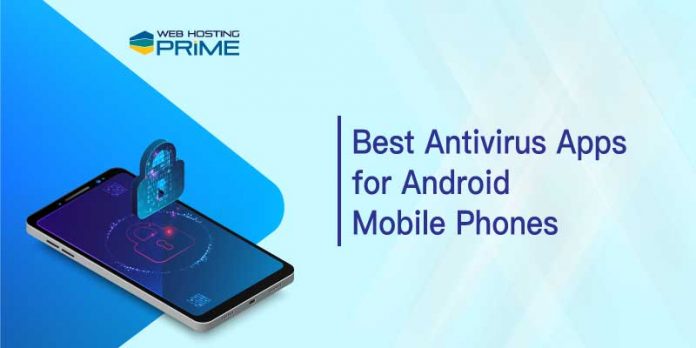 Here in this post, we have explained in detail some of the best antivirus applications for your Android smartphones. So let us get started.

Although all the Android devices come equipped with safety features, your smartphone’s safety depends on how you use your mobile. Here are a few reasons why you need an antivirus application for your smartphone:

Factors to Consider While Choosing an Antivirus Application

Here are a few things you need to keep in mind while you are choosing an antivirus application for your device:

Avira Antivirus application is a new antivirus app when compared to the other applications. Although it is new in the market, it has grown in the last few years.

Avira is a highly recommended application because it is lighter than other antivirus applications like Norton Security.

When talking about the plans it offers, the free plan offers only basic features. In contrast, the premium or the paid version offers three plans with a robust VPN, password generator, and more.

Avast Mobile Security is another most popular antivirus application with over 10 million users and comes with tons of features.

The basic features of the application include a classic antivirus scanner, call blocker, app lock, a photo vault, anti-theft support, and a firewall for all the rooted devices. So it is an excellent tool that offers some effective booster features. However, you need to avoid using them.

The free version of the application offers almost all the features but comes with ads. The premium version offers some added security, zero ads and comes with the best and most expensive VPN.

AVG is another best antivirus application for Android smartphones. Since AVAST took over AVG in 2016, it offers a similar user experience.

It scans, detects viruses, and removes them from your phone. AVG has an anti-theft tracking feature via Google Map. Unlike AVAST, AVG does not offer rooted firewall availability.

However, you need to avoid using additional features such as phone boosting because it does not work. The pricing and plans are similar to the AVAST antivirus application.

This application automatically scans for viruses on a daily, weekly, or on-demand basis. Moreover, AVG also allows you to detect malware or viruses before downloading the application. AVG also protects your device from SMS spam.

Kaspersky is a paid and free antivirus application that offers SMS and call blocking, virus scans, protection from Trojans and malware, and more. However, the Kaspersky premium plan offers real-time data protection, app lock, and much more.

The best part about this application is that it does not offer unnecessary speed booster features. It is popular because this application focuses more on improving the existing features instead of expanding their applications.

Plus, the pricing is very budget-friendly if you want to secure one device only. However, the advanced features also allow you to connect 5-10 devices which can be pretty expensive.

Norton Mobile Security for Android smartphones offers a bundle of unique and best features like the App advisor by the Norton Mobile Insights and vets apps that protect your device from all the risks and help you save your battery life.

This Android antivirus application is also known for the top-notch protection it offers to users.

Other features of Norton are call blocking that protects your device from spam calls, WiFi security that offers alerts when you connect to an unsecured wireless network, and an anti-theft feature that remotely locks stolen or lost devices and wipes all the data from your device.

The major drawback of Norton Mobile Security is that it is very pricey compared to the other antivirus application.

Malwarebytes is another popular antivirus application compatible with Windows OS. One of the best things about Malwarebytes is its updated virus database, extensive support for malware and ransomware, a permission tracker, and much more.

Additionally, it also scans WhatsApp, Facebook, and SMS messages for any spam or malicious links. Of course, it offers basic virus and malware scanning.

The app lock is very simple and has a very intuitive interface, and occupies significantly less space. Moreover, the monthly and yearly plans are quite affordable.

McAfee is known as the oldest, largest, and heavy antivirus application that scans anti-theft, anti-spyware, and security locking features.

Moreover, it also clicks pictures of the person trying to unlock your phone, records locations before the phone reboots, and much more.

Moreover, McAfee offers many standalone applications for other things.

The major disadvantage of McAfee is that the user interface is outdated and does not look so good. Plus, the phone speed boosters do not work for the free version.

The basic paid plan offers photo and video backup, Internet protection, and an efficient app locker. The higher or, the costlier plan provides some added protection features like online banking.

Google Play Protect, combined with the security offered by Google Play, offers extended security to your device. Moreover, this application is so powerful that it can protect your device from any viruses and malware.

Moreover, this application is free and is probably installed on your device. It also saves a lot of battery and space on your device because it runs only fewer apps in the background.

Moreover, it is free to use, does not show pop-up ads, and has a speed booster function that does not work. It offers a password-safe function compatible with KeePass and has an authenticator feature that offers multi-factor authentication.

To keep your information safe and your device secured, you need to choose the best Android antivirus applications that will protect your phone and tablet from malicious applications, viruses, and other malware.

How to Code – Learn for Beginner’s