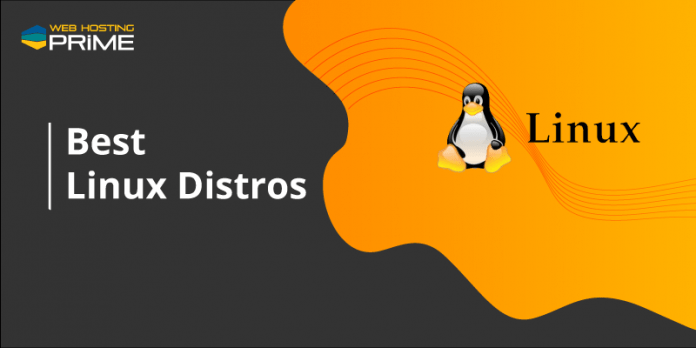 Being a robust operating system, Linux stands out from its peers in a lot of ways. From offering impeccable customization options to providing maximum flexibility, Linux has always been a game-changer, especially for developers.

If you are acquainted with Linux, you must be aware of how it operates and the role that Linux distributions a.k.a. Linux distros play. The next section is all about the latter part.

What are Linux Distros and Why Do We Need Them?

The way Linux operates is different from that of macOS and Microsoft Windows. Unlike these, Linux isn’t produced by a single organization. Instead, different organizations and people work on its different aspects.

The one who developed the core of Linux is different from the one who built the terminal interface and the one responsible for developing the commands that can be used with it.

System services, graphical programs, terminal commands, and other aspects of Linux are developed independently from another. They’re all open-source software distributed in the form of source code.

The intent of Linux distros is to take all these codes and open-source projects, and compile them into a single operating system – a Linux distribution – that you can boot up and install to serve some specific purpose(s).

This makes it convenient for you to get the complete package without wasting time on compiling and adjusting them to work together manually. This also liberates users to get maximum control over customization and making choices of the Linux distros as per their needs. Next, we are going to discuss the 10 best Linux distros to use in 2022. 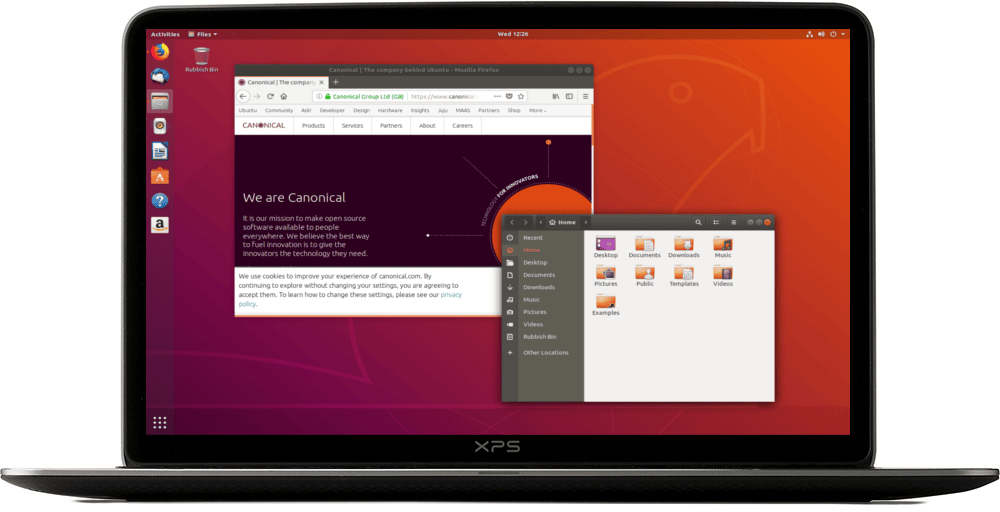 Developed by Canonical more than a decade ago, Ubuntu is the most popular Linux distro in existence enjoyed by users of all skill levels, may it be beginners, intermediate users, or professionals, from all around the globe. It even comes pre-installed on some laptops and desktops by big brands like HP and Dell. It is meant as an alternative for Windows.

Ubuntu comes with a user-friendly and elegant user interface, which makes it ideal for desktop users, especially newcomers, who are trying to wrap their heads around Linux. They can start quickly with default apps and work their way towards building a better understanding of the Linux operating system.

Amazingly, Ubuntu forms the basis of several other popular Linux distributions as well, such as Lubuntu 20.04 LTS, Kubuntu 20.04, and Linux Mint 20.04 LTS (Ulyana).

Linux Mint is another hugely popular Linux distro based on Ubuntu and therefore, it has almost all the applications available for Ubuntu. The straightforward and easy-to-use UI is one of the important reasons for it to become a prominent choice for new Linux users. It is available in 3 desktop environments:

Available only in 64-bit, it resides on Linux kernel 5.4 with new enhancements, such as improved support for AMD Navi 12, Intel Tiger Lake CPU, and NVIDIA GPU. Therefore, if you want a fast and stable Linux desktop to perform day-to-day tasks, like listening to music, watching videos, and enjoying gaming then Linux Mint can be the go-to option.

Linux Mint is a free and open-source Linux distro that installs quickly and easily from a USB or DVD and offers full multimedia support out-of-the-box. 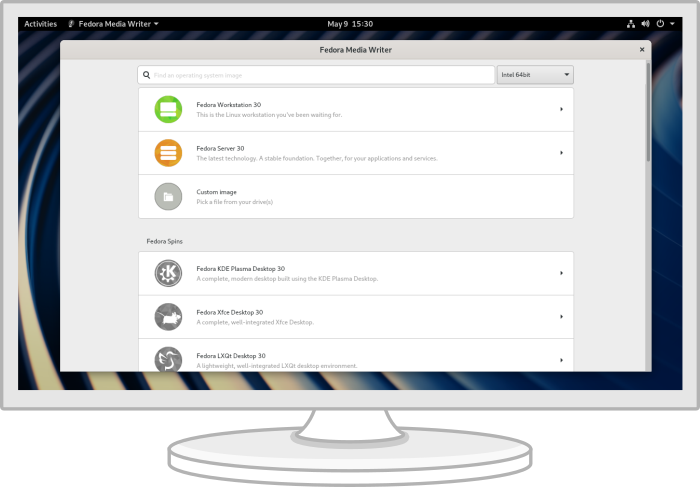 Fedora is an open-source Linux distribution that supports a user-friendly interface. It has a straightforward installation process and comes with preset apps that are more than enough to get started. The Linux distro comes in 3 editions:

Fedora is based on Red Hat Enterprise Linux (RHEL) and is popularly used by students and developers in the learning phase. For package management, Fedora uses the DNF package manager, which now comes as the default option. Also, you can install the GNOME software manager if you want to make it more graphical and avail a few additional perks.

Developed and maintained by System76, Pop!_OS is a Linux distro that comes with a galore of interesting features, which make it an interesting option, especially for gamers.

Pop!_OS stands out among the various gaming-oriented Linux distributions because it offers all the necessary plumbing for gamers. For example, it is developed considering the hybrid graphics work flawlessly on the platform.

Although based on Ubuntu, its UI is more interactive, fast, and smooth, and it offers great software packages via the Pop!_Shop. Moreover, it liberates users to save battery while gaming by allowing users to easily toggle between battery-saving and high-powered graphics mode.

Manjaro is based on the Arch Linux distro. While Arch Linux is developed considering advanced users and tech-savvy developers, Manjaro is tailored for beginners and those who are in the learning phase without stripping off the features that make Arch Linux great.

In essence, Manjaro offers all the goodness of Arch Linux, like the ease of installation and usable straight out-of-the-box. It comes with an interactive user interface and offers a bunch of useful built-in GUI (Graphical User Interface) applications. Moreover, it can automatically detect your system’s hardware and install the appropriate software. 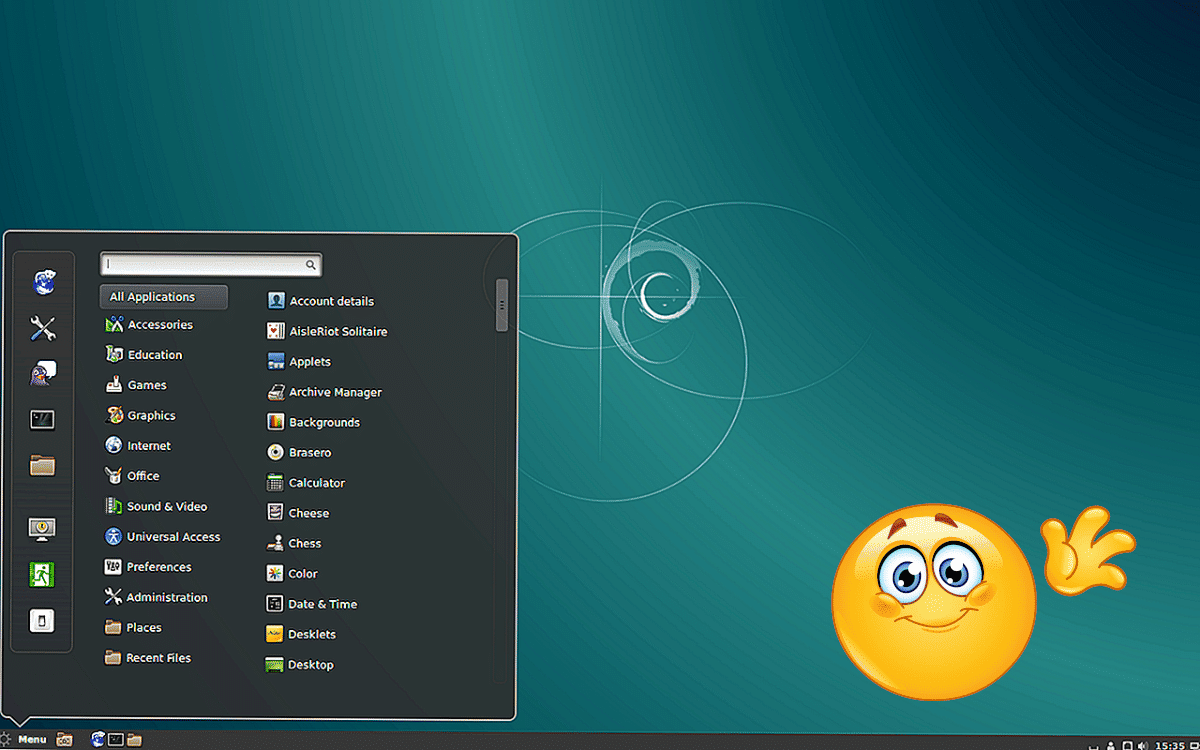 First released in 1996, Debian is one of the oldest and most powerful Linux distros which provides more than 59,000 software packages. It comes with many integrated desktop environments.

Debian is ideal for both workstations and server systems. The workstation version is embedded with pre-installed programs, like the Photoshop alternative, GIMP, Iceweasel internet browser, LibreOffice word processor, and VLC media player.

The popular Linux distribution comes in the following 3 versions. Users can choose one depending on how much maintenance and testing they wish to put into the OS: 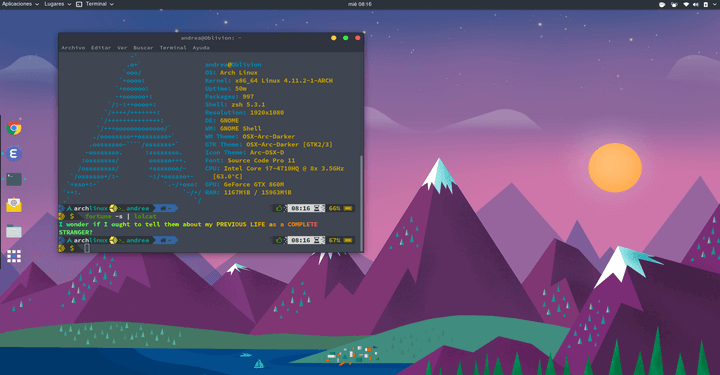 Arch Linux is a flexible and geeky Linux distro that is developed for advanced users and Linux experts who want to build their custom installations. They frequently share new releases and constantly update to the latest version that making it even more robust with each release.

It prioritizes clean coding above everything else. While other Linux distros are embedded with pre-installed apps, Arch Linux enables users to assemble their operating system from scratch as per an individual’s requirement.

Its wide-ranging package repository, management tools, and new release models are the basic ingredients that have given rise to several widely-used Linux-based projects, like Manjaro. 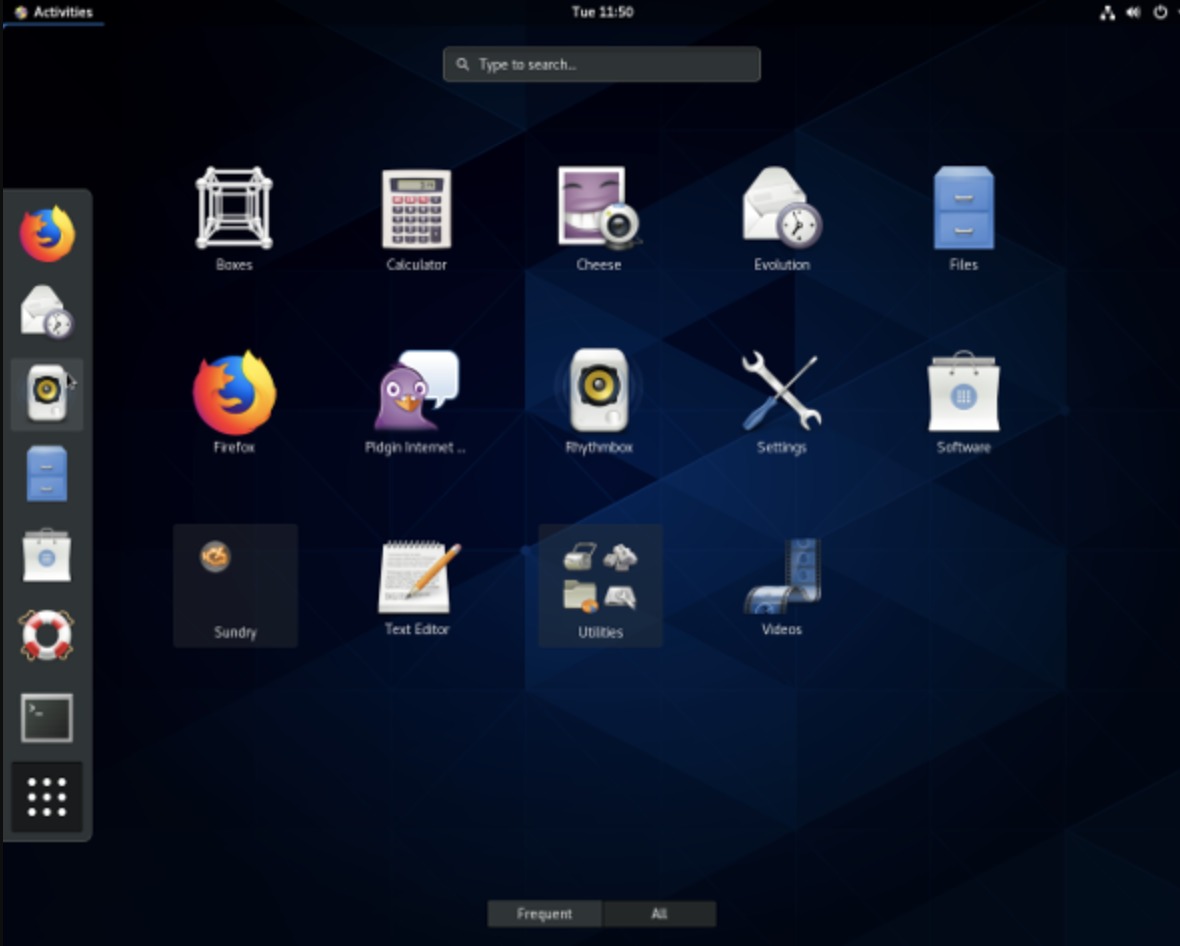 First released in 2004, CentOS is a community-driven free Linux distro that comes with an easy-to-use interface and is perfect for beginners. It is based on RHEL (Red Hat Enterprise Linux) and enables users to gain more stability and reliability along with frequent security and feature updates.

Along with a fast speed, CentOS does a reasonably good job when it comes to offering essential apps. However, you can take the help of RPM package managers, as this will empower you to do real magic when it comes to installing whatever comes to your mind.

Developed for professionals and Linux experts, Gentoo is a Linux distribution whose installation process is way harder but provides a lot of learning experience. Its extreme performance and a top-notch user and developer community are what make using Gentoo a superb experience.

It is recommended for those who want to have a deeper understanding of the ins and outs of the Linux operating system. Because of its near-unlimited compatibility with other programs, Gentoo Linux can be modified into a secure server, development workstation, professional desktop, gaming system, and whatever you need it to be.

Gentoo comes with a package management system called Portage, which is considered to be the heart of Gentoo as it performs many key functions. It is also a software distribution system that keeps the system up-to-date. 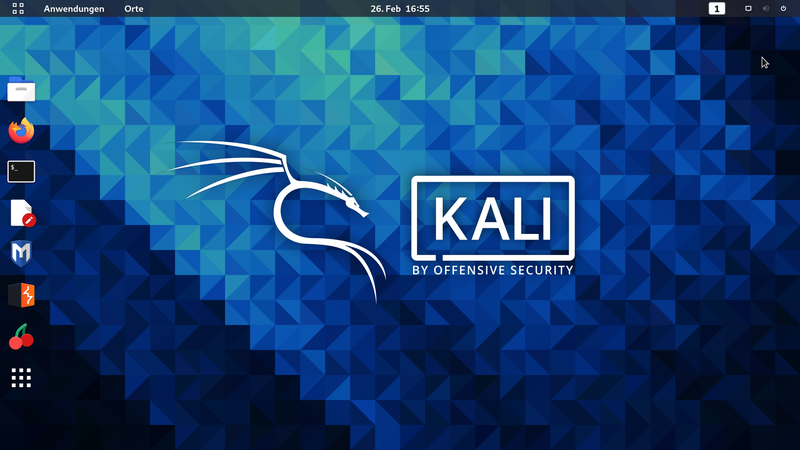 Kali Linux is an open-source Linux distribution specially designed for network analysts, ethical hackers, and penetration testers. In simple words, it is best suited for users who come under the umbrella of cybersecurity. It comes with 600+ pre-installed penetration testing and network security tools.

This Linux distribution is often misunderstood as a tool for hacking and cracking social accounts and web servers. However, it is another Debian distribution with a bunch of robust networking and security tools. It is a weapon to train and defend yourself against hacking and related activities, not to attack anyone.

Kali Linux runs smoothly on Android as well through Linux Deploy. If you’re up to any latest Android device, except Nexus or OnePlus, then you can try using the Android App “Linux Deploy” to get Kali seamlessly installed in a chroot environment.

Of course, there are tons of Linux distros available out there, but not all of them are efficient enough to get started with. We have mentioned the best 10 of them.

You can now choose one, or try many of them, from the list as per your needs.