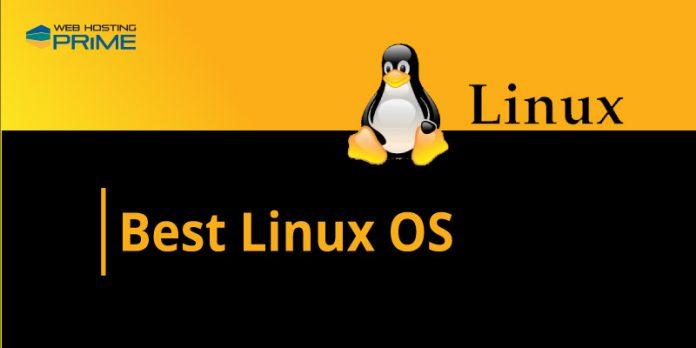 There is a huge list of Linux distributions that are available on the market. So if you are about to try Linux OS for the very first time, then it’s a tough call to make. The Linux operating system has certain complexities of which you might not be aware as a newbie. You may find the OS intriguing at first glance, but figuring out its features and functions will take a lot more time and knowledge.

If you are planning to switch on Linux for whatever reason, you should at least know where to start. The first thing you should know is that Linux is not a single operating system, but it has more than one hundred distributions. Based on useability, features, and of course, your requirements, you can choose and install a particular Linux distribution on your machine. Speaking of criteria, there are Linux distributions specially designed for newcomers. And in this post, we are going to talk about the 10 best Linux operating systems that are straightforward to use even if you are a newbie. Scroll through and get hold of our list now.

There are some important reasons why some people prefer Linux distros over macOS and Windows. But here we are going to discuss only the top 5 reasons that you need to consider.

A few years ago, Linux was only used for the server environment—to create and distribute applications over the Linux server. But today, Linux distributions work well as operating systems on PCs and have improved significantly in terms of performance and user experience over the years. Here are the top 5 reasons why shifting to a Linux distro can be a good idea:

It is not the complexities that make Linux unapproachable, but it’s the idea of using a new operating system. Therefore, using a Linux-based OS can be easy if you choose a distro that is ideal for beginners.

Many organizations use Linux OS to run file servers, print servers, content delivery systems, global caching servers, data archives, VPN servers, etc. Surely, Windows and macOS are easy to use, but Linux distributions have become more classy and user-friendly over the years. Linux is also considered to be more secure than Windows and macOS and makes software deployment quite easy. There are certain Linux distros that support enterprise-related tasks, and for that, you can consider these options:

Here we will talk about the best and most suitable Linux distributions for beginners:

Consider Nitrux to start your experience with the Linux operating system. This distribution is created using Ubuntu and the KDE Plasma desktop environment. With the help of Nitrux, you won’t have to build a suitable desktop environment from scratch because KDE Plasma made everything easier. It comes with several layouts that desktop users can try.

Nitrux has customized administration apps that help beginners complete regular tasks with ease. You can also install additional apps on your system to make everything easier. The biggest plus that you get with Nitrux is the Nitrux’s active community. Whenever you need any help with configuration, customization, or anything else, you can get proper assistance from someone within the community. Another great point about Nitrux is they allow users to use AppImages that makes it easy to install supplementary applications on a typical Linux environment.

You must have heard of Ubuntu OS since it is one of the most popular Linux distributions available to the day. After Windows and macOS, most people prefer using this operating system on their computer. One of the most appropriate reasons why Ubuntu is so popular is its highly intriguing and user-friendly desktop environment. Not only as a PC OS, but people use Ubuntu on email servers, file servers, web servers, and samba servers.

This Linux distribution comes with various pre-installed tools such as Google Cloud, Netflix, Google Chrome (Browser), VLC Media Player, etc. First-time users find this distribution very easy to use and ideal for starting their journey with Linux operating system. Ubuntu works with GNOME desktop, making it easy to install on any machine, and the user interface looks somewhat familiar to Windows Operating Systems.

The OS gives a unique user experience, and it has a software center from where you can install applications. However, if you need any help with troubleshooting Ubuntu problems, you can reach out to the Ubuntu forums and its online community. There you will find many experienced users who can help you with your concerns.

Zorin OS was developed in 2008, and its main purpose was to deliver a user-friendly Linux distribution. It is an alternative to Windows and macOS and is more powerful and secure. The Zorin Appearance app that comes within this operating system tweaks Zorin’s Gnome desktop to make it appear like Windows in both functionality and appearance. Zorin has several editions for the users, and among them, Core, Lite, and Education are the most popular ones. They are free to download and use on both desktops and laptops.

Zorin comes with all the essential applications that you will need on your desktop. The Core edition of the operating system is the standard edition. It comes with several fun games, office suits, etc. On the other hand, the Lite edition of Zorin is for older machines that lack performance to complete heavy tasks.

Linux Mint is also based on Ubuntu. It’s one of the massively popular Linux distributions that is suitable for beginners to use. The operating system comes with a pack of unique features and applications, and it is quite easy to navigate through the desktop environment. It comes with regular applications such as LibreOffice suite, Firefox, Pidgin, Thunderbird, and multimedia applications like VLC, Audacious media players, and more.

If you want to switch to a Linux distro for any reason, Mint can be a good option. Mint offers all the advantages that Ubuntu offers, plus it comes with Cinnamon, Xfce, and MATE desktop environments. The Linux Mint Cinnamon edition is extremely popular. The 20th edition of Linux Mint has recently been published. It is based on Ubuntu 20.04 LTS.

If you are looking for a Linux distribution that looks and feels premium like macOS, Elementary OS can be your ultimate choice. It is similar to macOS in terms of appearance and user experience. Definitely, it is not an exact copy of the Mac OS, but if you have wide experience working on the Apple ecosystem, Elementary OS will make it easy for you to switch on to Linux. It is also a Ubuntu-based operating system that comes with the Pantheon desktop environment.

However, the collection of pre-installed software programs on Elementary is not wide, so you will have to install applications on your own. Elementary only has a calculator, music player, calendar, screenshots, and other basic apps, but if you are looking for Spotify or Netflix, you will have to install them. It has its own App center from where you can download and install Linux-based applications.

POP!_OS is another Linux distribution based on Ubuntu that is developed and maintained by System76. The POP!_OS comes with various game-friendly features, including Auto-Tiling with Pop Shell, Firmware Management, and more. And as it is a Ubuntu LTS based system, it offers Gnome.

In short, Pop!_OS is for gamers as all its features and functions are focused on providing gamers with an out-of-the-box experience. It allows you to use a hybrid graphics card that lets you launch the games on the GPU in the context menu. There you can switch from high-performance to battery-saving mode with a toggle button. It comes with Steam, Lutris, and GameHub desktop applications.

Linux Lite is one more Linux distro based on Ubuntu that is pretty easy to use. The OS is known to be much lighter than most other Linux distributions. Though Linux Lite also comes with various pre-installed applications, most of these apps are not that useful. The list of basic pre-installed apps includes applications such as calculator, calendar, alarm clock, file manager, etc.

If you have been a Windows user, Linux Lite can help you switch to Linux OS as it contains a similar UI. It features the Xfce desktop environment. Linux Lite has been in the market for quite some time now, but previously, it wasn’t that efficient as it is now. Over the years, developers have released new features and functions to improve the overall user experience.

Manjaro Linux is for those who want to experience something out of the box. It is highly customizable. The OS is based on Arch Linux and comes with frequent updates to keep your system files bug-free and updated.

Since Manjaro is not a Ubuntu-based distribution, many users have second thoughts. But the OS is pretty simple and comes with a very intuitive interface. Therefore, even if you are using a Linux-based OS for the very first time, you won’t face any difficulties. Manjaro comes with a wide range of tools and software programs pre-installed; you get apps such as AbiWord, Akregator, KMail Import Wizard, Avahi Zeroconf Browser, and more. By installing Manjaro Linux, you can get access to environments like XFCE, KDE, Gnome, and Cinnamon.

Ubuntu Budgie is a traditional version of Ubuntu distribution but comes with a new and modern-styled sleek budgie desktop. Recently, the operating system has released a new version update, 20.04 LTS. If you have been a macOS user thinking of shifting to Linux, you may consider Ubuntu Budgie as it looks simple yet premium.

No matter if you are looking to install the operating system on your new workstation or on an old computer, the Ubuntu Budgie can adapt quite well. In fact, with this Linux distribution, you get the perfect blend of Ubuntu and a Budgie Desktop. The OS is completely bloat-free; thus, it feels amazingly light and fast. Ubuntu Budgie offers you a customizable and fully optimized user experience on both your desktop and laptop. All in all, it’s fairly easy to use and offers the finest desktop management experience with feature-rich applications such as Applet, QuickNote, etc.

Many people used to think that Linux does not offer the same applications and utilities as Windows. But the truth is that you get the majority of enterprise-supported tools in Linux OS that you find in Windows. For example, you will get QuickBooks Pro, Salesforce, Google Docs, Microsoft Office, Base Camp, and Skype on your Linux distro as cloud-based or SaaS apps. These apps are suitable for managing your day-to-day business operations seamlessly.

If you research more about it, you will find that Linux is the most secure operating system; no wonder developers prefer to use it. Linux-based operating systems come with advanced security features that make them better than Windows and macOS.

Red Hat Enterprise Linux Desktop is more focused on business applications rather than general use. Since it is purely designed for professional use, you can expect it to be more stable and secure than most Linux distros. It supports MS Office tools, Quickbooks, AWS, SAP, and more tools and technologies.

You require enterprise-grade versions of Linux OS to process and manage your business-related workforce. Therefore, if you are already experienced in managing Linux desktop, you can go with a professional Linux distro like the Red Hat Enterprise Linux. For beginners, it’ll be a wise option to pick a distro from the list of 10 Best Linux OS that we have mentioned above.