Home Software Best Version Control Software To Use In 2022 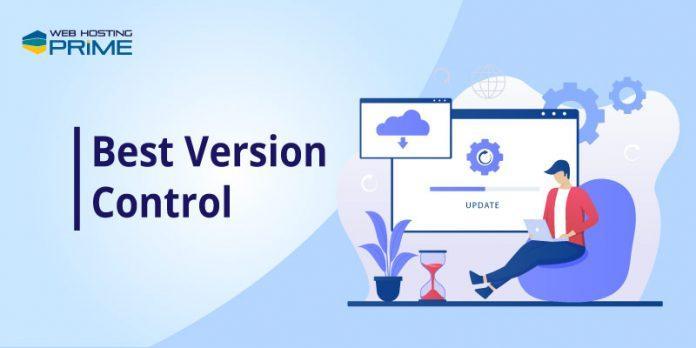 There are certain systems that can be used to keep track of changes to software development projects and also allow the members of the team to change and work on the same project files. These systems are known as version control systems, sometimes often referred to as source control or revision control systems.

Version control systems also allow developers to manage changes to software code and isolate their own work through branches. These are designed to protect one developer’s code changes from code changes made in other branches.

However, these branches can be merged when all the developers are in unison. Version control systems are essential in an environment where various members of the team collaboratively and distributively work on the source code.

Developers can automatically track their work, keep a tab on all changes, and go back to previous versions of a project when required with a VCS. All of the code changes and branches are stored in a repository. Therefore, this enables developers to reverse the changes with minimum disruption if there is a mistake or error.

A version control hosting solution is required when choosing a version control system in order to host the master repository where the team of developers carries out the changes in the software code.

Microsoft’s version control software allows teams to share the changes in code, track the changes, and ship software, and you can do all of it in many languages. Microsoft Team Foundation Server is an ideal complement to your IDE.

A fully-managed version control system, AWS CodeCommit is designed to enable firms to host extremely secure and scalable private Git repositories. Developers can employ this service to store anything, ranging from source code to binaries under high security, and you do not require anything else apart from your existing Git tools.

One of the easiest version controls to learn, Git comes with a small footprint and with extremely fast performance. It easily outshines SCM tools like Perforce, Subversion, ClearCase, and CVS due to the presence of great tools, for example, functional staging areas, economical branching locally, and multiple workflows.

An open-source (free) version control system, Subversion was founded in 2000 by CollabNet, Inc. It has become really popular in the last decade, and it continued to enjoy widespread success in both the open-source industry as well as in the corporate world.

Helix Core is a fast, enterprise-class source control system designed for more collaborative development of software for both small and big teams. Helix Core also offers tools, such as Git and Visual Studio.

It comes with great features, such as immensely fast workflows, support for all types of files, and many more. There are numerous organizations and companies around the world that use Helix Core in building and delivering complex digital software of higher quality in less time.

FogBugz is a source version control system that offers developers all the features they require in making software collaboratively, such as issue tracking, project management, and support, along with good processing to deliver your digital product.

This software lets them see the issue, the project info, along with the updates from the tools you have integrated with their version control. In addition to this, FogBuz helps you in developing great software by providing you with expert advice and guidance.

Mercurial is an open-source source control tool that enables developers to efficiently manage and handle digital projects of any size and provides an easy and user-friendly interface.

Plastic SCM is a version control system that is mainly distributed, but to make things easier for the developer, it can work centralized as well.

This version control tool can make the lives of developers much easier because it is great at branching among the team members and merging all the branches. It can handle projects of any size and provides access to GUIs and tools that lead to even simpler development of digital products.

CVS is one of the top version control systems and SCMs. This system allows the developers to keep track of the history of source files and documents and it offers the same features as free software packages like RCS, Aegis, and PRCS have.

What is the Need for Version Control Systems?

Version control systems are virtually necessary for any software development environment as:

There are 3 types of version control systems available:

Following are some of the best features of version control systems:

There are certain best practices for using version control systems that every software developer should be aware of. We will discuss them here. These practices are easy to implement and do not involve obscure methods.

It can prove to be really helpful in the future if you ensure that whenever you make a change, you describe why you made that change. This will help anyone who is examining the changes. If anyone is trying to find the changes related to a given concept, they can easily use the search feature in the commit messages, and they can quickly find what they were looking for.

2. Each of your commits should be a logical unit

As a developer, you should make sure that each of your commits should have completely fulfilled a single purpose. Due to this, it becomes easy for someone who is locating the changes related to some particular concept or bug fix to view them all together in a single place and manage them.

If one commit has code that fulfills multiple purposes, then it compromises the history feature of the version control system.

3. Try not to run indiscriminate commits

It is recommended not to run any commit without supplying file names because these commands commit all the changed files. When you do not supply file names, you create a single commit that serves multiple purposes.

Therefore, in order to avoid mistakenly running more commits than originally desired, you should run the commands given below:

However, in order to help you choose, if we had to choose one that is the best among all the systems mentioned here, we would tell you to go for AWS CodeCommit. It is powered by Amazon Web Services and boasts all the VCS features you will require to successfully develop software. You can sign up for its free trial to see if it suits you and your project.

What is Open Source Software? What Do You Need to Know About It?