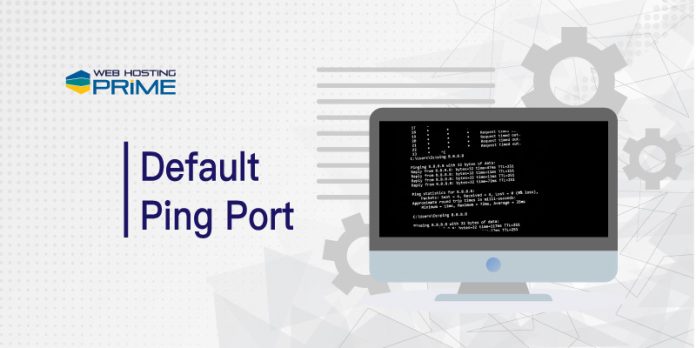 The Internet is a very helpful technology to transmit important data even overseas within seconds. Internet technology backs the way several computers are connected over the network. The TCP/IP protocols transmit the data successfully from one device to the other. But what to do when you are unable to access a network? That’s where ping comes in.

In this article, you will learn what ping is, the different TCP/IP ports and a default ping port are, and what it all means.

What Does Ping Mean?

Ping is the time in which your computer sends some data to a server and receives it back. It is a network command-line tool that is used to check whether a specific IP address is accessible or not. You can understand it as a troubleshooting measure. It measures the time it is taking to ping. Its unit of measurement is milliseconds, so you can understand the speed at which the Internet is supposed to work. In measuring Internet speed and online gaming speed, ping plays an important role. If you ever face any delay in transmission, you can conduct a ping test and troubleshoot the problem.

Before we answer the query ‘what is the default Ping port?’, you must learn how these things work. A brief overview of TCP/IP/ ICMP protocol will clear the air for you.

There are different layers on your network which work together. Every layer has a different function. Whenever you send a message or interact over the Internet, it is sent via Internet Protocol. You can understand it as a computer’s phone number. Every computer has a certain IP address. When a computer designates a packet to a certain IP address, the IP takes it via the designated route to the designated user.

To take it further, another layer has been added to IP, which is known as Transmission Control Protocol (TCP). Together they make TCP/IP protocol. Today every transmission over the Internet, including email, uses TCP/IP protocol. With its use, computers can send communication and ensure the delivery of the packet. UDP or User Datagram Protocol is another protocol that lies on top of IP to send data quickly. The audio and video streaming apps use this protocol.

All these protocols that we have mentioned here use specific ports to connect to a network. However, these are not physical ports that you can locate in your computer but virtual ports designated to carry out certain functions. For example, Port 80 for HTTP, Port 20 and 21 for FTP, Port 25 for SMTP, etc.

Apart from TCP and UDP, there is an ICMP protocol that runs over IP. The abbreviation refers to Internet Control Message Protocol. It uses ping to diagnose connectivity problems. It is via ICMP that the ping command transmits the ICMP message only to receive it back, to assess the network speed.

ICMP is a part of IP. You can understand it as a messenger of the receiver that reports the sender about the unreachable hosts. The ping command uses ICMP and sends an echo message to a host, and the host replies with an echo reply whether it has been received or not. It is not an actual transmission protocol that sends any crucial data but only a protocol that is used when there is an error in data transmission.

Which Port is the Default Ping Port?

How to Ping Specific Port Number?

When you face a connectivity issue with an IP address, pinging the port is the first step you should take for troubleshooting. It uses ICMP to check if the connection is alive or not. You must ping both the IP and the port to obtain the information.

There are multiple ways to ping a port.

First, you must install it on your system if you don’t have it already.

Use the command given below:

Now use it to ping the port with the following command:

You can alternatively put domain name instead of IP address:

If you can establish a connection, it means that your service is running. Now you can quit the utility by using the “q” command or pressing “Ctrl”+” J”.

These commands are the same for both Windows and Unix users.

You can also use the nc command to ping by using the host and the port number.

If your system does not have nc command, you can install it by executing the following command:

These commands work for Unix users.

If the connection gets established, your service is working. Else, it will show an error message.

This is for Windows users. Here, you will use the “Test-Net Connection” command. The command goes like this:

That’s all it takes with Powershell.

You can also ping a specific port by using nmap command, but only use it for accessing local ports; else, there can be legal repercussions. First, install nmap on your system by using the following command:

You can also scan the port range with the help of nmap. Run the following command to scan-

This command will scan ports in the range of 1 to 50.

It is all you need to know about the default ping port, how you can test a connection, how ICMP works, and how to use some simple commands to ping a specific port. All the technicians use the ping port daily to troubleshoot the issues. You can also test these commands and check your newest pining skills to check the connections of some popular websites. Sometimes, these commands may not work due to an external issue like your Internet service provider has some issues, or any of your wires have gone bad, etc. But whenever you need, ping and find out the problem.