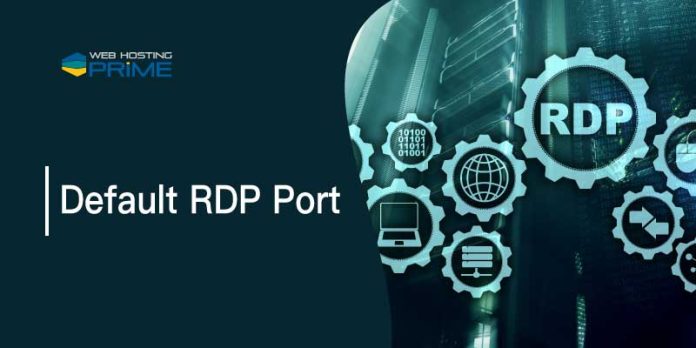 Remote Desktop Protocol (RDP) refers to remote connections with other computers. It is a Microsoft proprietary protocol that connects over TCP port 3389. The channel being encrypted allows for access to the other system to perform remote functions. The only condition is that the host and the system user should have a remote desktop protocol, i.e. RDP.

Since RDP is all about remote access, it’s crucial to understand the various types of remote access users. These include LAN (Local Area Network), WAN (Wide Area Network), VPN (Virtual Private Network). All these three are used in day-to-day lives connecting far set systems, making it possible for devices spread wide to work together in a rhythm.

However, RDP has a more significant role in performing tasks like detecting network issues, login to servers, and doing various remote actions. Cyber threat actors also use the RDP to get access to personal information, and they misconfigure RDP ports that allow gaining access to the network.

Since its inception, Microsoft has made changes from time to time with up-to-date features as required. The latest is version 10.0, which includes allowing the terminal session access to both local serial ports and parallel ports, sharing the clipboard by both host and the remote system, and many more.

Apart from the default RDP (3389), there are other RDPs as well which are used. These include port number 22, which is also used for secure shell communication, thus allowing remote access to the host. The best part of using the default RDP is that Microsoft removed all the complexities related to the protocol stack. That assists in arranging only the precise information in a proper manner and format. RDP’s design also helps to remove the traffic and clogging of the various systems connected.

RDP takes help from other applications like MCSMUX, GCC, Wdtshare.sys, and Tdtcp.sys. They all work together to provide for the creation or deletion of various resources.

The working of RDP may be slightly frustrating as the speed of response depends on various factors. Port 2289 is used during the work between the remote systems. Information like mouse movements, keystrokes, and the desktop display, etc. is sent over the channel via TCP/IP, which acts as a transport system for the Internet.

Even the slight movement done in the host system takes about a fraction of a second to reflect on the remote system, thus causing minor delays, which are understandable.

However, this problem of minor delays can prolong or may lead to significant delays if any of the host or remote systems have a slow Internet connection. And that’s why having good Internet speed is always advisable.

If the host wants to have full access to the remote system, Full Admin RDP is preferred. It provides access to the operating system and all the features associated with it. Business professionals mostly use this.

Since the RDP has become a common name in the business household, one may find various places to buy the RDP as per their business needs or demands. Apart from Microsoft’s default RDP that comes inbuilt in the system, various other RDPs are also present in the market.

Need for RDP and its Types

The need for RDP or remote access was always present but has touched whole another height. Thus, we must understand the concept of RDP. There are ways to use this feature, like connection over the Internet or the network system mentioned earlier.

Since it opens the system to others, cyber-attacks are very quick to come to mind. Microsoft already took care of the problem to prevent cyber attacks and leakage of any sensitive information to some extent. Default (RDP) Remote Desktop Protocol is already built in the systems of the computers, allowing it to interface with multiple systems safely. The port proves to be of use in a situation when there are a large number of failed attempts on the host port. The private port by default in the system is 3389, which can be changed if required. The other types are independent computing architecture (ICA) and Virtual Network Computing (VNC).

One may get confused between cloud computing and RDP because both allow a person to access files present on other computers. But the catch is that in RDP, the person on the host computer can physically access all that is present in the remote system. Be it files, personal data, or any other thing. But hackers have more chances of cloud computing getting stolen, and many companies do not prefer to choose cloud computing.

How Secure is Windows Remote Desktop?

RDP (Remote Desktop Protocol) works over an encoded channel. It prevents outsiders from getting access by tuning with your network. Whereas, there is a weakness in the strategy used to encode sessions in the old version of RDP. This downside can permit unapproved admittance to your sessions man-in-the-center attack.

Although, Remote Desktop Protocol is safer than remote administration tools. These tools are VNC that don’t encode the session; whenever you grant the administrator access to a system, it concedes distantly there are some risks.

The below tips will assist with secure Remote Desktop access to the two servers and desktops that you support;

How to Change RDP?

One can change the default RDP from the settings of the host system and remote system. The simple steps that you need to follow are:

Since this is a clear picture of RDP, the goal of this information was for the reader to have a fundamental knowledge of RDP’s methodology and ability in daily usage.

The capability of an RDP is somewhat high, with over 4.5 million RDP servers presented to the web. While not all RDP servers are Windows servers, there are some general weaknesses in various RDP server executions, demonstrating that Windows isn’t the only target. RDP is a complex protocol with different expansions. Due to these complexities, it is possible to discover the various defects. Thus, RDP has a significant role in the communication of multiple systems with each other.