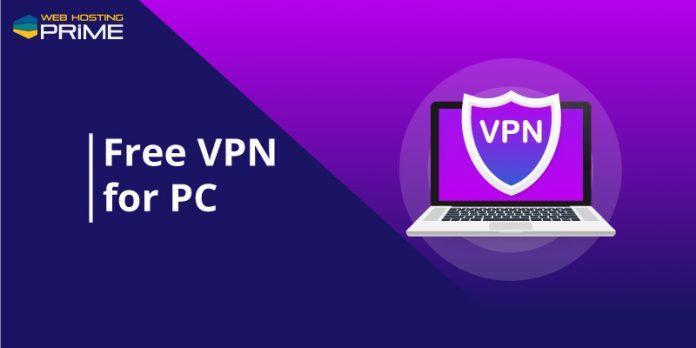 We got our experts to test some of the best apps and name their top choices in order to help you find the best VPN services for your needs without having to go through hundreds of VPN providers.

It’s difficult not to think about your online data and protection, with stories of data breaches, ransomware attacks, identity hacks, etc. coming out every week.

Needless to say, more and more people turn to VPN services while accessing the internet to hide their real identity and thus keep their data and devices secure. With the demand for VPNs, it is only normal for VPN suppliers to improve their services.

There are currently so many advanced VPN applications in the market that it is very confusing for an average user to find the VPN that best meets his needs.

In order to verify how various VPNs operate in terms of speed and security, we tested them on numerous platforms. We also look at the corporations behind the VPNs; we want the firms to be located in places beyond the control of Five Eyes, Nine Eyes and 14 Eyes, which means they can’t legitimately be obliged to hand over their client details.

What is a VPN Service?

In the times when most of the work is done online, a lot of users search for privacy but it becomes quite hard when the government and the ISPs(Internet Service Providers) are constantly tracking your movements online. That is why more and more individuals are beginning to rely on VPNs to keep their online activities secure and private. But the whole thing seems very complex and difficult to understand for someone who has just become aware of the acronym ‘VPN’. VPN is brief for Virtual Private Network.

A VPN service is an application that allows users to keep their online activities private and protected by concealing their IP address. Almost all of the best VPN providers also have another essential feature, encrypting all data to add an extra layer of protection before online transmission.

How Do VPN Services Work?

VPN manufacturers add more and more features to their applications each year, but the basic functionality remains almost unchanged when you strip away all the bells and whistles. This is how it functions with a simple VPN:

When you open the VPN client on your computer and turn it on, all the data that your device sends over the internet is encrypted. And, since the encryption occurs before your files leave the gadget, no third-party can take a look at your private information.

Secondly, once the information is encrypted, the data is sent to your VPN’s servers instead of sending it to your ISP, which then transfers it to your desired place. The group on the receiving end sees the details coming from the location of the servers of your VPN. This way, VPNs mask the location and IP address of the user.

Is It Legal to Use VPN Services?

VPNs are entirely legal to use in most countries. As the idea of online privacy disappears, many assume that VPNs are now a requirement. That said, while in most parts of the world VPNs are legal, any unlawful actions carried out using VPNs are still deemed illegal.

In certain countries, the use of VPN apps is limited or prohibited. China, North Korea, Iraq, Iran, Russia, Belarus, the United Arab States, and Oman are some examples of the aforesaid. The penalties levied on VPNs by these countries vary.

To prepare the best VPN services in the 2022 list, we also read the privacy policies of each company to see what customer information they hold and whether or not they have been shared. Finally, we test VPN applications on PC and check the customer service system. The list we prepared of the best 10 VPN picks are as follows:

If you ask a seasoned specialist to name a single VPN, it would definitely be ExpressVPN. That’s how huge and popular this VPN provider is! ExpressVPN is considered by a number of people the best VPN for PC.

They have a network of more than 3,000 servers at 94 locations that allow users to select from 160 different locations. And, while ExpressVPN provides almost 30 locations throughout the Asia-Pacific region, most sites are located in the U.S. and Europe.

NordVPN is a major name in securing online privacy with its headquarters in Panama. It is pretty much everything you need to ensure secure online browsing, from password manager to encryption software. Yet their VPN remains the best offering and, frankly, it is not difficult to grasp why.

With 5,600+ servers in 60 locations offering users secure and easy Internet connectivity, it’s hard not to fall in love with NordVPN. It provides some of the best VPN functionality you’d dream of.

In addition, the VPN provider supports all major platforms, including Windows, Linux, and macOS. You can use this VPN concurrently on 6 devices.

A, comparatively, new child on the block, IPVanish is one of Chrome’s best VPNs. IPVanish has over 1,300 cloud networks covering about 55 countries. The software company claims it to be the world’s fastest VPN service. The speed loss using IPVanish is quite less compared to some of the other VPN services which makes it great.

The price may seem steep for some, but you need to compromise on price if you are searching for one of the better-performing VPNs. The VPN supports P2P, which links users to the closest server, meaning that files can be accessed easily.

TunnelBear is one of the best VPN services for beginners. It does not have the longest list of features like the other VPN services on the list but it is very good at providing the solid service that you’d want from a VPN.

The privacy and security on this one is pretty good which is really essential when selecting a VPN. Overall, it is very good for casual users who need VPN just occasionally.

TunnelBear only provides 20+ sites, which is poor if you look at what its rivals do. However, TunnelBear provides a publicly downloadable edition with a monthly surfing limit of 500MB.

First, while the VPN and the browser each have “Tor” in their names and anonymity, they are not connected together. TorGuard is named “tor” because it preserves the anonymity of its users while torrenting.

A network of more than 3,000 servers is available at TorGuard with over 50+ sites to choose from. It’s packed with encryption and anonymity features and that is why our experts loved using it.

And for several features, of course, you have to be able to change the configuration of each function. On this front too, TorGuard delivers.

Well, TorGuard supports all the major OS platforms like Android, iOS, Windows, MacOS, and Linux as well. The customer support is also excellent with TorGuard.

CyberGhost has been offering one of the best VPN systems in the industry for many years with over 5,300 servers distributed over 90+ locations. The best evidence of service efficiency is the customer base, which has already hit 10 million.

You can use a certain user interface with the programs and that just adds more to the vast amount of functionality that this VPN can cram into its PC client.

In these technologically advanced times, most VPN apps are aiming to make the software as sophisticated as possible, incorporating nuanced functionality. PrivateVPN, however, is an application that aims to provide top-quality VPN services while rendering matters easy and clean.

As the name suggests, the key issue of this software is the safety of its users. It provides features, including ASE-256 data encryption and IPv6 leak protection to ensure user privacy, making PrivateVPN one of the best VPN services.

What appeals about Surfshark are the two-year contracts ($1.99 a month). However, our experts were most shocked that Surfshark not only offers a VPN for a great deal but also includes nearly all the new and greatest features.

Surfshark has a network of over 800 servers spanning 50+ locations and it is unbelievable how quick the speeds are. The VPN also supports all big platforms, such as Linux and macOS. Another nice thing about this app is that it simultaneously supports infinite smartphones. The majority of VPNs endorse a limit of 5 to 6 units!

In addition, we were pretty impressed when our experts tested their mobile apps. They also named Surfshark one of the best VPNs for mobiles.

The company behind VyprVPN is based in Switzerland which is super privacy-friendly and so when it comes to personal privacy, this VPN does not play around. In addition, their server network is 700+ and is extended to more than 70 places.

What we liked about the VPN provider was that this app focused on Asia, the Middle East, and South America, unlike its competitors, who mainly focus on America and Europe in terms of the available locations. What is good about their servers is that each is owned by the company and thus no third-party access to the server is possible.

The reason many customers use VeePN is that it is one of the best VPN services in the market. VeePN has more than 2,500 servers across 50 locations around the globe to ensure exclusive connection speed.

In order to keep your data secure and to mask your location and IP address, VeePN uses 256-bit AES encryption. Up to 10 devices can be linked with a single VeePN account. The VPN app remains the most user-friendly VPN application.

The demand for VPNs is huge and thus, competitive. It is easy to get lost and confused in the noise created by each VPN’s marketing engines. Our experts tested some of the best and famous VPN services and we have presented you with all the pros and cons of each VPN provider.

We have listed down some of the best VPN service providers that are available right now. You can choose either of them according to your needs. Keep in mind that the most important aspect of any VPN is privacy and security. These VPNs come with top class privacy and security so that your data isn’t always compromised online.