Home Server How to Create a Teamspeak Server( Windows) 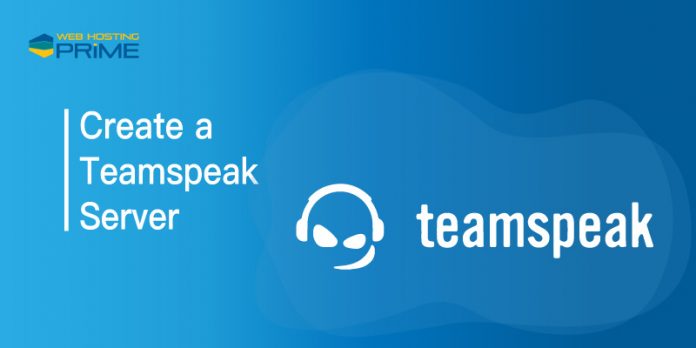 When you are a gamer who plays multiplayer games online, Voice over Internet Protocols assumes immense significance. Having such a reliable VoIP enables you to communicate with your fellow gamers during a game. It also effectively heightens your overall online gaming experience. Teamspeak is such VoIP software, having apps: first, a client, and the second, a server. While the former helps you sign in to Teamspeak, the latter brings about a connection between all the clients. One can find the client app for downloading on Teamspeak’s official site. The server, however, requires some setup first.

Provided that you’re not familiar with how to do so, this article would help you. Here, we aim to teach you how you can create a Teamspeak server with ease. But first, you got to know about some stuff before you can proceed further.

What is Voice over Internet Protocol (VoIP)?

VoIP is a wonderful tech intended to enable users to connect with others via phone calls. A stable internet connection, however, is crucial to do so. Also, one of its most amazing features is that it offers its users multitasking ability. That means users can keep performing other tasks while they’re connected with other users using VoIP.

Today, the market is seeing a flood of tons of VoIPs. But among them, Teamspeak has been capable of accumulating lots of hype. It has slowly become an ace choice of gamers for its plethora of amazing features and pros. Let us see what Teamspeak is in brief.

As we said earlier, Teamspeak is an awesome VoIP software offering tons of incredible perks. It was launched in the market back in 2001 and has, since then, become a top choice for gamers worldwide. Of course, being VoIP software, it lets gamers communicate with other gamers while they’re playing a session.

The VoIP technology of Teamspeak offers tons of features, including the ability to make virtual rooms, chat, send/receive media, etc. Besides that, Teamspeak offers its users with high-quality audio calls to connect with gaming partners. It is helpful, especially to persons willing to take gaming more seriously. Because it’s absolutely essential for real gamers to opt for real-time intercommunication. It ensures both a team triumph as well as having a good convo.

Its best part is perhaps the fact that Teamspeak goes through constant improvement and its lag-freeness. No gamer wants their VoIP lag during an important session and thus, loses the game due to miscommunication.

Even after all this, if you’re wondering why to pick Teamspeak over any other VoIP, here are its five benefits.

The audio quality of Teamspeak is unmatched. Yes, trust us when we tell you that Teamspeak has perhaps the best voice quality among all VoIPs. The realm of online gaming is so fast-paced that even a negligible amount of lag could cost someone a round/match. The record-low latency rate you can expect to receive from Teamspeak guards against any such possibility.

Apart from this, Teamspeak incorporates some other great features too. Those include machine learning, keystroke suppression, and so on. It also utilizes modern tech that helps cancel background noises, detects voices more effectively, enable multitracking, and so on. Such a plethora of features makes the voice quality all the better. The audio quality ensures that some of the world’s gaming behemoths embrace Teamspeak wholeheartedly.

Another great feature of Teamspeak’s latest edition (Teamspeak 5) has unveiled an encrypted messaging system. It empowers users to DM each other in all cases. That means, even if a user doesn’t connect themselves to a Teamspeak server, they can still receive DMs. And, the greatest thing is its end-to-end encryption.

All the private messages sent/received over Teamspeak is just that – private. Nobody else could view or read those texts except the sender/receiver. Besides private chats, group chats are encrypted as well. That means a Teamspeak user doesn’t have to indulge themselves in worrying about their security or privacy. Such a feature gives more power and control to the gamers over their communication with each other.

Gamers who live stream their gaming sessions know what Twitch is. No doubt, Twitch is an ace among the various live streaming platforms available today. Many Twitch streamers tend to assign roles to some of their special fans. By making them moderators or VIPs, streamers get to interact with their fans more. Nonetheless, these roles or special privileges only function within the boundaries of Twitch.

However, Teamspeak lets its users integrate Twitch into the VoIP app with ease. How? Teamspeak copies the streamers’ special privileges/roles directly from Twitch into its server automatically. Thus, it ditches the boring manual repetition of the same and makes the process easier.

That means Twitch streamers could utilize this easy Teamspeak server access as a bonus for their latest moderators, VIPs, etc. That too, without any extra hassle. Talk about a win-win.

Teamspeak is known for treating its users’ information as gold. It offers them top-notch security and allows them to have full control over their personal info.

Many corporate houses tend to sell their users’ personal data for reaping monetary benefits out of it. In recent years, such selling of private info has taken a more prevalent form. It not only puts the users at risk but also makes them sceptical towards all such platforms.

However, while using the Teamspeak app, the users can keep such worries at bay. Its military-grade security ensures that they don’t suffer any hacking attacks or something similar. Marc Henson, Teamspeak’s Head of Marketing, stated that Teamspeak didn’t and would never leak its users’ data in any case. He assured that the company would never indulge itself in earning revenue through the selling of its users’ personal info.

Ease of setting up private servers

Teamspeak provides its users with the option of using a Teamspeak server if they please. However, if they’re not up for it, the users can use a private server on their PC.

Teamspeak’s client-server architecture lets users in the same team have their private voice server. Such a server may be online or local. And, what’s more, awesome is that it’s not something tricky or bothersome. All it takes is some mouse clicks, and that’s it. Your private voice server is ready to roll, and you can avail all its facilities.

Besides that, Teamspeak also offers a version utilizing LAN. This version is particularly popular among various top electronic sports organizers in the world. Equipped with offline functionality, it gives full control to such organizers.

Setting up a Teamspeak server

Now, coming to the setup part, the process is not quantum mechanics. It’s a piece of cake if done right. Let’s get into it:

Step 1 – Check out the version of your Windows OS

As we mentioned already, Teamspeak comprises two apps – the client app and the server app. Apart from that, both apps also have two different downloadable software for 32 and 64-bit Windows. If you’re unaware of your Windows version, it’s crucial that you check it out before proceeding further. You can find that in the Device Specifications of your PC.

Once you’re aware of your Windows version, navigate to teamspeak.com/en/downloads/#server and click the Download button based on your OS version.

Extract the downloaded ZIP file using any reliable ZIP extractor, and double-click on the file named ts3server.exe. Once you accept the license agreement, you will get your login name, password, and a server admin privilege key. Make sure you note them down and copy-paste those into a .txt file as they’d be crucial afterward. Closing the pop-up window will make the Teamspeak icon show on your computer’s taskbar. It indicates that the Teamspeak server is up and running now.

Typically, Windows OS doesn’t permit any incoming port for newly installed services if the user doesn’t allow it manually. Thus, you have to permit these ports during the installation process on the Windows Firewall.

To allow a smooth client/server connection, Teamspeak utilizes some significant ports or protocols. Among them, allowing only the Voice, File transfer, and ServerQuery (raw) ones would be fine enough.

Step 5 – Connect through the Teamspeak client

After finishing the installation process, you got to harmonize with this server through the Teamspeak client. To do so, download and install the client app based on your Windows type.

Once you’ve installed the said app, press the Connect button from the Connections tab. Then, navigate to the Server Name or Address Field text boxes, enter your VPS IP, and click Connect. Now you’re connected to the Teamspeak server. So, you must enter your privilege key to serve the role of an admin.

Finishing all the above steps will allow you to set up a Teamspeak server on your Windows PC.

Here, we discussed everything we know about Teamspeak and the steps to create your own server using it. It’s time to add friends on your server and start gaming with your team. Follow these steps right, and you’re good to go. If you have further queries related to TeamSpeak, leave a comment in the below box. Stay connected for guides.