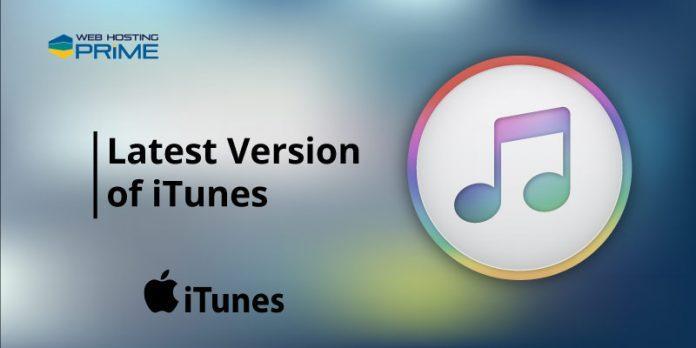 It’s a fact! Apple iTunes also functions as a media library, mobile device management utility, internet radio broadcaster, and client app of the iTunes Store. It’s the easiest way to keep you entertained as it allows you to enjoy movies, music, and TV shows in one place while keeping your digital library organized. With this software, you can rent or buy movies and download your favorite TV shows to your PC. It gives you an all-access pass to the world of digital entertainment.

Apple is known to offer regular updates to its iTunes software, and these updates are available across all compatible devices. Often, many people merely use this software but don’t update it when prompted. While you may think that you don’t need to update iTunes, it’s important to realize that updating an app is the only way to avoid bugs and get access to new features. So, if you use iTunes on your Mac or Windows PC, you should mandatorily update to its latest version.

Through this post, we will familiarize you with a few key aspects related to the latest iTunes versions.

What is the Latest Version of iTunes?

The last major iTunes update was released on October 16, 2014, when Apple Inc. released iTunes 12. However, it doesn’t mean the company has been running legacy software. Since 2014, Apple has released around 60 incremental updates to iTunes 12, the latest version being 12.11.0.26, which was released on November 17, 2020.

Let’s take a look at the features of iTunes 12.

iTunes 12 is an application compatible with 64-bit architecture that apart from Apple devices, works with systems having Windows 10, 8.1, 8, and 7. Though build updates keep fixing internal bugs, the major iTunes 12 update includes the following features:

iTunes 12.11.0.26 is more focused on making the software and its data more secure. In comparison to earlier versions that worked on Windows 7 and 8, the latest version works on Windows 10 (and beyond) flawlessly and also comes with several security updates.

Note – Apple doesn’t discuss threats or problems with its software in forums. The bug or security vulnerabilities discussed here may or may not be part of earlier versions. While mentioning the details of the latest iTunes version, Apple has only disclosed the security improvements that are part of this newest version. This doesn’t make previous versions less secure.

iTunes 12 had a significant security issue that allowed users to read arbitrary files with the software (an arbitrary file is one that allows you to modify the system). The latest iTunes version (12.11.0.26) has improved state management that addresses this logic issue:

ImageIO could process a maliciously crafted image that allowed arbitrary code execution. This threat is neutralized in the newest version through improved output validation. The update puts a limit on the out-of-bounds write that fixes the issue.

The XML Parser kit had some security vulnerabilities. Using the libxml2 software library, an attacker could process maliciously crafted web content that could lead to code execution. The vulnerability has been addressed by improved memory management which addresses the use of memory after free issue.

The second security vulnerability associated with XML Parser Kit is that a remote hacker could cause arbitrary code execution or unexpected application termination. The issue has been addressed by improving input validation that addresses integer overflow.

iTunes also suffered from the vulnerability in the Webkit, which is a browser engine developed by Apple and used in their Safari browser. The security vulnerability was similar to the issue related to libxml2. It allowed an attacker to process maliciously crafted web content that allowed arbitrary code execution. The security flaw has been addressed by improved memory management.

A bug in iTunes allowed the malicious application to access local Apple User IDs.  The security vulnerability was related to an information disclosure issue that existed in the transition of the program state. The issue has been addressed by improved state handling.

How to Install the Latest Version of iTunes?

The easiest way to install iTunes’ latest version on your Windows PC is to download the setup file from the Apple website or Microsoft App Store. The download file is named “iTunes64setup.exe,” and it’s a compressed archive that consists of six MSIs that take care of everything needed to install and run iTunes 12 on your computer. You need to install these files in the correct order for the software to work correctly.

Among the six MSIs mentioned above, the following three are especially critical:

As the name indicates, the “Mobile Device Support” MSI contains the core file needed for the management of the devices that can be connected to iTunes like iPad, iPod, and iPhone.

Bonjour is an optional MSI and it refers to zero-configuration networking. When installed, it enables automatic discovery of devices, computers, and services on the IP network. Bonjour relies on an industry-standard protocol to allow devices to discover each other without the need to configure DNS servers or enter the IP addresses of devices. One advantage of installing Bonjour is that it enables automatic IP address assignment without the need for a DHCP server. It also enables service discovery without a directory server. Apple has submitted Bonjour as an open protocol to the IETF to encourage the standard creation process.

How to Update iTunes to the Latest Version on Windows PC?

If you already have iTunes installed on your PC, the process of updating your iTunes to the latest version becomes a tad easy. Here are the steps that you need to follow:

How to Update to the iTunes Latest Version on Mac?

Updating macOS Catalina will automatically update iTunes to the latest version. On your iPhone too, running the latest software update will trigger an auto-update for iTunes.

How to Check macOS Version for Your Mac System?