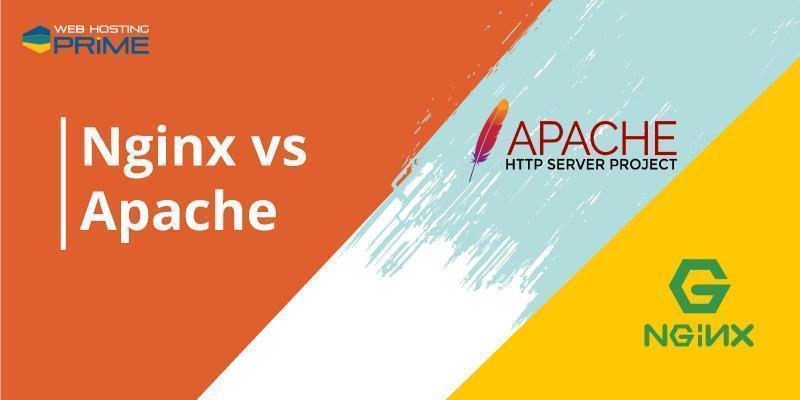 Apache and NGINX are among the most popular and common open-source web servers in the world. Both of these web servers are capable of handling and managing huge workloads and working with other software to provide an all-inclusive web stack.

No doubt, Apache and Nginx share many qualities, however, they should not be considered as totally similar. Each has different capabilities and it is imperative to understand the situation where you may have to reconsider your choice of the webserver.

NGINX is a web server that was released in 2004 by Igor Sysoev. Since its release, the webserver has grown in popularity because of its light-weight resource utilization and the ability to scale on minimal hardware.

Nginx is much more than just a web server. It works great at serving static content and is developed to pass dynamic requests off to other software that is best suited for such purposes.

Administrators often use this open-source web server for responsiveness and resource efficiency. The architecture of NGINX makes handling high data load much more predictable in terms of CPU usage, RAM usage, and latency.

The reason why Igor Sysoev developed NGINX was to solve the C10k problem, which talks about the problem of designing network sockets, handling 10,000 or more connections.

Sysoev released the open-source webserver to the public in 2004. As the Web continued to grow, Nginx gained more and more popularity as it could surpass Apache HTTP Server in performance. In the year 2016, NGINX finally took over Apache in popularity and became the widely used web server in the world.

NGINX has a rich set of features. It can perform many different roles as per the requirements. Most important among these are:

What is Apache HTTP Server?

Apache HTTP Server Project is a web server released under the open-source Apache 2.0 license. It hosts web content, like HTML pages, PHP files, audio, and video, and caters content to users when they visit the website.

Apache web server is an open-source software developed by the developer community. It runs on a wide variety of operating systems. The architecture of this server includes the Apache Core and modules.

The Apache web server came into existence in 1995 when a team of web administrators started to work with each other as a team to improve NCSA HTTPd. From the beginning, Apache was an open-source web server that could be easily downloaded by any user from any region of the world.

It became popular quickly ever since its launch. All thanks to the big team of volunteers who assisted to expand its feature set. By April 1996, Apache HTTP Server became the most widely used web server in the world. For about 20 years, it retained its position until it was surpassed by NGINX in 2016.

Apache has a lot of outstanding features that can serve different purposes to meet a wide set of requirements. These are:

Similarities Between NGINX and Apache

Which One is the Best?

From the comparison explained above, both Apache and NginX are extremely flexible and powerful web servers. The latest versions of both open-source web servers are highly competitive. Depending upon your business requirements, you may choose the one that best suits your requirements.

We hope this comprehensive guide will help you choose the best server that meets your complex business needs.

Your best pick of the server will be mostly dependent on testing with the existing patterns and evaluating your requirements. The differences between Nginx and Apache really have a huge impact on the performance, capabilities, and execution time required to get the server running in no time. So, select the one that aligns with your goals.