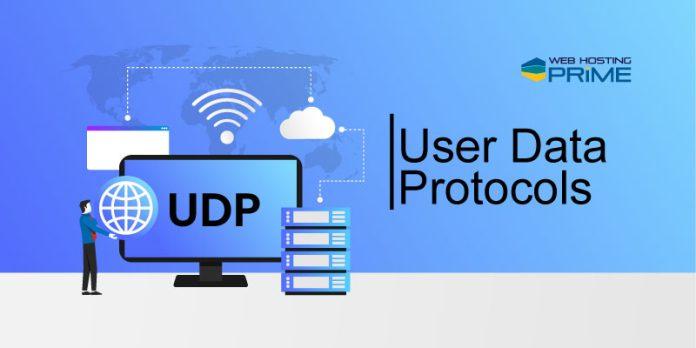 UDP is one of the lightweight data transfer protocols which works on the top of IP. With the help of the UDP, the network can detect the corrupt data present in the data packets. But keep in mind that it cannot help you with any other form of problems that may arise during the transfer of the data. This means that it cannot provide users with information about lost or out-of-order packets. Therefore, UDP is also said to be an unreliable data protocol. Today, we are going to find out what is the significance of UDP and what are the benefits of using UDP protocols. So let’s get started.

UDP is more of a communication protocol that is used for creating low-latency and loss tolerating connections between the various applications on the internet. UDP is the one that can speed up the data transmission as it sends the data to the receiver even before the agreement has been provided from the other end. This makes UDP an important protocol to use when the communication between the two devices is time-sensitive. Some of the examples where UDP is necessary are Domain Name System (DNS) lookup, Voice over IP (VoIP), and video or audio playback transmission.

UDP is also considered to be an alternative to Transmission Control Protocol (TCP). One of the things common in both UDP and TCP is that both of them run on top of the IP. But only UDP enables process-to-process communication. While at the same time, TCP is the one responsible for managing host-to-host communication.

TCP is the one that works by sending individual packets to the receiver. That makes it more reliable than the UDP. UDP, on the other hand, sends messages known as datagrams. This is known as the best mode of communication between the two devices over the network.

There are two main services that are provided by UDP when it is working on top of the IP. The first one is distinguishing port numbers that will help in defining the different user requests. Along with that, UDP also covers the optional checksum capabilities to help find out whether the data arrived from the sender is intact or not.

The Header Composition of UDP

Given below is the header composition of UDP; there are a total of four fields that takes a total of eight bytes of space.

The benefits of using UDP protocol in a network are:

Whenever the data is being sent to the receiver via UDP, the transmission experiences a very less delay. That’s because even if the data packets are lost during the transmission. The UDP does not worry about transmitting them once again from the sender’s end. In addition to this, there is no need to form a connection first between the sender and the receiver. This makes it possible for the UDP to have a much lower delay in the transmission. So whenever you are working with a delay-sensitive application, it is best to take the help of UDP for data sending and receiving.

UDP can be used for performing multipoint connections, which is a must to have when working with multicast applications. Here, you cannot use TCP, as it will require you to record the sending rates for the specific receivers each time the data is sent. This results in a complex process resulting in UDP taking over.

3. Speed of the Connection

The packet and the header size used by UDP are quite small. This allows UDP protocols to take less time to process the packets. This results in less consumption of memory and faster operating time.

UDP, by default, does not come with any form of error-checking mechanism. It only takes care of the header and the data present in the packet. It uses the checksum field to see if there’s an error in the received data packets. But in no way can it correct it or take any action against them.

Things to Keep in Mind When Using UDP Protocols

UDP does not have any connection, which means it requires no virtual circuit before it starts the process of data transfer from sender to receiver. As a result, with zero preparations, a datagram can be sent to the receiver over the network. On the other hand, the receiver has to work out how it will take care of the received datagram.

UDP has been an unreliable way of transferring data because there is no concept of retransmission, acknowledgment, or even a time out here. Whenever we send a datagram, we are not sure whether it will be received on the other end or not. Sometimes, a datagram can be lost on its way when it is being delivered. Or it could be sent twice as well. One of the worst parts is that there is not even a way to identify this issue unless the host decides to mention them. But these types of failure rates are not much in the network connections.

Sometimes instead of datagrams being not delivered to the receiver, they can be received on the other end out of order. This means the sequence in which the datagrams are being sent does not ensure the user is sent in the same order as the sender intended them to be. It can sometimes happen that you send a datagram in a way that the receiver gets the delayed ones first and then comes the remaining packets. Moreover, you cannot predict the order of the data packets until you have received them.

UDP does not work like a TCP; one of the biggest things that we miss in UDP is the absence of congestion control. As a result, when there is a large size of data being transmitted via UDP, it can cause congestion in the network. This will result in a delay in the transfer of the datagram.

When it comes to handling UDP, routers are not so well equipped. One of the main reasons for mishandling UDP is that whenever a datagram has collided, it will not provide the necessary information for the retransmission of that specific packet. In addition to this, UDP packets will be discarded even before the TCP packets. This gives datagrams from UDP to have less time in comparison to TCP packets in the network.

Now that you know the advantages and disadvantages of UDP, the next thing to move on to is the applications of the UDP protocol. Given below are the major areas where UDP is used for the transmission of data from one user to the other.

UDP is one of the protocols that lack verification mechanisms. Furthermore, it doesn’t have any end-to-end connection setup. That makes it vulnerable to the number of DDoS attacks. DDoS attacks can actually create havoc if you are not careful in handling them. The full form of DDoS is Distributed Denial-of-Service. It is one of the most popular cybercrimes where an attacker floods up the server with useless internet traffic.

To prevent the real users from accessing the computer. When you are using UDP, attackers can easily spook the packets with the help of arbitrary IP addresses. This will give them a pass-through in the network, and the hackers can directly move to the application via these packets. That’s why TCP is considered to be a much better option, as it requires the sender to get the data packets back from the receiver before the communication between the two can start once again.

Given below are the number of UDP-specific DDoS attacks that you should know before using it for sending files.

With the UDP flood, an attacker tries to spoof the UDP packets, which are sent over the network to multiple ports that are present on a single server. The attacker knows that there is no way a receiver can check the source of the packets. As a result, the server will respond to all the requests, which results in the overwhelming of the resources.

On the other hand, a traditional UDP flood DDoS falls under the category of stage generic network layer attack. This is because it sends up a mass amount of fake UDP packets. That leads to congestion in the network. You can keep your system safe from it only by scaling up the network’s resources on demand.

In the DNS amplification, the attacker sends the UDP packets with the spoofed IP address. These IP addresses correspond to the IP and the DNS of the client which the attacker wants to harm. This attack is crafted in a way that it sends a response much larger than the original request. That results in the amplification of the original attack. When an attacker uses the DNS amplification with several clients and with multiple DNS resolvers, it can easily overwhelm the target. A simple 27 GBps DDoS attack can be amplified to 300 Gbps with this method.

So this is what UDP is all about. It is beneficial in many ways but when you are using it, caution is the first step everyone should be taking. All the attacks on UDP can be categorized into two fields. The first one is the volume-based attack, and the second is the port-based attack. You can easily implement protocols that result in the protection of these two to make the sending of the data to the server or client much more secure.

Without a doubt, UDP is one of the best ways to send data in a short time. With a little bit of safety, you can achieve tremendous speed with efficiency.

ARPANET Overview: How Important was It for the Development of the Internet?

Bootstrap Table: How to Create Them Easily in No Time?