Home Linux What is Debian? A Complete Guide 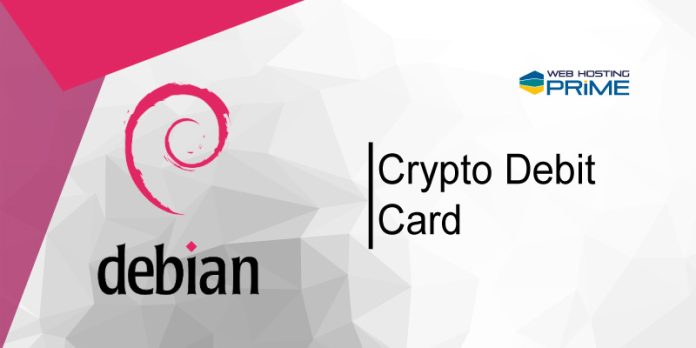 Debian is an open-source computer operating system that utilizes the Linux kernel and other program parts acquired from the GNU project. It is considered the oldest and most stable Linux distribution. You can download Debian from the internet freely. However, you can also pay a small amount to get a CD. As open-source software, Debian was created by 500 contributing developers who collaborated and created the Debian Project. It tends to get new releases and updates from time to time.

Debian has a comprehensive list of supporting software, and it has around 3,950 free applications to download. Thus, it is a system that assists in tasks from editing files, running a business, or playing games and writing software; everything is accessible in Debian. Some common yet essential applications like Microsoft Word and Excel are also included. Moreover, you can also get Corel’s WordPerfect and some other desktop applications.

However, Debian comes with numerous features that are handy for normal users. However, if you want to know more about Debian and its usage, this content will be your perfect guide. Prior to that, it is critical to understand Debian’s history.

Ian Murdock founded the Debian Project on August 16, 1993. However, it was at a time when the idea of Linux distribution was something new and unique. Thus, Murdock wanted to create Debian as the Linux distribution that was free and open-source, integrating GNU and Linux. The FSF’s GNU project sponsored Debian for one year, from 1994 November to November 1995. Debian was intended to be cautiously and carefully set up and to get similar care and support in the long run. A small group of software developers started it, and further, it became a large and organized community of developers and users.

When it started, it was the only distribution system in which any developer or user could contribute their work to the Debian project. From the commercial aspect, Debian remains the main distributor of Linux which is not a commercial entity. It is the enormous main project with a constitution, social agreement, and strategy archives to sort out the task. Debian is likewise the main distribution, which is “micro packaged,” utilizing detailed dependency data regarding interconnections to guarantee consistency in the system with updates.

Certain policies and measures were implemented in Debian for the package and delivery software in order to complete and achieve high-end quality. Furthermore, these measures are openly and transparently stored by tools and implemented by documentation of Debian’s features.

As the oldest Linux distribution, Debian consists of numerous popular Linux desktop versions. Numerous people use the free, Linux-based Debian for various purposes. So, what about you? If you are thinking about why you should use Debian, let’s check some key points for using Debian:

When using a Linux system, people make a variety of assumptions. Some people require the most recent updates in versions as soon as possible, regardless of whether they are dealing with crashes, bugs, or a decrease in overall performance. This entails dealing with a greater risk of mishaps or bugs.

Others, on the other hand, simply want their system to function properly and be stable. Thus, Debian is especially known for its stability. The stable version of the system will have more established software adaptations, allowing you to use codes that were released quite some time ago. In any case, this means you’re using software that has had more time to be tested and has fewer bugs. You can open your computer on a regular basis without fear of surprises.

With constant new releases, cycles, and updates, Debian has evolved into the ultimate Linux system for powering your server. There is no separate Debian version for this; simply skip the desktop environment and install the server-created tool instead.

It is not necessary to connect the server to the internet. Debian could easily power your computer’s home server on a WiFi network. Furthermore, if you need a cloud replacement, you can use Debian in conjunction with Next Clouds or OpenMediaVault.

When users first shift to Linux, the most common question is whether they can use the distribution on the system. Besides, the options could get limited in the case of a Mac with a PowerPC processor instead of an Intel one. However, even if you have an Intel processor but an old 32-machine, the chances are high that many distributions will not work.

But in the case of Debian, it offers the installer for a wide scope of the system’s architecture. You can even run Debian on 32-bit and 64-bit Intel computers. Debian also offers support for 64-bit PowerPC machines. Adding to this, Debian can also work on ARM or MIPS.

4. Every version runs for a long time.

Debian usually doesn’t come with a regular update or new release schedule. The developers normally release the new versions when they are fully ready and tested for bugs and other issues. Thus, this whole process takes around two to three years, probably. It sounds like a huge gap, even more than Ubuntu.

However, the developer has set this limit while considering a few things. The new version could cause software crashes whenever you try the new version. Thus, Debian has a long period for a specific version or tune until it updates after three years.

Debian’s DEB design, thanks to the huge number of individuals who use Ubuntu, is presently the most widely recognized application design in the Linux world. While not all DEBs that work on Ubuntu also work on Debian, there’s a decent possibility you will track down DEBs for both.

Before you even begin looking for third-party software, Debian has the absolute biggest software repository that you can get. Except for some of the latest software, there are high chances that the free source application you’re searching for is already available in Debian.

Linux has almost all software available for free and accessible, yet most individuals think you need a strong internet connection. No doubt you have to deal with the same case if you are using Ubuntu, which requires you to get all of the applications by downloading from the network connection.

The developers have provided Debian with a DVD that consists of numerous pieces of software that you can download from the repositories. Thus, in this way, you can download Debian from a place with a strong network connection but set up your PC at home or at the workplace later. Moreover, you can likewise buy CDs or DVDs by paying a small amount and access all the software.

Various Linux distributions have a desktop working environment. You’re allowed to swap this interface out for another, yet you don’t get the supporting experience.

Whereas Debian doesn’t have any solid inclinations. At the same time, there is a cutoff to the number of accessible live CDs such as GNOME, KDE, LXDE, Xfce, Cinnamon, and MATE. However, Debian doesn’t give any of these desktops any more help or cleaning than the numerous other desktop conditions accessible in the archives.

Debian, the Linux distribution, is now coming with Sun’s OpenJDK, the GNU Java compiler, and the Java bytecode translator. Moreover, the developer has also updated Debian to support Classpath, an open-source

Java library collection. These new functionalities would allow users to utilize most Java-based software and projects in Debian. Perhaps some Java programmes are already available in Debian’s software repositories, so you can rapidly utilize these projects.

Later, the Debian developers collaborated on a significant OpenSSL security screw-up. As some groups never learn security lessons, according to Microsoft, Debian’s engineers worked rapidly to improve the security distributions in Debian.

The X.org integration that is used to set up your screen in Linux was a major annoyance. However, Linux’s most common GUI, or graphical user interface, is the X.org 7.3, the X-server. This program consequently deals with setting up your display resolution.

Overall, the numerous advantages of Debian overwhelm the drawbacks, as Debian suits and meets the needs of users based on priorities. Debian is a perfect choice for networking, especially if you want to support your system instead of buying a Red Hat or SUSE license.

With superior stability in a desktop environment, Debian could be a reliable operating system based on Linux distributions. Whether you are using it to maintain your business, play games, or create software, Debian has all the work for every user to meet its requirements accurately.

How to Check Python Version in Linux, Mac, & Windows