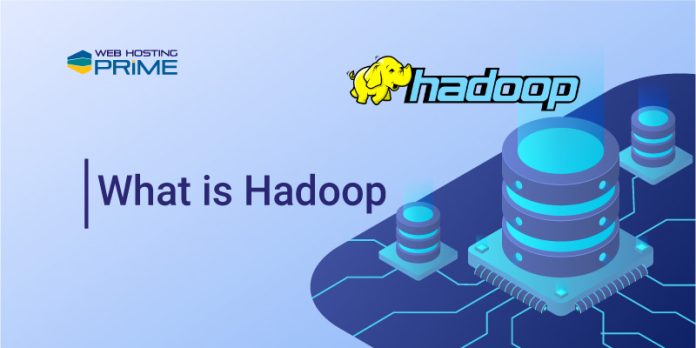 To understand the concept of Apache Hadoop (commonly called Hadoop), we first need to know about big data and the problems that are related to big data for which developers use Hadoop. In layman’s terms, Hadoop is a framework that developers use to solve the traditional processing time problem, which is associated with big data.

Today we are going to discuss Hadoop and its usage in big data. If you are using big data, you might already know a little about Hadoop. After reading this article, you will get to know what are the limitations of big data and how the implementation of Hadoop helps in bypassing these limitations.

What is Big Data?

As the word suggests, data that has become too large, complex, and hard to process using the traditional method is termed big data. The act of storing and accessing the data for analytics has been around for more than three decades now. But the momentum in the big data phase was seen in the early 2000s when Dough Laney, one of the industry’s leading analysts, defined big data using three Vs, which are explained below.

These three, when combined, make everyday data convert into big data. Your data consists of your choices, the filters you use on eCommerce apps, and the content you browse on the Internet. All of this falls under the category of big data.

According to a 2012 IBM report, more than 90% of the Internet’s data was produced in the last two years. But the importance of big data doesn’t have to be related to the amount of data that has been created.

Given below are the limitations of Big Data that every analyst needs to know about before handling a big data project.

Big data comes with rewards and risks. Every major endeavor is prone to a data breach in the technical field. The information you are giving out to your client could be easily leaked to a competitor or hacker.

The data which you have analyzed lies safely behind the firewall or is stored in a private cloud. To send it over the Internet, you need to be versed in technical know-how to send the data efficiently. On the other hand, it might be hard to transfer a big data analysis to a specific person as their bandwidth has already been consumed in downloading the previous data files.

The data which you have gathered is constantly changing, and sometimes the data is so massive that its collection is imprecise. As a result, the correlations that you come out with will be affected and might not be correct.

Now that you have found the limitations related to Big Data, let’s find out how you get to overcome them efficiently with the use of Hadoop.

Hadoop uses the Kerberos protocol to keep the data safe, which ensures that the person who is requesting the data is the one he claims to be and has the authorization to access the data. All of the Hadoop nodes use Kerberos to perform the mutual authentication handshake. In this process, two nodes talk to each other, and each of them ensures that the other node is declaring the correct information about itself.

With the use of Hadoop, a user can easily add an extract of structured and unstructured data sets with the use of SQL. This functionality allows users to combine, filter, and form the data according to their needs by using SQL commands. Thus, the big chunks of data sets will now be broken into smaller parts and can be easily analyzed.

One of the significant advantages which Hadoop brings with its usage is fault tolerance. When data is sent to an individual node, the same data is replicated to the other nodes present in the cluster. Thus, a copy of your data is readily available for you to access in case of failure.

Furthermore, Hadoop uses MapR distribution, which goes beyond the replication and eliminates the NameNode and replaces it with No NameNode, allowing developers to have a truly high value of data availability.

Hadoop is known for housing the most reliable storage layer called HDFS, along with a batch processing engine MapReduce and a YARN resource management layer. Before we tell you how Hadoop works, we need to explain the components mentioned above and their work.

How Does Hadoop Work?

Hadoop is one of the best open-source software frameworks that stores data in an unstructured or distributed manner. This allows Hadoop to process the data parallelly.

The primary work of Hadoop depends on the network that contains many computers that are used for distributed storage and computing. What it usually does is receive the data from the client. That data gets stored in the HDFS of Hadoop.

After that, the data gets divided into small chunks by MapReduce and gets stored across different machines which are present in the network cluster. The heavy processing also gets divided into many independent tasks under the administration of YARN. Allowing multiple processes to run alongside each other in computing systems.

There are mainly two main layers which consist of all the components that we have discussed earlier.

Hadoop has three operation modes, and the framework also comes with the added benefits of scale-out storage property. As a result, we can scale up or scale down the number of nodes as per the project’s requirement.

The fully distributed mode is also said to be the Production Mode. Because in this mode, a user is extracting the .tar or .zip file from the cluster and then using one of the nodes to complete the particular process. Once the process has been distributed among the nodes, you will have to define which nodes are working as a master and which of them are working as a slave.

Hadoop was designed to make working with large data sets feasible. With the use of Hadoop, now companies don’t need to outsource the task and can get a customized outcome from a big data set. Moreover, as the data analysis operations are in-house, it makes the organizations more agile while cutting the operational cost incurred from outsourcing.

With the use of Hadoop, an organization can truly decipher the hidden information present in their data. It doesn’t matter if the data is structured, unstructured, stored in real-time, or historical. It allows analysts to leverage more information which adds value to the data and improves the return on investment.

Now to analyze big data, an organization doesn’t need to invest in expensive hardware as the Hadoop framework commonly runs on commodity hardware. Now Hadoop has become a de facto of big data analysis. It is currently being supported by a large and competitive solution provider community. This also helps the organizations be safe from vendor lock-in that happened in the former days running MPCC and expensive hardware systems via outsourcing.

Things to Keep in Mind Before Using Hadoop

Hadoop is undoubtedly a great framework to tackle the difficulties of managing big data models. But its implementation does have its complexity, which needs to be addressed. Given below are some points which you need to consider before you use Hadoop in your projects.

First, Hadoop is not an ideal framework for transactional data due to its complexity and need for quick implementation. Moreover, it is not appropriate for structured data that requires a framework to have minimal processing latency.

Hadoop should not be used as a replacement for your established data centers. It needs to be integrated with the existing IT infrastructure of a given organization. With the use of third-party tools, a company can quickly connect its current systems with Hadoop and use it for processing data irrespective of size and scale.

So, this is what Hadoop is all about. It’s a framework written in Java that allows users to analyze big data by using a cluster of machines present in the network. One of the things that distinguish Hadoop from other frameworks is its ability to process different types of data. In the coming years, we will see the Hadoop framework being extensively used to solve big data problems.

Furthermore, the framework is still evolving. Thus, we will see a more polished and robust version of Hadoop coming in the next few years. It’s a great time to learn the implementation of this advanced framework as you might be needing it in your future projects.

How to Become a Devops Engineer