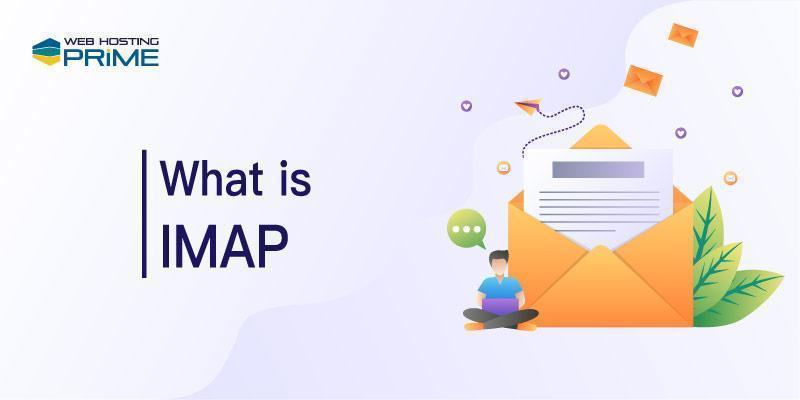 Internet Message Access Protocol (IMAP) is a well-known protocol that is standardized to access emails from a local client on a remote server. IMAP resides in the application layer of the OSI (Open System Interconnection) model on which the internet is based. IMAP uses the deep-seated transport layer to set up host-to-host communication for providing applications and services. This necessitates the inclusion of the remote email server.

How is IMAP Designed?

IMAP adopts a client-server model. You find a client on one side, which may be a desktop, laptop, smartphone, or tablet. On the other side is the server, which is usually remote. Both the entities, i.e. client and server, are connected with each other.

The IMAP framework allows a user to send and receive emails via the remotely stationed server, short of any support from any specific devices. This kind of access to emails is perfect for people who regularly travel and want to receive and reply to emails.

Ideally, IMAP uses two ports to create a connection between the client and server.

History and Evolution of IMAP

It was Mark Crispin who designed the original version of IMAP in 1986. Since the time of its inception, IMAP was characterized as a remotely controlled mailbox protocol. During that time the Post Office Protocol (POP) had already garnered tremendous recognition.

Nearly all major email service providers mostly utilize two protocols, i.e. IMAP and POP to their fullest potentials. In IMAP, the emails remain stored within the server until and unless they are deleted by the client. Also, IMAP authorizes clients to gain access and control of their mailboxes.

A request for an email from a particular user is directed through the centralized server. The server has a storage space earmarked for email files. A user can benefit from IMAP by gaining the ability to view email headers, scan the relevance of emails, look for keywords in email bodies, delete emails, create and control a number of folders and mailboxes.

The basis of the design of IMAP is to come up with an increasingly flexible way of accessing mailboxes by users. IMAP can be operated in three different modes namely online, offline, and disconnected. The majority of users are interested in making the most of the protocol in offline and disconnected modes.

IMAP protocol was brought into being to permit you to remotely access emails that are stored within the remote server. The basic idea was to give multiple users or clients the rights to take control of their email inboxes.

Therefore, irrespective of whether you are logging in from the office or home, you will come across a replica of emails and inbox folder structure. This is because the server stores them and every change you commit to the local copies gets synchronized with the server instantly. IMAP seamlessly works with almost every popular email program, for example, Outlook, Netscape, Entourage, and many more.

There are several advantages associated with IMAP which as a business owner, marketer, developer, and emailing specialist you must be aware of:

How does IMAP Work?

You can visualize IMAP working as a go-between with the email server and its client. The use of the email server is compulsory to send and receive emails. In the case of IMAP, the emails remain housed within the server unless you have them explicitly removed.

When you log in to an email client such as Microsoft Outlook, it sets up a communication with the server via IMAP. Once the communication between the client and server is established, all email headers are instantly displayed. If you have the intent of reading a message, it can be downloaded quickly.

Keep in mind emails governed by IMAP do not go through the process of downloading except if you want them to be opened and read. 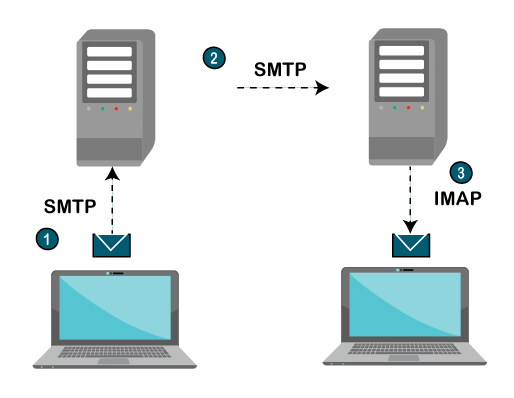 IMAP is a protocol underlining client-server transactions. It is similar to nearly all other TCP/IP protocols. The latest version of IMAP is IMAP4. The presence of IMAP4 is essential in servers that are home to numerous user mailboxes. Here, you need to make sure both SMTP and IMAP have access to a mailbox to “receive emails” and “retrieve and modify emails” respectively.

IMAP workflow is slightly complicated. Basically, emails and folders are stored within the server. You have local access to their copies only. By and large, these local copies are preserved on an interim basis. But, you can preserve them permanently as well.

We have recourse to the following easy example to understand the functioning of IMAP. 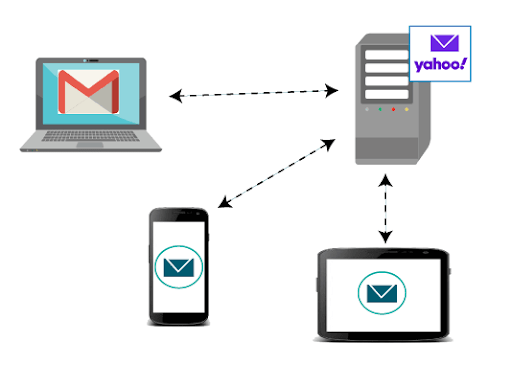 For instance, you have three devices, a smartphone, laptop, and desktop. IMAP helps synchronize all of them with the primary server. If you access the same mailbox from all three devices, there will be absolute synchronization of the mailbox across the board.

In IMAP, all common folders such as inbox, sent, draft, spam, etc. are visible. You can create a new folder of your choice in the mailbox through one of the devices you use and give it a specific name. This folder, too, can be viewed from the other two devices at the same time.

The two protocols are not interchangeable. POP functions by being in communication with the main email server. It downloads all newly arrived messages from the server. Once the messages are downloaded they are deleted from the server. So, previously downloaded emails will not be visible in case you want to check them from a separate device later.

Unlike POP, IMPA enables you to access, organize, read, and sort your emails without the need to download them first. This makes IMAP faster and more efficient.

You can send numerous emails every single day. The IMAP server puts these emails in its storage. This allows you to look up to and avail of your emails from anywhere. IMAP never moves emails from the main server to your personal device. Rather, it causes the set of data or emails to keep replicas in more than one location, be it the server or your personal local devices.

With the whole world becoming more and more mobile-dependent, the popularity of IMAP, too, is increasing rapidly. The widespread proliferation of laptops, smartphones, tablets, and other mobile devices is multiplying the scope and demand for IMAP by leaps and bounds. Thus, in the coming years, IMAP will certainly remain the most preferred emailing protocol.