Home Internet What is IPV4 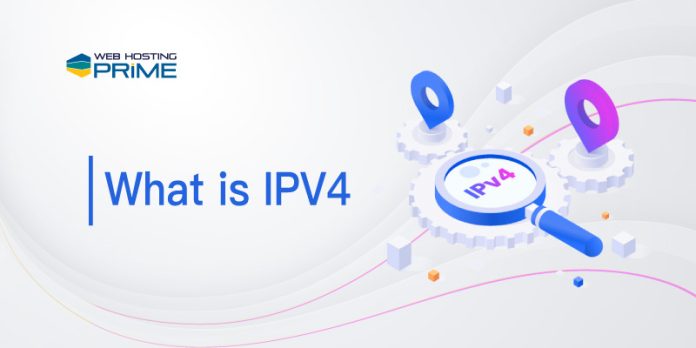 When discussing the internet, you can’t help but think about and discuss IPv4. IPv4 is the fourth and the most recent and widely used IP address on the internet. Internet Protocol version 4 (IPv4) is the latest version of the standard used to route Internet traffic, whereas the other bundle-exchanging networks were launched by the Internet Engineering Task Force (IETF) in 1982.

Despite its limited address space of 32 bits, it is a widely used protocol version. There are approximately 4.3 billion unique addresses available. However, the available supply is quickly depleting. In comparison to the transmission protocol, IPv4 is a connectionless protocol that does not require guaranteed delivery (TCP).

However, IPv4 introduces a slew of new features and functions. So, if you want to learn more about IPv4, this is the content for you.

What is an IP address?

Initially only network devices, such as computers, servers, routers, and printers, required an IP address. However, with the internet of things, this list has been expanded to include mobile phones, TVs, refrigerators, automobiles, and any other device that can receive or transfer data over a network.

There are a few advantages of IPv that we need to be aware of before delving deeper into this subject.

An IPv4 address is mainly a series of four eight-bit decimal numbers divided by a decimal point. Even though you might utilize any numbering method to address a unique 32-digit number, most of the time, you will see IP addresses communicated in the octadecimal pattern.

Before moving further, we need to discuss the four essential parts of IPv4 that help with the functioning of the protocol;

At first, the standard characterized the primary octet as a network identifier with just 256 unique values. However, the number of accessible networks immediately ran out. Perhaps a few distinct changes made over the years have been considered the extensions of IPv4’s life. It has different divisions of accessible addresses that are further divided into five different classes: A, B, C, D, and E.

The class system has the details for each class and its network placed with regard to their first octet.

Class A: The first octet of class A begins with 0. The leading octet distinguishes the network. It likewise supports 127 networks, each with 16 million hosts.

Class B: This class’s octet starts with 10. The first and second octets distinguish the network. There are around 16,000 networks, with around 65,000 hosts in Class B.

Class C: The network’s first octet starts with 110, and the first 3 octets identify the network. Moreover, class C has around 2 million networks, each with 254 hosts.

Class E: In this class, the network’s first octet starts with 1111. This class is reserved for future use.

Each class utilises an alternate bit of data to recognise the network, influencing the number of networks and accommodating how many hosts are in each class. For instance, Class C’s initial three octets depict the network, whereas the fourth displays the host on the network.

The introduction of Classless Inter-Domain Routing (CIDR) in 1993 offers more adaptability for allowing blocks of addresses. A suffix has been added to IP addresses by CIDR to check the number of leading bits that show the network address. For IPv4, that implies a number somewhere in the range of 0 to 32. The longer the suffix, the less accessible host addresses are on the network.

The life of IPv4 is extended, and the growth rate of routing tables slows down by cutting the number of wasted addresses in the class system by the CIDR. CIDR is a widely used network routing system, even for IPv4 and IPv6 routing.

There is a little baggage with IPv4 that carries the number of addresses that influences network speed. In the ideal situation, IPv6 would perform much better than IPv4. In any case, the IPv6 network still relies on the local architecture and demands a lot of work, whereas IPv4 is usually quicker. Happy Eyeballs is the algorithm that browsers use to test the speed of both IPv4 and IPv6 network protocols and adopt the fastest version.

The compatibility of IPv4 and IPv6

Both IPv4 and IPv6 utilize the CIDR to deal with their network and host addressing, yet the two protocols are not exchangeable. In comparison to IPv4, IPv6 has also fixed numerous other networking issues. For instance, small routing tables, simple packet headers, and utilization of multicast rather than broadcast.

A single device could also support IPv4 and IPv6. Double stack IP takes into account a single router, switch, or server to process either address space. The device utilizing IPv4 can’t be connected to just IPv6 or vice-versa.

In 2011, the five provincial internet registries got the last distribution of IPv4 addresses, but it ran out of addresses after a few months. Individual Internet service providers keep IPv4 alive by reusing addresses as they become accessible.

How to Monitor your IPv4 Addresses

Your system’s only sensitive parts are the IP address and network protocol. If somehow a hacker or some third party gains access to your DNS settings, it could allow them to change or customize the IP addresses easily.

This could enable them to redirect users to some malware or malicious websites or simply keep users from accessing their desired destination. However, to protect against hacking, the IP could be verified once per minute by the DNS screen. A DNS screen can likewise check and confirm different records, including your DNS, for example, MX and NS records.

Moreover, you can also monitor the internet traffic, and various tools allow you to check and verify exactly what is happening between network devices and your computer. Numerous large-scale businesses also monitor their network traffic. Thereby, you can use it for home networks and troubleshoot issues by examining the connection and data type being transferred from network to device.

The Internet Protocol version 4 (IPv4) was developed to allocate around 4.3 billion IP addresses. In the initial stages of the internet, it was considered a large address area, and there was nothing to worry about. The Internet Assigned Numbers Authority (IANA) and the Internet Corporation for Assigned Names and Numbers (ICAN) manage and monitor IPv4.

Perhaps the rapid growth in internet users and the massive utilization of network devices and servers have impacted the IPv4 address numbers. Every digital device requires the IPS for easement into human life and usage. Devices such as computers, smartphones, cars, and other electronic devices have added the demand for more IP addresses, which was not considered at earlier stages.

What is Internet Protocol (IP)? How does it Work?