Home Cloud What is Latency? 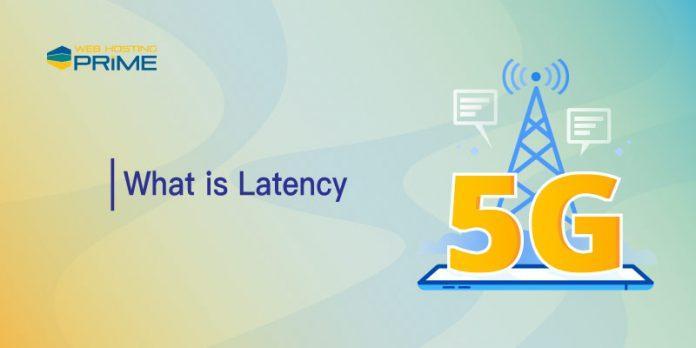 You might have heard people talking about latency issues in a network, which causes the internet to slow down or stop working. Network latency is one of the common causes of slow internet speed. It is any delay that happens in the data communication over a network. A network that faces fewer latency issues and has slight delays in its response time is known as a low-latency network. On the other hand, connections that are slow to respond to requests are called high-latency networks.

Today, we will find out why latency occurs and how you can minimize it so that the network can perform optimally.

What is Network Latency?

Whenever you are working on a high-latency network, you are surely going to hit the network communication bottlenecks. This means you cannot send the data over the network at maximum permissible speed. In addition to this, with the use of high-latency networks, you will also have a negative impact on communication bandwidth. The latency can cause both permanent and temporary impacts on the network bandwidth. Its impact is primarily dependent on the source of the delays.

Network latency can be defined as the overall time taken by a request to travel from a sender to the receiver in the network and the receiver to process the request and send an appropriate response to the sender. In simple terms, it is the time taken by a request to complete one round trip from the browser to the server to back to the browser. We all strive to get the lowest network latency. However, the latency in a network will always be present due to various limitations.

Can We Eliminate Network Latency?

The data on the internet is transferred at the speed of light by the use of optical fibers. But the effect of delay is due to the internet infrastructure equipment. As a result, you can never get rid of the latency, it can be minimized, but it can never be zero. Moreover, even search engines give a lower ranking to websites that have high network latency.

Given below are the key causes of network latency to exist in most networks. Also, it is worth noticing that most of the time, the network latency is from the server end.

One of the leading causes your network suffers from latency is distance; if we have to be more specific, it is the distance between the user’s device making the request and the server that is receiving the request and sending the appropriate response. For example, if one of your websites is hosted in Japan, then if a user from China requests to open the website on their browser, it will take relatively less time, somewhat 10-15 milliseconds of delay. But if the user who is sitting in London, UK, wants to access the information from the same website hosted in Japan, then they will face longer delays, and it could be closer to even 55 milliseconds.

55 milliseconds might not feel a lot, but when you think about how much back and forth communication takes place between a user and the webserver to make a connection a 55 milliseconds of latency could pile up and cause slow loading times. In addition to this, the total size of the data packets that are being transferred and bad network equipment which are used to transfer these data packets come together and cause the server and the user to face long delays in the server’s response to the client’s request.

Sometimes the latency is due to the way a website is built, thus making it hard for the server to send the data all at once. The content on the web page such as high definition images, Gifs and videos can be too heavy to load at the same time. Moreover, a web page can be filled with multiple third-party plugins such as payment plugin, scrolling animation plugin etc, can increase the latency because the browser on which the user is accessing the web page has to download these large files from the web page in order to display them.

A user could be sitting right next to the data center where the website he’s trying to access is hosted, and still, the website is taking too much of a time to load up. One of the examples of high latency in the website construction can be found in the high image quality, which causes the website to slow down and load up slowly even on a faster network connection.

It is a common theme to have network links that are capable of transferring more data than it actually receives. You can find that most networks have the access layer providing 1Gbps speed to the connected devices. Even the uplinks can go all the way up to the 1Gbps mark, and together, they can form 2,4, and even 8 Gbps uplinks. But the hardware which is present in the user’s device is not up to the mark, and it cannot handle the data transfer speeds. This type of latency occurs when the CPU cycles are not able to respond to a reasonable timeframe or the memory present in the device has been exhausted.

In terms of physical issues which are resulting in latency in the network can be related to the physical devices such as routers, modems, cables etc that are used to send data from one device to the other. Moreover, latency can occur in the network due to the application load balancers, security devices that are deployed on the devices, and even firewall, VPN, and Intrusion Prevention System (IPS) could cause latency of data packets in the system.

For a lot of people, latency, bandwidth, and throughput are all the same thing, but that is not true at all. Bandwidth is the maximum amount of data that your internet service provider (ISP) offers. There are two primary components of bandwidth; the first one is the download speed and another one is the upload speed. The speed of the network is measured in megabits per second. Bandwidth is more like a pipe; the wider the pipe is, the larger the data packets it will be able to transfer in one time.

As we have said earlier, latency is the time taken for the data to travel from one point to the other in the given network. Many network administrators like to call latency “ping,” the latency, and the ping time is calculated in milliseconds or ms. Just like we use the pipeline analogy with bandwidth, let’s describe latency in the same way. Latency is like water pressure or how fast the data is being moved through the pipe.

For some people, both these terms don’t really have much importance for everyday tasks.

But when it comes to certain network activities that require the user to download and upload the data, then both latency and bandwidth are crucial. Together, they form a throughput that is a way to measure how much data has been sent from a source to a destination in a given time.

How to Measure Latency?

Now that you know the reason behind the network latency, it’s time to look for methods to measure how much latency your network is experiencing. Given below are some of the methods that can help you find the latency in the network:

RTT is one of the best ways to find out how much latency your network is experiencing. It is said to be one of the best methods to find out the latency. The RTT is the total time taken by a data packet when it travels from the source to the destination and back. This will give instant results, but it does come with few disadvantages, and the biggest one is that it might not depict you a clear picture of what is wrong with your network when the packet’s return path is different.

The second method to calculate the latency in the network is TTFB. The TTFB starts recording the time when the packet leaves a specific point on the network to the time the same packet reaches the assigned destination.

The last method to know the latency is by using the Ping. This method is helpful for finding the Internet Control Message Protocol (ICMP). The network admins use the ping command to find out the time it takes for 32 bytes of data to reach its destination plus the time taken by the network to receive the response. You can only run this method on operating systems that come with pre-installed network capabilities.

Performing a Ping test is one of the best software utilities which can be used to investigate if your network is working correctly or not. However, it won’t be able to help you fix any of the latency problems because it is unable to provide you with adequate information if you are trying to check the multiple paths for a single console. Moreover, with the use of Ping, you are also going to need some extra testing tools in order to get a clear view of your network flow and the areas where the bottlenecks are present.

There are a number of methods to resolve latency issues on your network; given below, we have provided you with five of them:

No matter how powerful your router is, it will surely suffer when too many devices are connected to it at the same time. When a single source such as a router is used to divide the internet resources in all the other devices which use the internet service at home, sometimes a device has to wait for the other device’s request to get completed by the router, thus resulting in latency. To get rid of this problem, you can either replace your router with a better one, or you can add one more router in the network configuration so the traffic of data packets can be easily managed.

Yes, we are saying it, don’t connect too many devices to your network at once and open multiple internet usage applications like Netflix, Hulu, Xbox live simultaneously. Devices that come with better hardware will be able to function normally like your latest smartphone and laptop but the older computers and smart TVs won’t be able to get their data packets and will start to show a lag in their networking. If there are many applications running on your device, and you believe closing some of them won’t hurt your productivity, then you should close them and free up some of the network bandwidth.

On the other hand, sometimes it’s not the network that is causing the latency but the CPU, as it’s not able to process the network traffic because one of the applications is misbehaving and taking the whole CPU usage for itself.

There could be malware present in your computer, which is causing the computer to slow down. Some of the most common forms of malware are network worm hijacks which take over the computer systems along with the programs installed in it and other network communications, which leads to the computer performing quite sluggishly. You can take the help of antivirus to remove malware from your PC.

A cache is temporary local storage for the files and the data of the websites, which are being visited frequently. The cache will stash the files, images and other pertinent data in your browser, and when you visit that web page again your browser will upload it instantly from the cache with no need of requesting and accepting the same file from the server again and again.

What is Hybrid Cloud