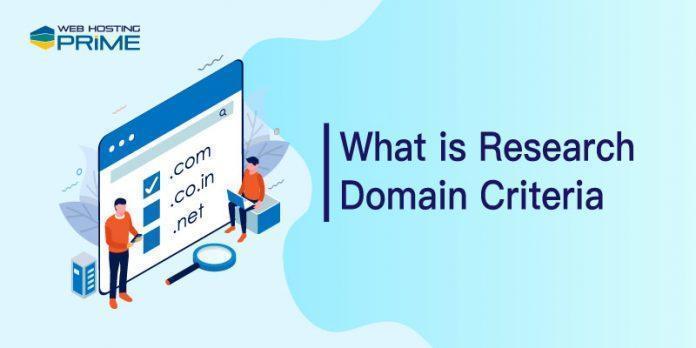 The Research Domain Criteria (RDoC) is a state-of-the-art research framework that explores mental disorders. Numerous layers of information, starting from molecules, cells, genetics, and circuitry to behavioral traits, physiology, and self-report are consolidated in RDoC.

Furthermore, the objective of RDoC is to investigate the basic functioning dimensions that are spread across the entire range of the behavior of people from those who are normal to those who suffer from abnormalities.

RDoC researchers are trying to figure out the suppressed disease process that is giving rise to various symptoms. For them, it is not very important to look through different symptoms that apparently cause depression. Instead, they are inclined to recognize every symptom that you may be manifesting. They want to track the symptoms down to their neurobiological source. Doesn’t this approach sound intriguing yet fascinating?

The idea was conceived when NIMH director Thomas Insel criticized and drew attention to the failure of the Diagnostic and Statistical Manual of Mental Disorders (DSM) to establish the diagnosis based on objective laboratory measurements. Then, the need to launch RDoC grew stronger.

The 4 preliminary assumptions that form the basis of RDoC are as follows:

Subsequently, researchers and experts began putting more focus on different domains and brought the concept of constructs into being.

Distinction Between RDoC and Diagnostic Systems

The studies on which RDoC is founded will possibly lead you to gather more knowledge of the processes and mechanisms that occur in the course of a mental disorder. This is vital information that could help redefine diagnostic criteria in the coming years.

RDoC is constituted by 6 domains. Each domain, in turn, contains a constructed set. The constructed set is made of processes, mechanisms, responses, and elements.

Plus, there exists an RDoC matrix that reveals how the domains, constructs, sub-constructs, and units of analysis are interlinked. Researchers believe that the structure of the matrix may change as the research advances.

The domain refers to responses and reactions to unfavorable situations like anxiety, loss, trauma, or fear.

Every so often, you experience a dangerous set of circumstances. Fear touches on how to activate your brain to elicit behavior that offers a safeguard against the perceived danger. Fear can be triggered by both external and internal events. It can be impacted by various factors. When you encounter continual, acute fear you develop a phobic reaction.

Anxiety calls attention to your brain. In consequence, the brain acts in response to a potential threat that is obscure, remote, or very unlikely to take place. When you come down with anxiety, you do not scamper for safety. Instead, you start looking at the risks. This form of potential threat is similar to generalized anxiety.

It alludes to the development of an emotional condition caused because of exposure to external or internal situations for a prolonged period that could be avoided. When you are subjected to such real or expected situations, it may induce long-term effects on your body, emotions, and cognitive thinking even when the threat has long dissipated. The sustained threat is similar to post-traumatic stress.

Loss has to do with grief or related behaviors. It is engendered because of the passing of a loved one, the deprivation of your property, termination of a job, or ending of a relationship. This type of loss, accompanied by its outcomes often leads to depression.

It touches on the adverse effects you may contract while failing to acquire something that was greatly craved for or when a prized possession is confiscated or stolen.

The domain makes reference to responses and reactions to favorable situations. An instance of positive valence is reward-seeking behavior.

It is the response you evoke while anticipating to secure a reward. It also refers to the response to continuously expect to win a reward. Reward responsiveness is made of 3 sub-constructs.

It talks about how you look forward to receiving an upcoming reward through the expression of your behavior, nervous systems, and language.

It deals with your behavior, neural responses, and speech when you are in the midst of receiving the reward presented to you.

It brings up the scenario of how you speak, act, or how your brain acts in response when you sustain the reward-winning streak as time goes on.

This construct alludes to changes that are observed in your behavior when you try adjusting to situations related to receiving rewards. Reward learning is also made of 3 sub-constructs.

It educates you with coping mechanisms when you expect to win a reward but your behavior gets in the way and you end up not winning it.

It helps you acquire and assimilate knowledge about how rewards can be different in contrast to your expectations. It means the reward you secure may be smaller or bigger than what you anticipated.

It broaches certain things that need to be done automatically. Every so often, they get going after being prompted or influenced by rewards. However, at a regular pace, they may persist simply because of developing a habit or a resistance to change. Such inflexible habits can do more harm than benefit.

It refers to all things in connection with determining the value of a reward. Factors such as memory, prejudices, social context, and deprivation play vital roles to ascertain reward valuation. The 3 sub-constructs of reward valuation are discussed below.

The value of a reward depends on its size and the number of positive and negative elements associated with it. Even the predictability of a reward can influence its value.

It makes mention of finding the real worth of a reward depending on its size. It also points out the time needed for you to secure it.

It makes mention of finding the real worth of a reward depending on its size. It also makes reference to the magnitude of the effort you need to put in to acquire it.

The domain of cognitive systems talks of all the cognitive processes you inherit. The domain includes:

It raises aspects in connection with gaining access to systems with limited capacity such as motor action, perception, and awareness.

It alludes to processes that are involved in efforts to represent your surrounding, external environment, derive appropriate information from it, and make forecasts about it. The 3 sub-constructs of perception include:

The construct of declarative memory deals with memory that has a relation to facts and incidents.

It speaks about how the world and its inherent concepts are depicted through verbal communication.

It has relevance to your capacity in making decisions regarding your emotional and cognitive systems taking control of your behavior. Cognitive control comprises 4 sub-constructs namely:

It has to do with updating information related to goals and tasks. Working memory is formed of 4 sub-constructs namely:

They touch on the possibilities of interacting or setting up relationships with other people. These systems also take your interpretations and perceptions into account.

Affiliation deals with your social engagement and interactive skills. Attachment helps in developing and nurturing social bonds. Both affiliation and attachment incorporate wide-ranging processes. How to identify social cues is one of them.

It goes into the aspect of how you initiate communication with people around you. Processes like how to make eye contact or discern emotions are involved here. Social communication consists of 4 sub-constructs including:

They refer to becoming familiar with and forming an opinion of yourself. Usually, they include processes to self-monitor and recognize your emotional state. They take in 2 sub-constructs namely:

They allude to processes that help you to perceive and understand other people. The processes involve 3 sub-constructs:

They point to homeostatic system regulation to improve sleep and energy balance.

It makes reference to what extent you are sensitive to both external and internal stimuli. It also touches on the driving factors that control the homeostatic regulation of your systems, for example, thirst, hunger, sex, and sleep.

The circadian rhythms talk about how your biological systems are timed to make the most effective use of your physical as well as mental health in general.

Both of them make mention of all processes that are incorporated within sleep and have an effect on homeostatic regulation.

They help you become proficient in executing and controlling motor behaviors.

They allude to all processes involved with motor actions. They take in the following sub-constructs.

The immediate goal of RDoC lies in gaining a better understanding of mental disorders by putting more emphasis on their processes, mechanisms, and components that constitute human behavior. RDoC also takes the potential upshots into account when all these elements go wrong.

In the long term, RDoC aims at improving diagnosis and providing insights on future new treatments to address the problems arising out of mental disorders.

This approach is worthwhile because it intermixes basic and clinical science and tries to identify different aspects of mental disorders. By and large, such disorders spread over areas such as emotion, perception, and executive functioning.

Therefore, the purpose of RDoC lies in promoting research on mental illnesses – research that helps discern their underlying causes and determine effective ways to treat them.

To cut a long story short, the RDoC research framework puts forward a unique way to look at mental illnesses and treat them. It is characterized by a high level of granularity. Eventually, the goal of the research is treatment and cure.

Imagine a situation where you fall sick with symptoms of anxiety. A psychologist will carry out a diagnosis of your condition as per DSM. Finally, you will receive treatment, which may be medication or talk therapy.

However, in the case of RDoC, all your anxiety-related symptoms will be examined separately. The repressed neurological and biological scenarios will be singled out to decide on the best treatment course.

Obviously, this is an elaborate procedure that may take time to be put into effect. Right now, it is only extensive, ongoing research. However, the future looks promising as far as diagnosing and treating mental illnesses are concerned.

What does .COM Mean?