Home Programming What is Selenium 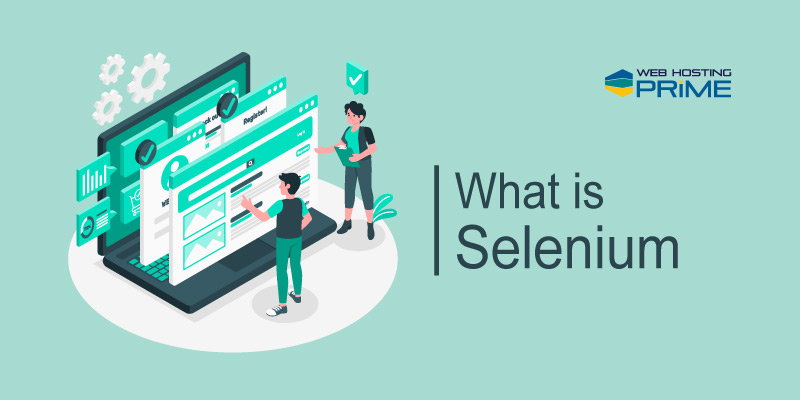 If you want to get a certification in Selenium to get a job in the field, then you will have to start with “what is Selenium?”. Developers spend hours after hours testing a web application to ensure that it is working fine inside as well as outside of the environment where the app was developed. When Selenium was not in the picture, people used to test the applications manually to find out what was wrong with them and how to solve the issue.

Since people were testing the applications, depending on the size of the team, the testing method could go on for anywhere from a few days to several weeks. But these days, the development of web applications can be wrapped up in 2–4 weeks. If you integrate Selenium into the app development process, you can get almost instant feedback on the app testing. That’s why selenium is such a hot topic these days, but to learn more about it, you will have to check out this post thoroughly.

Selenium refers to an open-sourced tool that developers use for automatic web application testing to check if the app is working in the browser. This tool is free, but it only allows us to test web apps, not desktop or mobile applications. Except if you are searching for a mobile or desktop app tester, then go with IBM, Appium, etc. But in this post, we are only going to talk about testing web apps using Selenium and why developers prefer this tool over anything else.

To generate Selenium test scripts, you can apply programming languages such as Python, Java, etc. And when you test an application using Selenium, the process is known as “Selenium Testing.” Selenium testing comes with several in-built tools such as Selenium Grid, WebDriver, Selenium Integrated Development Environment (IDE), and Selenium Remote Control (RC). Selenium WebDriver and Selenium RC are combined into a singular framework that creates Selenium 2. And Selenium 1 is Selenium RC itself. Before we get into the features of Selenium, it’s important to note its advantages.

What are the Advantages of Selenium?

Due to its open-sourced nature, there is no licencing cost included in Selenium, and that is the most important advantage of Selenium over other similar tools. Other reasons why developers prefer it are as discussed below.

But advantages are not the only things you need to be aware of.

What are the Disadvantages of Selenium?

Below listed are some of the shortcomings of this web-application testing tool:

We will go further to explain about Selenium, the web app testing tool but before that, let’s find out a little bit about its history.

What is the History of Selenium?

Selenium is actually a group of different tools that help developers with the testing process. In 2004, Jason Huggins created Selenium because he was having issues with frequent testing of applications. He realised that performing manual testing on apps repeatedly was not enough, and for that, he also created a Javascript application that would monitor the browser’s activities. We call that app JavaScriptTestRunner, and later, he made the tool open-sourced for other users to benefit from it. Selenium Core, named lately after the release, is a JavaScriptTestRunner. But Selenium Core wasn’t enough.

But when people were using Selenium Core, they had to install the entire app under test and the webserver on their personal system. That’s why Paul Hammant, a colleague of Jason’s, created a server that would act as a proxy to make the browser believe that the Selenium Core and the web app belong to the singular domain. This facility then became Selenium RC, or Selenium 1.

The History of Selenium Grid

Selenium Grid was designed to minimize the execution time of app testing. It was founded by Patrick Lightbody, but it was known as Hosted QA at the beginning of the release of Grid. The grid can capture the screenshots from the browser during different stages of the app testing and sends out commands to different servers at the same time.

The History of Selenium IDE

The IDE was created by a Japanese engineer named Shinya Kasatani. Selenium IDE is a Firefox extension that comes with a record-and-playback feature for automating the browser. This tool increases the speed of the test.

The History of WebDriver

Webdriver was created by Simon Stewart in 2006 during the time when browsers and web apps were facing restrictions from Selenium Core. But this testing framework is capable of monitoring the browser from the operating system so that the web app can trick the browser into believing that the two of them belong to the same domain.

The History of Selenium 2

In 2008, the developers of Selenium decided to combine WebDriver and RC into the same tool and named it Selenium 2. Here, WebDriver was the core, and RC is in maintenance mode while still improving itself. Developers are, however, focusing mainly on the development of Selenium 2 at the moment.

The Same Origin Policy does not allow Javascript codes to access elements from a domain that is not related to Javascript. That’s why when Selenium RC wasn’t in the picture, developers needed to install local copies of Core and the web server that tested web applications to make them combine into a single domain.

Now that we know why Selenium was created, we should also talk about the main components of Selenium and how it benefits the users.

What is Selenium IDE?

Selenium Core, Selenium Integrated Development Environment (IDE), is a framework that you can learn easily because it is simple to execute. The IDE is a Firefox plugin that is straightforward to install, but this plugin is a prototyping tool, and it is not suitable for advanced testing. For advanced testing, use RC or Webdriver.

What is Selenium RC?

WebDriver claims to be superior to RC and IDE in a variety of ways.WebDrivers provide a modern and secure approach when it comes to automating the browser’s performance. But it does not depend on Javascript or automatic testing and monitors the browser by directly interacting with it. Like RC, WebDriver supports Java, Python, Ruby, PHP, C #, and Perl.

What is a Selenium Grid?

Selenium Core Grid is another tool in Selenium Core that runs with RC simultaneously to perform parallel tests across various systems and machines at once. Parallel tests must be taking different tests at the same time. Here are its best features in a nutshell:

Now you know everything about Selenium, it is important to find what you are looking for in this testing kit. For example, when you are choosing Selenium, you might want the IDE to execute Javascript codes using transcript and also simplicity so that you can generate tests without any prior knowledge of Javascript or programming. And since we have mentioned the benefits and drawbacks of every tool in Selenium, you will understand why developers use it. To learn about Selenium’s competitors like QTP, do follow our other articles.