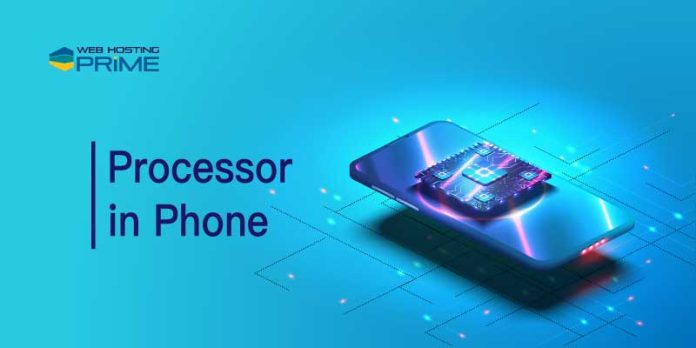 Smartphones have become mini-computers that can fit inside our pockets with ease. There used to be a time when the only thing you could do with a mobile phone called someone. But now, these miracles of technology can do almost everything a computer can do.

Want to play some games in your free time? Well, the smartphone has got you covered. Want to make a video call to your friends? No problem, just one click, and your friends will be right in front of you. In addition to this, business applications such as stock analyzers and Zoom video conferencing apps have successfully made their way to smartphones.

Right now, more than 80% of the total internet traffic is coming from smartphones, so it is fair to say that smartphones are leading the technology change that we are witnessing in this 21st century. But what makes smartphones so powerful? Well, the correct answer is their processors. When we have to look at the exponential advancement in the features of smartphones, we can see they are directly related to the enhancement in processing power.

Why do you need the Best Processor in your Smartphone?

Let’s start with the very basics. In a smartphone, the processor is considered the most important and most expensive part of all the components. The main purpose of the processor is to handle the running of all the applications along with the operating system. It works exactly like a CPU unit that is present in a computer.

Likewise, the processor’s duty is to keep all the background tasks running at their best, so you don’t experience any hiccups when using the mobile phone. In simple words, everything that you do from your mobile phone is dependent on the processor’s ability to handle the tasks. The faster the processor, the better the performance and the more apps you can run side by side. So, when purchasing a new smartphone, the first thing you need to look for is an excellent processor.

On the other hand, smartphone processors are also known as System-On-a-Chip (SoC). This means the motherboard of your mobile phone is made up of several subunits, and the one that works as a central processing unit is known as the SoC. Then comes your Graphical Processing Unit (GPU), memory, RAM, and camera module.

The CPU is responsible for performing vital functions like activating your touchscreen. At the same time, the GPU is responsible for showing the UI of the smartphone along with loading web pages or playing video games. A dedicated GPU is a better option as it uses less battery power and gives you better graphical performance.

How to find which one is the Best Smartphone Processor?

A processor’s ability and performance decide what a given smartphone can do, so in order to find out the best of the best processor, you need to do some research beforehand. Given below are some of the points which you must keep in the back of your head when testing the processor and its performance.

First, keep yourself away from the misconception of thinking that Qualcomm processors are the best and any smartphone that has one inside becomes the best choice for purchase. The performance of the processor depends on two things: the number of cores it has and the clock speed at which they run. Let’s talk about these two specifications in detail.

A core is basically an element of the processor that implements and executes tasks. Most of the smartphones that have now hit the market have multiple cores inside, just like the CPUs of computers. With more cores, you can perform more tasks simultaneously. Right now, the best processors have eight cores, but the most common ones are the quad-core, which you can find in budget smartphones ranging from 15,000 to 25,000 rupees.
There are some very rare processors that come in a hexa core configuration. If you are someone who loves playing video games on their smartphone, then having more than 4 cores becomes necessary for smoother animation and a high framerate.

For each processor, there is a clock speed, which is defined in gigahertz (GHz). GHz is basically the speed at which each individual core performs the given tasks. In this case, too, the higher the clock speed, the faster the CPU will be able to complete the task. In some higher-end models, you are going to find multiple GHz for multi-core processors. This is because most manufacturers are trying to find the perfect balance between performance and efficiency.

For example, the Qualcomm Snapdragon 845 chipset has eight cores, and of those eight cores, the four performance cores have 2.8 GHz of clock speed. In contrast, the remaining four efficiency cores have a clock speed of 1.7 GHz, which allows the processor to consume less battery life.

So when you are searching for a new smartphone, those are the two main things about processors that you need to keep in mind before moving on to the next features.

Finding the Right Processor Based on Manufacturer

For a normal person to know about the above-given information is almost impossible. For them, the core count and the clock speed are just numbers, and the more the numbers, the better they are. So the next thing to consider is the manufacturers of the processors and the series of the chipset.

As of now, there are only a handful of companies that are coming up with their own processors. The first one is Samsung, Apple, and now Google has joined in the race to manufacture their own processor and use it in their new Google Pixel 6 flagship device.

Then come other companies that are making processors and selling them to other brands. These companies are Qualcomm and MediaTek. With the increased sales of Chinese-made smartphones, MediaTek is becoming well-known in the tech world.

As we said earlier, you should not think of Qualcomm as a winner in all the different lineups. In some cases, Meditek’s budget processors are doing much better than Qualcomm’s and provide better battery life. The main focus of MediaTek is to provide users with high-end features at a much more affordable price point. This can also be seen in the companies that are using them as their processor in smartphones.

Qualcomm uses the naming scheme of 800, 700, 500, 400, and 200. The 800 series processors from Qualcomm are at the top end, and these processors are found in some of the flagships that companies release on the market each year. The latest in the 800 series is the Snapdragon 888 octa-core processor. The 800 series uses the 5nm chipset, which is quite a major leap from the previous silicon. In addition to this, Qualcomm has also upgraded their GPU with the 888 processor, in addition to moving from 4G to 5G network connectivity.

The 700 series doesn’t provide you with the flagship features that you get from the 800 series. But still, it holds its own ground and, in many ways, is a sufficient processor for mid-range smartphones. The 780G from Qualcomm comes with a 642 GPU, which gives you enough power to game without any lags and frame drops. Moreover, all the chips that are manufactured in 2021 will come with the support of the 5G network. With the 700 series, you are getting high-end power while still being on a mid-tier budget.

Apple never tells you how much performance boost you are getting from its previous-gen processors. They always keep it in vague percentages like 50% faster than the competition and GPU performance 30% better than the competition. What Apple doesn’t say is who the competitors with whom they have tested the chip are. But let’s keep these shenanigans aside and look at what’s new in A15. The first thing is the presence of two new CPU microarchitectures. The change comes in both the performance and efficiency cores. In comparison to A14, the A15 has better single-core performance as the two performance cores are now reaching 3240MHz, which is significantly better than 2998MHz from the previous generation.

Furthermore, when both the performance cores are active, their operating frequency goes up 10% due to the fact that each core is running at 3180MHz. Apart from that, the efficiency cores have also seen a bump in performance and now run at a clock speed of 2016MHz. Giving A15’s efficiency cores a 10.5% boost over A14’s. If you already have an A14 chip iPhone, then it is better to wait for one more year to see double the increase in performance. On the other hand, if you are using an older version than A14, the new chipset is pretty amazing to try your hands on.

The Exynos chip from Samsung is one that is a landmark for the firm. The main reason behind this is not the 5nm design but the use of an all-new SoC known as Mongoose, which uses Arm’s Cortex cores. According to the press release by Samsung, the new core provides a 30% boost in multi-core tasks over their previous flagship processor, the 990.

The Hisilicon Kirin 9000 is another processor that is based on the ARM octa-core SoC. This chip is present in the Huawei P40 Pro, and it has eight cores in three clusters. A single high-performance ARM Cortex-A77 core is capable of reaching 3.3GHz. Then there are three more performance cores that have the same Coretex-A77 architecture, but they can boost up to 2.54 GHz. Apart from this, the last four cores are of the ARM cortex-A55 architecture with a clock speed of 2.05 GHz. The best thing about the Kirin 9000 is its ability to use all eight cores at once.

The integrated graphics that come with the Kirin 9000 is Mali-G78 and has 24 cores. In addition to this, it has dedicated AI acceleration with the Da Vinci Architecture 2.0. Huawei also specified that it is using an 8MB cache and that the CPU can process both DDR4 and DDR5 main memory. This processor performs better than the Snapdragon 865+ and is up to the level of the A13 Bionic chip. As a result, it is the most cost-effective processor with flagship performance.

Google came with its own processor and named it Tensor. This eight-core Arm-based design processor has two high-performance Cortex-X1 cores, which can go up to 2.8Ghz of clock speed. Then comes the two mid-range A76 cores with 2.25GHz of clock speed. Lastly, there are four efficiency A55 cores that run at 1.8 GHz.

These are some of the most powerful cores from ARM, and also, this configuration also includes some of the older cores as well, which is quite an unusual spec by today’s standard. This chip has tons of AI features that make it unique, and you can even delete specific characters from the image and make it look cleaner. There are features like on-device translation for speech, and you can get live captions on the videos which are being played on your phone.

These were the best processors from individual companies. Apart from this, there are no more flagship processors coming this year. If you are well versed in the Apple ecosystem, then moving to Android just because it has a better CPU isn’t a great call. You should stick with Apple’s bionic chip. On the other hand, even if your Samsung doesn’t come with a Qualcomm processor, it doesn’t mean it’s not the fastest. Check under the hood, and you might find an Exynos 2100 inside.

In the end, we would like to end this article by saying that you should not think of a specific manufacturer to provide you with the best processors. Even the new ones, such as Tensor from Google, pack a whole lot more performance than all the mid-tier processors. So it’s better to keep yourself more open to new chips that are coming into the market.