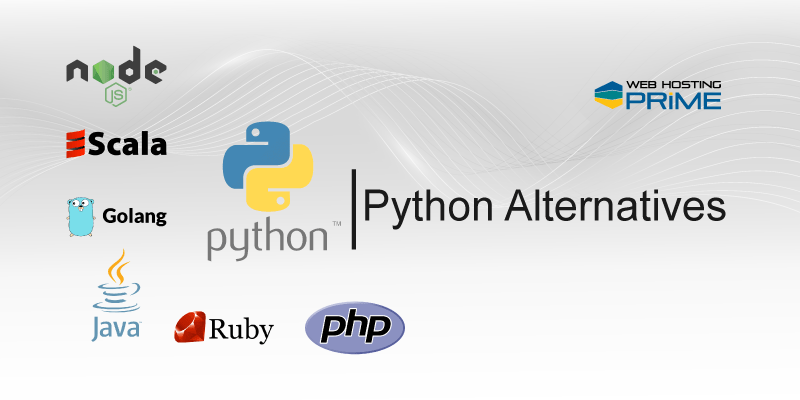 Python is one of those programming languages which you can find being used in almost every technology and line of work. Many well-known companies have used it to develop web-based applications, analytical data applications, and even machine learning implementations. But, with such great power comes great responsibility; in this case, Python has fallen short.

Python has always been a fan favorite, and no matter what, you can’t argue that it is one of the easiest programming languages to learn and start making money by using its expertise. But we are not here to celebrate the wonders of Python.

Let’s try to decipher the truth about Python and its features. To begin with, Python is a programming language with some of the greatest versatility compared to other languages. It is a general-purpose programming language that can be used anywhere. As a result, it is not limited to being used solely for web development or app development, as Java and Android are.

Python works in tandem with the use of an interpreter that will help in the execution of the final lines of code. You can easily find free resources online that can get you started on the learning journey of Python. The basics of Python are written in English, so there is no fuss about understanding the code when you are trying to debug it. This makes it a pretty straightforward programming language from the start.

Python was first developed in 1989 by Guido Van Rossum. He managed to extract the benefits of ABC programming and clear out all the different forms of errors, along with bugs, that were present in ABC programming to form Python. Many people consider Python to be named after the snake, even though the logo depicts the picture of two blue and yellow snakes. But the story behind the name is much different than that. Back in the 1970s, there was a BBC comedy show called Monty Python’s Fly Circus. Van Rossum was a big fan of this TV show, so when he developed a new programming language, he named it Python in honor of his favorite comedy TV show.

The Python programming language has undergone significant changes between 1991 and 2017. The major shift in the programming language results in the version being changed from 1.0 to 2.0 to 3.0. Following that are the minor changes, which are considered sub-par changes to the main version. All over the world, developers are still using Python 2.x because most of the frameworks that make the development of applications easier work on Python 2.x. Apart from that, the new version of Python 3.x will soon have its own set of frameworks, so we believe it’s a future-proof programming language.

Let’s look at some of the benefits of Python before we move on to finding its alternatives, which you can use in developing a project.

There is no doubt about it, but Python is pretty easy for beginners to learn. Even people with no programming knowledge can start coding in Python with a few weeks of learning and practice. Even though it is a high-level programming language, its syntax is still present in the regular English language. In Python, the same task will require much less code than it would if you wrote it in C or Java programming.

Python is considered to be a productive programming language. The simple nature of Python allows developers to spend more time on solving the problem than figuring out how to write the code efficiently. The behavior of the programming language is easy to comprehend. Thus, you don’t have to worry about spending hours interpreting someone else’s code.

Python language is quite flexible. As a result, it allows users to try out new things. If a user has an idea about what needs to be done, they can use Python to create new types of programs. Python is preferred in these types of scenarios due to its wide range of frameworks, the freedom it provides, and the flexibility it comes with.

Python comes with a great list of libraries that can be used to perform various types of functions. In addition to this, being open source, you get tons of extra libraries developed by the community so that you can take advantage of those libraries at no additional cost.

Why do you need to find Python Alternatives?

Below are some of the limitations that result in developers looking for alternatives to the Python programming language. These limitations differ based on the implementation and usage of Python, so your mileage can vary.

When we compare Python to other programming languages in terms of its speed, we can easily make out that Python is on the slower side of dynamically typed languages. On the other hand, for the execution of the code, every single line of the code has to be explicitly ordered due to the language being interpreted. This also results in Python programming taking a lot of time to compile and run the code. So if you are working on a project requiring fast code acceleration, Python can’t help you.

Due to its flexible data types, you will find that Python will have high memory consumption. It comes with a large amount of memory, and Python falls short when it comes to optimizing the memory.

There is no mobile development.

Python is a powerful programming language for server-side platforms and even for desktops. Still, it lacks many features required to make a mobile-based application. For the mobile app, development in Python is considered too fragile. It necessitates a massive amount of memory and processing power; thus, no mobile phone, no matter how powerful, will be able to load Python-based applications. Moreover, Python does not have a built-in framework, tools, or even libraries for creating mobile applications.

Due to Python’s being dynamically typed, you will end up with several issues and design flaws. There can be a change in the variable’s data type that you have defined. As a result, you need to test them out more often, and you can quickly resolve the issues that come up during the display of the runtime.

The source code of Python is available to the public, so you cannot use it because hackers can easily exploit the issues and bugs present in the source code. The codes that are written in Python are simple to understand, and in no time, a hacker can understand what is going on if they can get their hands on your source code. This will allow hackers to manipulate your code according to their liking and get better at your security.

7 Best Python Alternatives to Using In 2023

Now let’s talk about the main topic of this article, which is the list of the top 7 Python alternatives that can help you develop a fantastic application according to your requirements.

Java is quite like Python because it is also an object-oriented programming language. But it is used to handle the development of complex applications that require more than one or two programmers to work simultaneously. There are tons of products that are being developed in Java. Furthermore, Oracle Corporation controls and handles all the upcoming versions of Java. Java comes with many features ranging from basic OOP concepts to multithreading, streams, lambdas, functional interfaces, and more. Likewise, you can follow the design patterns’ implementation via the idea of an abstract class, inheritance, interfaces, and more.

Ruby is a dynamic, reflective, object-oriented programming language that Yukihiro Matsumoto developed. Everything you will find is an object, except for the blocks, but you can also find a replacement. The main objective behind the development of Ruby was to create a sensible buffer between human programmers and computing machinery. Ruby comes with features similar to those in Smalltalk, Perl, and even Python.

Ruby on Rails is one of the most common computing programs. Ruby is designed for both front-end and back-end development and other similar applications. When you code in Ruby, you will feel like you are coding in English because its syntax is simple to work with and comprehend.

PHP is a server-side scripting language that can come in handy when you are looking to build a static website. Even dynamic websites and web applications can be created using PHP, but the development process could be too tedious, to begin with. The scripts that are written in PHP can only be interpreted on the server side where PHP is installed. The client computer that tries to access the PHP scripts only needs a web browser to see it.

Golang is an open-source programming language that Google designed. It is a statically typed programming language that is used to build simple, high-performing, readable, and efficient programs. The main reason for the development of Golang was that the code base of Google was getting too complicated. The first public version was released in 2012, but the language has been up and running since 2009 inside Google.

Golang quickly became popular among developers due to its simplicity, readability, and efficiency, along with its concurrent nature. Some of the well-known tech giants of modern-day are using Golang; some of these are Netflix, Google, Twitch, Dropbox, Kubernetes, Docker, Heroku, and more.

The significant advantage that Scala brings to the table is the integration of the Java Virtual Machine (JVM). The Scala compiler first compiles the code written in Scala, and then the byte code will be generated for the same. This byte code will then be sent to the JVM that will create the output of the code. Due to this involved process, Scala became the key to handling and managing vast amounts of big data.

Node.js is a programming language that uses a single-threaded event loop architecture to handle multiple clients simultaneously. Node.js also comes with a limited number of threads; thus, it utilizes fewer resources and memory, which results in a much faster execution of the tasks. In real-time applications that don’t require developers to use a multi-threaded programming language, Node.js becomes the much more obvious choice.

Still, its implementation can be found in many applications that we use daily. Learning C is a must for computer science students if they want to become great software engineers. Programmers love it for doing low-level coding along with embedded programming. In addition, C has found its way into programming semiconductors, hardware, and storage industries.

As you can see, every Python alternative comes with its own set of features and advantages. Now it’s up to you to find out which one of them suits your requirements the best. Python is a great programming language, and we definitely encourage more and more students and professionals to learn it. But if your project requirements are complex, it is better to steer clear of Python and choose any of the above-mentioned Python alternatives.

So, find out your requirements and then look for the programming language that aligns with them in the best way. If there is any programming language that you want us to add here, feel free to comment down below. Furthermore, if you have any questions regarding the above-mentioned Python alternatives, please write down your query in the comment section. We will be happy to provide you with a satisfactory answer. Happy Coding!!!