Home Uncategorized How to Screenshot on Mac 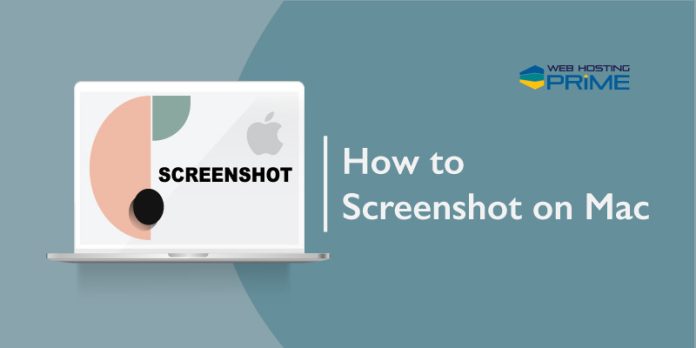 You might find it challenging to get a screenshot on your Apple device if you are a Windows user who has recently switched to an Apple device. It is simpler in Windows to press the print screen key and get a quick screenshot.

But in the case of the Mac, you need to press a couple of keys to get a screenshot. Apart from clicking some keys and giving commands, you can also use tools to record video of the screen, minor recordings, etc., using QuickTime Player. If you are not using the latest version of macOS, you will need to run a heavy search query to get a screenshot. As you do not have a dedicated button similar to Windows OS for the print screen, you can leverage a dedicated menu.

But after the introduction of macOS Mojave, the screenshot utility of macOS got more advanced as it now offers a single command to open a screen capture menu. After getting your hands set with this tool, you can quickly get the screenshot. But if you look at the native tool for screenshots, you will see only five different options for capturing the screen on a Mac device.

This article explains how you can take a screenshot with the Mac operating system, and which method is most suitable for you.

How to take screenshots on Mac

As previously stated, if you are using macOS Mojave or later, you can simply use its screenshot menu and select your preferred option to obtain the screenshot. You can also take a screenshot by using the dedicated keyboard shortcuts. However, if you have an older version of macOS than Mojave, you will need to use different commands to capture a specific or entire window screen depending on your needs.

If you have a macOS version such as Mojave, Catalina, or Big Sur, you can open a screen capture menu by pressing + Shift + 5 to perform the actions listed below.

You can select where to save your screenshots by clicking the Options button in the above screen capturing menu.

How to print a screen of a selected area

Using the Touch Bar to take a screenshot

If your Mac device has a touch bar, you can create a customized button to capture the screen quickly and work similarly to the print screen option in Windows. You can follow the below steps to create a dedicated button for taking screenshots.

Now, you need to use the touch bar and nothing else. Click on the screenshot button to open the screen capture menu. You can choose the area you want to capture as per your requirements and move the cursor to capture the screen. If you want to change the location where you save your screenshot, click the “Save To” option.

Suppose you want to capture a scrolling screen. How would you do that? You can not use native tools for capturing that. Even if you can use the + Shift + 5 Mac screen capturing menu, the other available options for getting a screenshot on the MacBook are pretty basic. You can use third-party snipping tools to get more functionality while capturing your screen on your Mac device.

Below, we have mentioned some of the most commonly used screen capturing tools.

If you are looking to capture a screen after some delay, this tool is your best choice. It offers excellent features, such as a self-timer, screenshot pinning, and internal cloud. You can use its self-timer feature to set the right moment to capture the screen. You can make your screenshot visible on the screen by pinning it to the desktop. Also, you can save your screen captures to the internal CleanShot Cloud to get shareable links in a flash.

You can use this tool to record a quick voice message and add a screen recording along with annotations to let your teammates check it out later. You can integrate Yac easily with Slack and get notified when someone sends you a message on Yac.

Printing screen on Mac with Preview

Apple devices include Preview, a native image and PDF viewer. This tool can be used to capture a portion of the screen, a window, or the entire screen. One of the significant advantages of taking screenshots in Preview is that it will open the screenshot in a new Preview window and allow you to edit it, such as resizing, adding annotations, and so on. It is one of the important features that will assist you in a variety of situations.

Take a screenshot on your Mac device using Preview by following the steps below.

Go to the app menu, select File > select Take Screenshot > choose the part of the screen you want to capture > take a screenshot. You can now make the necessary changes and save the screenshot in any location on your Mac.

If you want another way for taking the screenshot rather than using the menu or third-party apps, you can simply hit the two critical commands on Mac to take the required screenshot. Below are the two majorly used commands-

By default, all screenshots you take will be saved to your Downloads folder or Desktop. As a result, the location becomes clogged with images labeled “Screen Shot 2019-XX-XX at 21.36.15.” This naming convention is inconvenient for keeping track of all of your images, making it difficult for people to understand which image they have saved.

You can get all of your caps by using Finder and Preview together. PhotoBulk is a bulk image editor designed specifically for renaming, resizing, and compressing photos in bulk. Drag and drop the screenshots you want to rename, then enter a name for the group and click Start. All of the renamed images will be neatly organized into their respective folders.

Dropshare offers you several significant third-party cloud apps. Still, one app is the proprietary Dropshare Cloud, which is helpful for keeping your Mac screen capture sharing separate from your other sharing activity.

More enhancements to the screen capturing features and functionality are possible. Taking screenshots on Mac devices is simple, as demonstrated above. On a Windows system, it’s as simple as pressing the print screen key. However, the addition of dedicated screenshot menus has made it easier to take specific screenshots and record videos as needed. This dedicated menu has alleviated the difficulties encountered by users who have recently switched from Windows to Mac.

In the meantime, you can try another excellent option for capturing screens in the Mac market that provides more features than the built-in options for taking a screenshot on a Mac. We have mentioned some of the commonly used third-party tools for capturing screens and recording videos. You can choose any of the tools as per your requirements and ease.