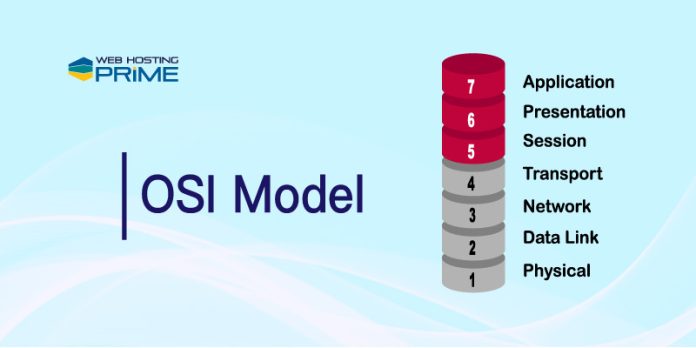 OSI model (Open Systems Interconnection Model) is one of those conceptual frameworks which allows us to understand how a networking system works with all its functions. The OSI model has many computing functions that come with a universal set of rules and requirements. This results in support of interoperability between several products and software as well. Let’s clear the first misconception that many people have: the use of the OSI model in the real world.

Well, the OSI model is just a theoretical representation of how a network should work. But in no way can you use it in the current scenario where the whole world is connected via the Internet. But why is the OSI model still important, and what every network administrator should know about it? Let’s give you a detailed answer to this question in this article.

Our topic of interest here is the OSI model and its various layers. Also, we will be talking about the issues related to the OSI model, which makes it unusable in any way possible. So let’s untangle the mystery of the OSI model.

What is OSI Model? [Definition]

Now you must be thinking, if the OSI model is not of any use, then why was it created? The answer is pretty simple and complicated at the same time. Simple in the sense because it helps us understand how a network should work and complicated because there are seven different layers for which you need to learn about. This layered approach is present in a hierarchical way that will help address all the required technologies and devices used for communication.

The 7 Layers of OSI Model Explained

Now that you know the OSI model comes with seven different layers, it’s time to discuss what these layers represent. Also, we are going to find out why these layers are needed in the first place.

Let’s start with the base layer of the model, which is the Physical layer; it is responsible for making a physical connection between the two devices available in the network. The information which is present in the physical layer is present in the form of bits. As a result, this physical layer transmits the data along with other information in individual bits from one node to other. When two devices are sending data back and forth, this layer will receive that data to convert it into 0s and 1s. When received data is converted into binary, it will be sent to the data link layer, where it will put the frame back in shape.

The data link layer is the one that helps in the transfer of a message from node to node. The primary use of the data link layer is to make the transfer of data error-free when it is being transferred from one node to the other. When a packet is received in a network, it becomes the responsibility of this layer to send it to the host by pinpointing this MAC address. The data link comes with two sublayers. In addition to this, when a packet is received from the network layer, it will further be divided into many frames depending on the Network Interface Card (NIC) frame size.

With the use of Address Resolution Protocol (ARP), the data link layer attains the MAC address of the receiver. The ARP works by asking the system, “Who has that IP address?” Then a host of the destination will reply with its MAC address.

The network layer works with the transmission of the data from one host to the other, which are a part of a different network. In addition to this, the network layer also takes control of the packet routing which means it finds the shortest paths which can be used to transmit a packet from all the different number of routes available. The IP addresses of both the receiver and sender are placed in the network layer.

The transport layer takes care of the order of the message. That means when you send a message within a network, it should arrive at the receiver in the same way you have sent it. Also, this layer will keep track of duplicates and remove them from the message if required. The transport layer is the one that transfers the data completely. It gets the data from the layer present above it and then converts it into much smaller units which are defined as segments. On the other hand, this is an end-to-end layer for many people, which gives users the point-to-point connection between the source and the destination for reliable data transfer.

The transport layer works using two protocols, the TCP, making it possible for the devices to communicate with each other over the Internet. Another protocol that is being used in the transport layer is the user datagram protocol. It is used when a receiver doesn’t send any acknowledgement about receiving the data packets. In that case, the sender will not have to wait for the acknowledgement. It will keep on sending the data packets to the receiver.

Once the connection is made between the two devices, the session layer will establish, maintain, and synchronize the interaction between various devices. There are two most essential functions of the session layer: the dialogue controller, which means this layer is responsible for creating a dialogue between the two processes, which can be half-duplex or full-duplex. Apart from this, the session layer also comes with its own set of checkpoints when it is sending data in sequence. When sending the data, if something occurs in the middle of the transmission, the whole process will repeat from the last known checkpoint. This is known as synchronization and recovery of the data.

The second last layer is the presentation layer, and its only concern is with the syntax and the semantics of the information which is being exchanged over the Internet. It works as a data translator for the network. In addition to this, it is a part of an operating system that converts the data from one presentation format to another format. The presentation layer is also known as the syntax layer.

There are two other main functions of the presentation layer apart from translating the data. The second is the encryption of data and then the compression of the data. Compression of data will reduce the number of bits that are needed to be transmitted. Furthermore, data compression is pretty essential in multimedia like text, audio, and video.

Now that we know about the different layers of the OSI model let’s talk about some of its benefits to users.

The OSI model is pretty generic if we look at it, which means we can use it on many devices that different companies manufacture. Most computer networks use the OSI model to understand and implement the practical networking model when they are working on manufacturing new devices.

Every single layer of the OSI model is different from each other, and they are very well separated. As a result, if we do any change in a single layer, it won’t have any impact on the others. Even if a single layer has been updated, all the devices working on its principle will still work fine and have no problem at all.

As we said in the above point, you can make changes to any of the OSI layers, and other layers will not be affected. That’s because the OSI model is flexible. In addition to this, it can work with both connection-oriented and connectionless services if you want it to. If there is a concern of reliability, then you need to use connection-oriented services. On the other hand, if speed is a significant concern, then it is better to go with connectionless services.

So now you know each layer is different from the others and is separated. As a result, it becomes pretty easy for you to troubleshoot them when needed. If needed, you can troubleshoot a single layer while others are working perfectly fine. As a result, no time will be wasted in analyzing the whole network.

Things to Keep in Mind for OSI Model Implementation

No matter how easy it is to follow, the OSI model is still not relevant practically. Now you might be asking why? Well, given below are the issues that you will be facing when trying to make the OSI model work in a real-world scenario.

Let’s start with the very obvious here, and the OSI model is entirely theoretical. It means it becomes practically impossible for you to implement it in a real-world scenario. The thing with the OSI model is that it doesn’t have appropriate technology as of right now. Besides, the cost involved in changing the whole network and migrating it on OSI practical model is going to cost a lot of money and time.

When it comes to being effective in real-world scenarios, the OSI model failed to stand toe-to-toe with TCP/IP. Thus, it is not as effective as the TCP/IP model which we are using right now.

The seven different layers prove how complex it is to implement. If any of the layers is not optimized for the work, you will start facing problems while working on the network. Let’s take an example to make it easier for you to understand. Let’s suppose a function needs to be performed by two layers of the OSI model. Well, in that case, both of them will do that function separately and provide you with the outcome. This will lead to confusion and wastage of time as well.

Well, this was all about the OSI model. Even though the OSI model has many capabilities, it is only helpful for a theoretical understanding of networking. It is one of the best reference models, and it was late in its invention; otherwise, we might have been using the OSI model instead of TCP/IP.