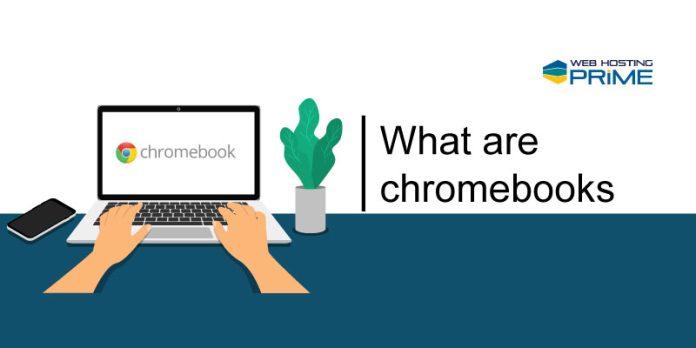 Sundar Pichai, Google’s CEO, took the stage at Google’s Developer Summit in 2011 when he was still the company’s Vice President, and unveiled an unexpected new line of products. It wasn’t a brand-new commercial campaign, search algorithm, or application. Rather, it was a completely new personal operating system, Chrome OS, and Google’s replacement of conventional laptops, Chromebooks.

Ever since then, this product and OS have proved to be extremely valuable for the company. In 2020, Chromebooks outperformed Apple’s MacBook in the market for the first time. Research firm IDC reported that Chrome was successful in capturing an estimated market share of about 10.8% while MacBooks were able to bag only 7.5%. That says a lot about the company and its leader’s vision, right?

So on that note, let’s take a deep dive and understand what Chromebooks are and how they’re performing in the laptop market in 2021.

What is a Chromebook? [Definition]

It’s Google’s world and we all live in it. As such, you must have heard the word Chromebook, or at least Chrome, at some point. The word Chromebook essentially comes from Chrome web browser. Chrome is the most used web browser in the world ahead of Microsoft’s Bing and Yahoo.

What is Chrome OS?

Chrome OS is a Linux-based operating system released back in 2011. It is very similar to Windows and macOS and runs on low-end machines quite fast as compared to other operating systems. It’s a fast, simple, and reliable operating system, which is specially designed to power Chromebooks.

FYI, there’s no official release to download Chrome OS for your personal computer.

General Specifications of a Chromebook

Google has collaborated with all the big players in terms of laptop manufacturing, such as Samsung, HP, Lenovo, and ASUS, providing them with operating systems. Chromebooks generally come in 12.3-inch notebook screen size with a 2400 x 1600-pixel display, Intel Core processors such as M3, and 4GB of RAM. Offline storage is only available in the premium Chromebook versions, and the hard disk size can range up to 2TB.

How Much Does a Chromebook Cost?

Chromebooks had a rather narrow price range for a long time, with the lower end being the most affordable. Here’s a quick look at some Chromebook models and their prices:

The elite Chromebook industry is expanding with computers like Samsung’s Galaxy Chromebook costing almost $1000, and its sequel, the Galaxy Chromebook 2, also taking the lead in terms of price and features. If we compare these prices to Windows computers, the overall average price for Windows laptops or PCs is $478, so you’ll likely pay more for a Windows 10 laptop.

A Chromebook is a less expensive option than a Windows notebook or MacBook. It utilizes Google’s Chrome OS, which means that Windows and Mac programs won’t run on it. But that doesn’t mean that Chromebook can’t compete with conventional computers.

You’re likely aware of the differences between a Windows PC and a Chromebook, but still, here’s a quick run-through – Windows PCs run on Microsoft Windows, the industry’s most popular operating system for almost 25 years. They run a wide range of software programs, including Microsoft applications as well as third-party software. Windows PCs come in different desktop and laptop versions, and they can be used in a variety of ways to meet a range of purposes, from simple productivity to intensive applications.

To compare the two systems at a glance, have a look at this table:

How to Switch from a Conventional Laptop to Chromebook?

Switching to Chromebook from a conventional laptop is as simple as counting 1, 2, and 3. Just follow these easy steps:

Step 1: Grab your existing Mac/Windows machine and make sure you are logged into the Chrome browser with your Gmail account. Bookmark everything; your usernames, passwords, and settings will be saved and retrieved if you switch this way.

Step 3: Sign in into Google account (a same account that you’ve used in the steps above). You’ll find all of your files waiting for you in Google Drive! Switching to Chromebook is that simple.

A Chromebook is a stripped-down PC that started as nothing more than the Chrome browser – but it could be hundreds of dollars less expensive than an equivalent Windows PC. For in-person and remote education, many American education intuitions have chosen Chromebooks, and maintaining a low-cost Chromebook at home can be a fantastic idea.

What’s more, Chromebooks now include Android applications and online games, allowing them to serve as both leisure and productive devices. See for yourself how Chromebook dominates Amazon’s list of “best-selling laptops”, particularly during high sales times such as Prime Day, when prices drop by as much as $100.

But have you ever wondered what the hype about these computers is? Why is the world going gaga over them? Let’s evaluate if buying a Chromebook will be viable.

Pros of buying a Chromebook

Cons of buying a Chromebook

Chromebooks are quite easy to use. They operate on Chrome OS, which is effectively a Chrome web browser on steroids, and are hundreds of dollars less expensive than a Windows PC. The newest Chromebooks can run some Android apps, along with the added advantage of being able to run Linux. Chromebooks are inexpensive but surprisingly versatile.

In the years to come, Google has some amazing plans for Chromebook. The company will likely become more compatible with Microsoft applications by using parallel technology which includes virtualization of Microsoft apps in Chromebook, thus utilizing its full potential. Within the next ten years, Google intends to make Chromebooks even smarter and useful to all. For example, it has chosen that its AI technology should be integrated into the core user experience rather than being a distinct tool (Google Assistant). Google has outlined a future in which Chromebooks will include more sensor technology for a personalized viewpoint. Face detection, GPS, and a fingerprint sensor are just a few of those features.

So, in all fairness, the dawn of the Chromebook era is just around the corner!

How to Become a Devops Engineer