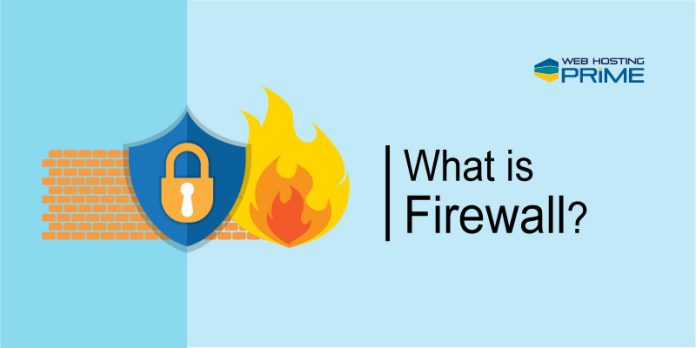 The contemporary world has paced up its technological advancement with each passing decade. Ranging from the invention of electricity to innovations in communication through mobile phones, the human race has come a long way using its intellect. These revolutionary innovations have enlightened the world with their infinite benefits and uses. They have made human life rather easier than it was once thought to be. Today, one can have all the world’s amenities delivered at their doorstep with a single click on their mobile phone or computer. Not only this, with the advent of the Internet, all the information that exists in the public domain can be accessed with a communication device from the comforts of your home. There are various benefits offered by several innovations that have been made by humans yet.

However, every coin has two faces. Similar is the case with these human developments. Despite offering an unending list of benefits and advantages, these innovations have many disadvantages and flaws within them. Especially the Internet. The Internet offers a vivid range of activities with great ease in accessing and using its offerings.

However, the advent of the Internet has introduced novel threats into the lives of human beings. While using the Internet, the biggest threat is the danger of losing your privacy in the hands of data stealers lurking in the virtual space of the Internet. These thieves try to steal your data from your device and make money out of it by selling and using it for different purposes. You might be unaware that you are lending your data to these stealers. While relaxing in some café or any public place and enjoying an open network in the place, you are inviting these opportunistic thieves for a delightful data-packed dinner at your device that would complement their appetite.

However, one should never underestimate the human intellect when it comes to solving real-life problems. It is said that necessity is the mother of inventions. Therefore, the necessity of protecting one’s data from getting into the hard disk of some virtual data thief, a group of intellectual minds came up with the concept of Firewall.

People usually hear of computer-related lingos that are rather uncommon in a layman’s life. A firewall is a similar term usually heard by the common masses but only to waft through their ears and minds. However, if you want to save yourself from losing your data to modern muggers, it is advised to develop a basic insight into the world of computers and firewalls. So, hop in for a ride into the world of the frontline computer safety warrior, the firewall.

What is a Firewall?

In layman’s terms, a firewall could be explained as a watchdog that keeps an eye on your data, both incoming and outgoing data, so that no suspicious data mugger could creep into the device and rob your belongings.

For a better and comprehensive explanation of the term, one could say that a firewall is a computer hardware or software acting as a network security device fit in your computer system to monitor the incoming and outgoing network traffic of the system, allowing or blocking data packets based on a set of rules and norms curated for safeguarding the owner’s data and internal network. You may imagine a firewall as a knight standing on the front line of your system, shielding you against the external network traffic that could be an enemy to your computer system and crash it once and for all. A firewall keeps check on the entry points of your system and allows traffic only from sources that are recognized and authenticated. It acts as a barrier between your system’s internal network and incoming network traffic from external network sources, such as the Internet, to block malicious viruses from entering your system.

As you know, a firewall is a guard that shields your system against unwanted data traffic that could prove to be harmful to your system. Therefore, using a firewall offers you an extensive range of benefits and security as listed below.

The foremost and important benefit of having a firewall in your system is that it stands at the entry and exit points of your system to monitor all the data that crawl in or out of the system and watches for any potential threat that could lead to the loss of personal data.

A firewall, being a watchman of your computer system, keeps an eye on all the external networking sources that could be a potential threat to your internal network and warns you against any maleficent data source or any individual hacker trying to trespass your firewall security when you are on an open network.

When your internal system is safeguarded against all the external threats that are potentially evil for it, you are on a kind edge with better privacy of your data.

Firewalls come with a policy of advancing control access to the owner to better implement the security plans. The user can use the policy to make changes to the firewall controls as per his/her discretion to avoid any recognized threat from entering into the internal data source of the system.

Various malware acts as imminent threats to the system. Prominently, Trojans are one of the biggest threats on this list. These Trojans enter your system silently to create their disguised space as a useful file in your operating system. After that, they start spying over all your work and send all the information gathered to an external server operating the malware. These Trojans are efficient enough to trick you away from the reality of your data thievery and transfer all your data with a deathful silence without you knowing anything about their existence in your system. Here, firewalls are your savior for the day. They protect you against this devious malware that could steal all your invaluable information without you having any knowledge of it.

Nothing can harm your computer system faster than a virus. You cannot imagine the extent of damage a virus can cause to your system and data. Once it attacks your system, all your system may crash within a blink of an eye. Here, a firewall rescues you from the detrimental effect of these viruses by creating a hindrance at the entrance point of your system and warning you against virus attacks.

As systems become more complex and robust with time, the entry points for malware programs to infiltrate your computer software have increased. Criminals use different spyware programs to gain access to your internal operating system and steal your data beneath your nose. Firewalls, here, serve as an important blockade against the evil spyware programs.

Modern firewalls that have been updated with time and increasing risks of data intrusion offer consistent network speed without compromising security issues.

Which Firewall to Use?

There are numerous firewalls available in the market. You may own any one of the below-listed firewall securities as per your requirement.

This is the most basic type of firewall that performs a simple check of all data packets arriving from any external network source and inspects certain specifics like source and destination IP address, port number, protocol, and other surface-level data.

Unlike basic firewalls, a proxy firewall acts as an intermediary between two end systems. It filters network traffic at the application level. The client needs to send a request to the firewall, where it is then evaluated against a set of security rules and then permitted or blocked. It uses both stateful and deep packet inspection to detect malicious traffic.

Web Application Firewalls (WAF) are responsible for filtering, monitoring, and blocking data packets as they move in and out of websites or web applications. A WAF either resides on a network, at the host, or in the cloud. They are available as server plugins, network appliances, or cloud services.

A Next-generation Firewall (NGFW), as the name suggests, is a firewall designed to fight against the intensifying threat of malware and spyware programs. They are based on the traditional firewalls with enhanced features like intrusion prevention, VPN, anti-malware, and even encrypted traffic inspection. It can make deep packet inspections; that is, it can unpack the packet’s data to prevent any packets with malicious data from moving forward.

The gist of the article comes up as a firewall is an anti-malware shield around your computer system and its internal network that keeps away all the unwanted programs and data sources from creating contact with your system and manipulating it in any way.

The widening and the intensifying threat of data intrusions are leveling up with time. Therefore, to avoid losing out on your data and data privacy, it is important to shield it up against viruses and malware programs using firewall security. With time, firewalls have been updated for use as per improvised threats from hackers and data muggers. The modern firewall security programs have developed parallel to the development of technology and the Internet with time. NGFWs are considered to be one of the best firewall types to suit the present data privacy threats.

Although the intensifying threat of malware and Trojans need a tightly packed security wall to avoid these nasty programs from entering into your operating system. Thus, when choosing a firewall, you better ask yourself questions like ‘What type of data do you need to protect?’ or ‘How many layers of protection could protect your data from external intrusions?’ instead of asking a lenient question ‘Which firewall to choose?’.

Though when an intellectual mind covers one loophole in a firewall program, the hackers and data robbers find another one to gain access to your computer network. Thus, your intellect and sense have to work ultimately despite all firewall security and precautions. However, this does not mean that firewalls fail to protect your systems at all points. Firewalls, despite their slight loopholes, remain the strongest shield to encapsulate your system within their safety net and protect your data and internal networks from hackers and data stealers lurking in the virtual space.