Home Uncategorized What Is Unix 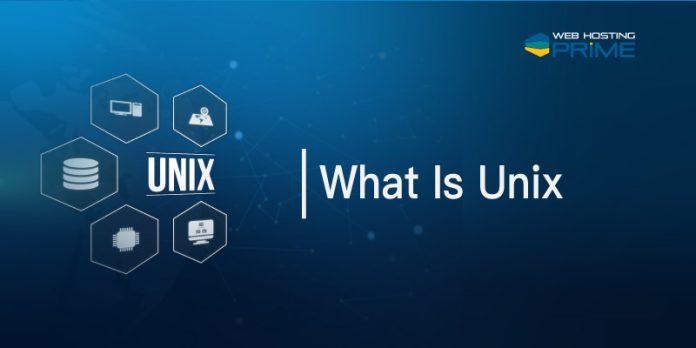 We all are familiar with the working of Windows operating systems, but when it comes to using Linux, a lot of people just don’t want to get their hands on it. Even in the modern world, Linux is not considered to be user-friendly after all the changes it has gone through. It might come as a surprise to you, but Linux was also a facelift of another operating system that became quite popular in the early days of the internet. Some of you may have guessed it right, and it is the Unix we are talking about.

Unix was one of the early operating systems which was first developed in 1960, and since then, it has been in constant development to get the latest updates. Today in this article, we are diving deep to find out the best uses of Unix and how Unix played an important role in the overall development of operating systems throughout history. So let’s get this started, shall we?

Unix was built to create a link between the user and the machine. At the very beginning, there was MULTICS. The full form of MULTICS is Multiplexed Operating and Computing System. The project with the same name began to take the shape of an operating system in the 1960s with the joint effort of General Electric, Massachusetts Institute for Technology, along with the help of Bell Laboratories. But then, due to some reason, Bell laboratories pulled their team out from the project.

One of the notable individuals who were from Bell Laboratories was Ken Thompson, and he was really intrigued and saw massive potential in MULTICS. But felt the project was too complex to work on in the first place, and the team needed to make it more simple. He kept working with the other team members, and in 1969 he wrote the first version of Unix, which was called UNICS.

After that, Ken Thompson joined hands with Dennis Ritchie, who became the first person to write the Unix code for the C compiler. Then in 1973, the whole Unix kernel was re-written in C for better compatibility. In the same year, Unix released the fifth edition, and it was the first licensed software that was given to universities to use.

Then came the seventh edition of Unix in 1978, and it served as two divergent lines in Unix development. These two branches were SVR4 and BSD. In addition to this, Ken Thompson spent one year in Berkeley with the University of California. There he partnered up with two of the graduate students Bill Joy and Chuck Haley, to give Berkely its own version of Unix, which was again distributed to the students on the campus. All these custom additions lead to massive development in the source code of Unix. The Berkely version became Berkeley Software Distribution. Furthermore, from BSD, we had C shell, virtual memory, Sendmail, and the support of TCP/IP in Unix.

What Is The Connection Between Unix & C?

Newcomers of Unix always make a common mistake of thinking Unix & C to be completely two different things and not related to each other in any way possible. But back in the 1980s, the Unix engineers from Bell Labs started using the C programming language to come up with a more refined version of Unix. This refined Unix operating system got its frame and power to operate from the usage of the C programming language in its development. At that time, C used to be the high-level programming language, but since then, a lot has changed in the world of programming.

Both the Unix and Multics followed the onion architecture for their internal structure. When we look closely, both of these have quite similar onion rings, especially in the parts of kernel and shell rings. This gives developers the ability to write down their own program on the top of the operating system’s shell ring.

Before C programming, we used to have B programming, but it had so many limitations that it became absolute in just a few years when C came into existence. That’s why C was considered to be the building block for Unix. On the other hand, even in some of the non-Unix operating systems, you can find traces of similar Unix systems’ designs present in the core.

Unix does come with a graphical user interface which makes working on it much easier, just like Windows. In addition to this, with a great user interface, the navigation becomes amazing, and people can quickly get used to it. But what happens under the hood is a bit different. In order to see how Unix works and becomes the bridge between the operating system and the machine, we need to look at the architecture it uses to perform its operations.

Let’s start with the basics first, and then we move on to the more complex parts. First, Unix has four layers, and these four layers are Hardware, Kernel, System Call Interface (Shell), and application. The Kernel is responsible for managing the hardware which is present inside the system along with the other necessary libraries. If we look at the Kernel, we can find that the libraries kernel holds have a general function, and they are built on the top of system calls.

Kernel acts as a central core of the operating system, which directly interacts with the hardware installed in the system. All the hardware equipment is controlled by the Kernel. Also, Kernel is responsible for scheduling the processes and controlling the various user-defined tasks. As we said earlier, the Kernel consists of necessary libraries and other sub-components such as the boot code, drivers for the hardware, header files, and much more.

Shell, over time, has become quite efficient, but all thanks to its first implementation in Unix, where it worked as the interface between the user and the Kernel. With the help of Shell commands, the user gets to interact with the Kernel. Also, Shell is responsible for giving users the power to program the code and run it in the system using the Shell script. A user can make a code to perform a specific task using a shell script.

Shell commands are the most common commands used in Unix operating systems. With the use of Shell commands, users get advanced interface utilities which form the core toolkit of Unix commands that also supports administrative tools along with user utilities for environment management tools. The Shell also comes with a regular set of commands which helps in document formatting and typesetting. Moreover, using the commands, you can start inter-system communication as well as inter-user communication.

The last is the application, all the software programs that you have installed in the system are called applications. These will help you perform specific tasks such as browsing the internet, using the system for networking, and more.

Unix has a number of benefits, but we cannot discuss all of them because it will make the article long enough that you sleep while reading it. So given below are five main benefits that you get to enjoy when you are using Unix as your operating system.

One of the first things Unix did was make multitasking happen on computers. Before, Unix systems couldn’t multitask. In addition to this, multitasking takes place using the protected memory. You can have as many users as you want, and each of them will be able to run their separate set of programs without any problem. Moreover, these programs will not interfere with each other and won’t cause any crashing of the system.

Use Of Virtual Memory

Unix is present in a number of devices, it can be running behind your Android systems, and even most of the tabs are using Unix in one way or the other. In addition to this, Unix is the operating system that can fit easily in your USB drive and can be independently run from it by plugging it in the CPU.

Having the proprietary version of Unix installed in your system could be costly as it is not a free operating system. But once you install it, all the other programs or software which you will be installing are going to be open-sourced. As a result, they can be used absolutely free of cost.

Efficient In Its Working

Likewise, Unix doesn’t require a massive hardware build. As we said, it can run straight from a USB drive. Thus, it saves up a lot of money as you don’t have to upgrade frequently, which is the case with other applications. Unix requires fewer resources to run, and it can easily run fewer resources when we look at the requirements of other resources.

Applications Where Unix Is being Used

Unix can be found anywhere, from mobile phones to tabs to even laptops. Every system can run Unix with ease. Unix has a similar graphical user interface to support easy navigation and the environment. There are multiple versions of Unix available in mainstream operating systems like Linux and macOS X. Given below are the top 5 use cases of Unix.

Unix has become quite popular in recent years to the present time; streaming web services are starting to change the way we used to watch videos and movies. Companies like Netflix, Prime, Hulu are using Unix operating system for their applications that run on multiple smart TVs, tabs, and mobile devices. Moreover, the command tools of Unix are much more superior in comparison to that of Windows in terms of flexibility, speed, and versatility.

Unix over the years has been useful in simplifying the file model compared to the number of operating systems from its era. It did this by treating all the different types of files as nothing but a sort of simple byte arrays.

Unix also helped in making the networking protocols more advanced and made sure that the inexpensive computers would be able to run them even when they didn’t have top-of-the-line hardware. This resulted in the internet boom as many systems were able to run the internet without having to make bigger changes in their system.

The Unix variants such as Solaris come with compatibility with contemporary cloud infrastructure like Oracle cloud. This gives Unix a major advantage in powering the cloud applications in a much more efficient and secure manner.

Unix had an amazing part of being the best operating system in handling data centers. At the present time, Solaris has the underpin character of datacenter infrastructure along with many applications thanks to its robust ZFS filesystem. Moreover, if you look closely, it is still being used in various applications which require distributed scientific computing, virtual server deployments, and web servers. On the other hand, with the use of FreeBSD, you can manage high-end servers and other tasks that other systems won’t be able to handle with ease.

This is no coincidence that the suffixes in the name of Linux and Unix are quite similar. In 1991 Linux Torvalds created Linux as a free application and released it under a general public license. In this operating system, Unix worked in shaping the operating system and making it work with the hardware of the machine. Right now, there are a number of Linux flavors that are using different flavors of Unix to run at a much better efficiency.

So this is what Unix is all about. It is more than just another operating system, and it is indispensable. It has simple command-line applications which can help you in connecting with the server. What the GUI was not able to perform was done by the Unix system using the Shell commands.

You can find Unix in all sorts of applications, from Android smartphones to even gaming consoles like Playstation. If you are a computer science graduate, you must at least once try using Unix and experience the Unix environment firsthand on your own.