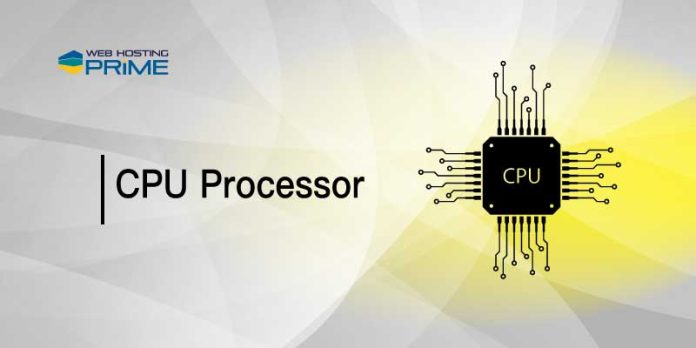 In a world full of gadgets, we don’t consider the smaller things which make these gadgets work like we want them to. One of the key components of any gadget, smartphone, computer, laptop, and even gaming console is the CPU. In high school, we learned this one quote “CPU is the heart of a computer”. Well, this quote is quite true, and today we are going to find out how a CPU processor became such an important part of any smart device. In addition, we are also going to explore how CPUs can perform all the processing tasks and the various types of CPUs available in the market.

How Were CPUs Invented?

In 1971, the first-ever CPU was created to perform certain tasks in a computer. According to Moore’s Law, the number of transistors and chips doubles every two years. Computers have now become a household gadget. Even in our pockets, we have a small form factor computer that is completely wireless and runs on a battery. The smartphones that we have today are more powerful than the computers which we used to have in the 2010s.

The first-ever computer was built in the state university of Pennsylvania in 1946. It came with an ENIAC (Electronic Numerical Integrator and Computer) processor. It had the reprogramming feature, which has become a common norm in almost every gadget in the market. The creators of this reprogramming were Alan Turing and John von Neumann. In addition to this, the architecture Von Neumann proposed for computers is the one we are still using to this day.

From the first microprocessor named Intel 4004 by Intel to the latest ones, we have come a long way. Companies like Intel and AMD are putting lots of money into research to keep their processors small while adding more core counts and processing power to them.

How Does a CPU Work?

So let’s talk about the functioning of a CPU and how it can process all that information in no time. We have this common notion of comparing the CPU with a human brain as it is the central control of the computer. The CPU can perform several operations as it executes programs and instructions given by the user. One of the important things which you need to keep in mind is that the speed of the CPU plays a vital role in how fast the CPU can complete a given task.

Apart from that, the CPU uses a program counter which allows it to keep track of the number of instructions it needs to fetch next. The counter keeps the address of the next instruction, which needs to be fetched for the CPU to execute. It is like a register that stores information located in the CPU itself.

The instructions which are used by the CPU have a set of basic arithmetic operations such as addition, subtraction, multiplication, and then division. The memory operation present in the CPU is used to transfer the data from one location to the other. On the other hand, the logical operations will do the testing of a given condition and then make the decision based on its result. After that, the control operations are used to affect the components of the computer. When these basic operations are computed in quick succession, a computer can perform a wide range of functions. The number of operations a CPU can perform side by side depends on the architecture it is using.

There are six main components of CPU which give it the power of processing, and each of them is defined below:

The control unit fetches, decodes, and then executes the instructions which are sent by the user. It also sends the control signals to the hardware and makes the data move around in the system.

This component is used to perform decisions or logical operations. ALU is a part of the CPU where calculations take place, and the system decides whether to install the software or not. In addition to this, it is also a gateway for primary and secondary storage. All the data which is passed between goes from the ALU first.

A cache is a small amount of memory present in the Random Access Memory (RAM), and it is built directly inside the processor chip. The main usage of cache is to hold the data temporarily along with the instructions which the processor is going to reuse. As a result, it makes it possible for the processor for faster processing, and the user does not have to wait for the data and instructions to be fetched from the main RAM installed in the system.

A bus is termed as a high-speed internal connection that is used to send control signals along with the data between different processors. There are a total of three types of buses present in CPU, and these are:

The CPU comes with a clock that takes care of the coordination of the CPU with all the hardware installed and connected to the computer. The regular electrical pulses that synchronize all the components are sent out by the clock. The frequency at which the clock is sending these pulses to other components is known as clock speed, and it is measured in hertz.

With more frequency, the more number of instructions you can perform at any given moment when working on the system. As a result, if you are building a system for multitasking, it is required to have a higher clock speed CPU to become the heart of your computer.

There are a total of four different types of CPU based on their core counts, and in the below section, we have defined each of them after these four types come to Hexa, Octa, and Deca, which have more cores but have the same working architecture as quad-core.

These are the oldest and probably the first commercial CPUs that were ever sold in a pre-built system. A single core can only work on a single operation at a time, so there is no way one can multitask on these. On the other hand, if a user does start two different processes at the same time, then there is a considerable amount of performance loss. Also, the second operation will have to wait till the first operation is finished by the processor. The performance of these processors is hugely based on the clock speeds, and it is also used for measuring the performance of the CPU.

This is a single CPU that comes with two cores in its chip. As a result, it works as two independent CPUs. The clock speeds of these CPUs were almost double of the single-core, making it more comfortable with multitasking and allowing better performance than a single-core CPU. Also, the dual-core CPU needs to switch back and forth from different data streams in case more operations have to be done.

Likewise, to use the potential of the dual-core systems, one needs to have SMT, which is nothing but a special code written in the language which is interpreted by the operating system.

The term quad means four cores present in a single chip, and these are designed for the sole purpose of helping users to perform multiple tasks at a given time. This type of processor gives you higher clock speeds and core count. Keep in mind, with four cores, the speed of tasks will not increase by four times. More cores will only help in increasing the multitasking abilities of the CPU. Thus, if you are in video editing, gaming, and other high CPU-intensive workloads, then having more than dual-core becomes necessary.

Things to Look for in CPU

There are many CPUs available in the market from Intel and AMD companies. But, to find out which one is best for you, one needs to look at the features and their specifications. The thing is, not all processors are created equal, and therefore it becomes necessary to understand which of the features meet your requirements and should be in your CPU. Below we have provided a comprehensive list of features you need to look for when buying a CPU.

More cores mean more power to multitask. In the last decade, all CPUs used to have a single core. Now, having a single core CPU is an exception, and multi-cores have become a common norm. The applications are designed in such a way that they can take advantage of more cores in the CPU. You need to understand that a CPU can perform only better with multiple cores if the applications come with its support.

For example, if an application can only take up to four cores at a time, then having eight-core CPUs is not worth spending the money for better performance. As the remaining four cores will be idle, and in no way are they going to increase the performance of the system.

A Cache is just like a memory of a computer, but it is inbuilt in the CPU chip. It is temporary fast storage that stores the files that are needed by the processor often. The bigger the cache, the more will be the number of files a CPU will be able to store and retrieve.

A lot of newcomers in the field of building a new system make the mistake of buying a CPU of some brand and then installing it in a completely different socket brand that doesn’t support it. However, there are only two companies that are manufacturing CPUs. Still, it is advisable to look at the compatibility of the motherboard before making the purchase.

Now processors are coming with integrated graphical units. As a result, you don’t need to install any additional graphic cards in your system. If you are not running graphic-intensive applications, like video editors, games, graphic designing tools, etc. then having an integrated GPU could save you a lot of money and still give you enough performance to have casual gaming sessions. Most of the high-end business laptops are now coming with integrated GPUs to give extra horsepower to professional systems which were not meant to do intense graphical tasks.

When the processor is performing operations, it generates heat. The thermal design of the chip will help you understand how much heat a processor will be emitting during the full load. As a result, a user can decide which type of cooling device he will need to keep the temperature in control. The overheating of the system is a common reason for damage to the computer’s componentry.

To choose a CPU, you first need to ask yourself, what are you going to do with the CPU and then ask how much money you are willing to invest in the most crucial part of your build. While it is essential to have the best of the best processor, to pair it with a weak graphic card will do no good to you. The best way to build a system is to find a balance between the processing power needed and the amount of money you are willing to spend.