Home Networking What is TCP? Transmission Control Protocol – How it Works? 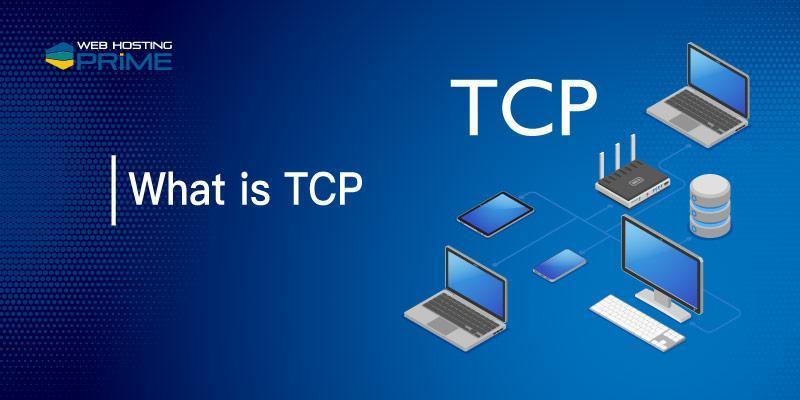 The TCP (Transmission Control Protocol) is the primary protocol of the IPS (Internet Protocol Suite). It enables application programs and various computing devices to send and receive messages across a single network. It is responsible for sending packets and ensuring that the data is successfully delivered. Through this article, we will be shedding light on TCP along with everything important associated with it. So, without further ado, let’s get started.

TCP is amongst the basic standards that define the internet rules. Also, it is included in the standards that are defined by the IETF (Internet Engineering Task Force). Considered to be amongst the most popular protocols, TCP allows devices to communicate with each other in a network efficiently and ensure better data delivery.

It organizes information and data transmission between servers and clients. TCP can guarantee the data’s integrity that is being communicated across various network channels. Before the data is being transmitted, it establishes a new and secured connection between the source and the destination. This ensures that the connection stays live when the data is being transmitted. Then, TCP breaks the data into smaller segments or packets to ensure that the data transfer process becomes more efficient.

TCP can also transmit information from heavily guarded protocols. Therefore, when a company needs all the data to get transferred at once, they use TCP. These also include peer-to-peer protocols like the FTP (File Transfer Protocol), SSH (Secure Shell), and many more. You can also use it to send emails and receive responses through IMAP (Internet Message Access Protocol), POP (Post Office Protocol), and SMTP (Simple Mail Transfer Protocol).

The other version of TCP is known as UDP (User Datagram Protocol). You can use UDP to create low-latency communications amongst the applications and fasten the process of data transmission. TCP is often termed to be expensive as it has missing and corrupt packages. Also, it can deliver huge amounts of data by placing the proper controls such as acknowledgments, flow control, and many other security checks.

However, UDP does not support error corrections, packet sequencing, or send signals of data delivery to the destination. Therefore, many companies don’t consider it to be reliable. Hence, the pricing is kept low for the same. However, you can use it when you are facing time constraints. For example, you can use it for DNS (Domain Name System), Look Up, VoIP (Voice over Internet Protocol), and other streaming media.

What Do You Understand by IP?

The IP or Internet Protocol is a procedure for sending data or information from a source to a destination. Every computing device will have its IP address that is used to identify the device uniquely. It communicates with the source files and exchanges data with other devices having an active internet connection.

The responsibility of IP is to define how applications, devices, and other computing systems can exchange data packets with each other. The principal communications protocol responsibly manages the formats and rules to exchange any data and message amongst the computers within a network. The entire process is carried out through the TCP/IP (Internet Protocol Suite/Internet Protocol), which is a set of communication protocols responsible for splitting the data into four different abstraction layers.

When TCP/IP is taken into consideration, IP plays a significant role in it. The primary purpose of IP is to send and receive data packets amongst a source application and the destination. It uses methods and unique structures that are known as place tags. These place tags include address information in the data packets.

Difference Between TCP and IP?

Both TCP and IP are internet protocols that are different from each other. However, they work together to ensure that the data is rightly delivered to the destination in a single-frame network. The IP receives and defines the destination’s addresses, otherwise known as IP addresses. Then, TCP takes care of the data transportation by ensuring it is successfully delivered from the source to the destination defined by the IP protocol.

In simple words, an IP address can be considered similar to the phone number of your smartphone that allows other people to connect with you. On the other hand, TCP is a high-end technology utilized to ensure that your smartphone rings and you can talk to the people on the other end. These two protocols are often used to transfer data to the destination. Also, they strictly protect the data during the process of transmission. This is why you get to hear a lot of TCP/IP if you are into computing devices.

How Did TCP Come into Existence?

Vint Cerf and Bob Kahn started understanding the concepts of internetworking and sharing resources through packet switching using network nodes. They were working closely with Gerard Le Lann to include the concepts of the CYCLADES project in their new network. Then, RFC 675 came into existence. Back in 1974, the code was executed by Vint, Yogen Dalal, and Sunshine, and they published it in December. This has the first introduction of the internet, which was derived from internetworking.

The Transmission Control Program is the main control component incorporated in both the connection-based link and datagram services amongst the hosts. The MTCP (Monolithic Transmission Control Program) was then divided into modular architecture with TCP and IP together. This is how TCP and IP came into existence. It is often referred to as the DOD model (Department of Defense), ARPANET Model, and IPS (Internet Protocol Suite).

How Does TCP and IP Function Together?

TCP and IP enable data transmission by sending data from a source to the destination. It tends to break data and messages into smaller versions or packets to resent the message again. Also, it reduces problems that might happen during the transmission process. These packets are then reassembled upon reaching the destination. Each packet takes different routes to reach the destination as the original route might get congested and become unavailable when the data is being split.

TCP and IP divide the communication process into different layers and standardize the entire process. It doesn’t need any hardware or software service providers to intervene for management or data collection. The packets of data pass through four different layers before reaching their final destination. Then, TCP and IP pass through other layers in a reverse direction to put messages and data together and get back to their original format.

TCP then creates and manages connections amongst the applications and devices while the data is being exchanged through connection-based protocols. It defines the path to break the data into smaller segments when you upload the original data. It analyses the numbers and information to reassemble the packets back together. It then sends to the destination through the network channels like routers, switches, etc. It can also send and receive packets from the layers of the network. Also, TCP can handle any dropped packets during the process of transmission. Apart from this, TCP can control transmission flow, manage it, and ensure that the data is safe when reaching its destination.

A perfect example to explain this entire process is the practice of sending emails through email servers using SMTP. TCP layering helps in dividing the data into smaller packets, organizes the packets, and then sends them to the defined IP address. Each packet is distributed and transported to the specified destination email server. When the packets are received at the other end, TCP again takes the responsibility to reassemble the data and turn it back into the original message format. After reassembling the data, it then sends the message back to the email server, which delivers the message to the user’s email inbox.

This model defines the process of transmitting data and information between devices. The model also shows how the data is synchronized over networks. The whole transmission process is carried out in four different layers. These layers define the standards to exchange data between devices and servers efficiently.

Following is a brief introduction to each layer of the TCP/IP model:

This defines the process through which the data is being sent. It handles the act of transmitting and receiving data. The data link layer takes the responsibility to transmit data amongst the devices and applications. This also includes how information receives the signal by hardware and devices within the network like the device drivers, Ethernet connection, NIC (Network Interface Card), and Wi-Fi connections. You can also call it a link layer, network interface layer, and physical layer. In general, it is considered to be the combination of the physical and data link layers of the OSI model (Open Systems Interconnection).

The internet layer is responsible for sending packets and controls their movement within the network. The layer also makes sure that the data packets reach the right destination. Also, it controls the functions and methods to transfer data in sequences amongst the applications or devices through a network.

This layer is responsible for providing a reliable data connection to connect the source device and destination device through a secured channel. At this level, the data is segregated into different packets that are numbered. Following this, a series of sequences in the network is established. It also identifies the data that needs to be sent, the destination of the data, and the speed of the data transfer. Also, the transport layer makes sure that the packets of data that are being sent don’t have any errors in the sequence.

It refers to the series of programs that help communicate TCP and IP with one another. It is through this layer that makes it possible for users to communicate with apps like emails and other messaging platforms.

TCP is a protocol that ensures that data is delivered safely from one device, application, or server to another. It has a suite of protocols to support internet construction when it was being launched into the market. It has many protocols that include ARP (Address Resolution Protocol), ICMP (Internet Control Message Protocol), RARP (Reverse Address Resolution Protocol), and UDP (User Datagram Protocol). Besides this, it is widely used across the world to send and receive data packets.