Home IP What is IPV6? 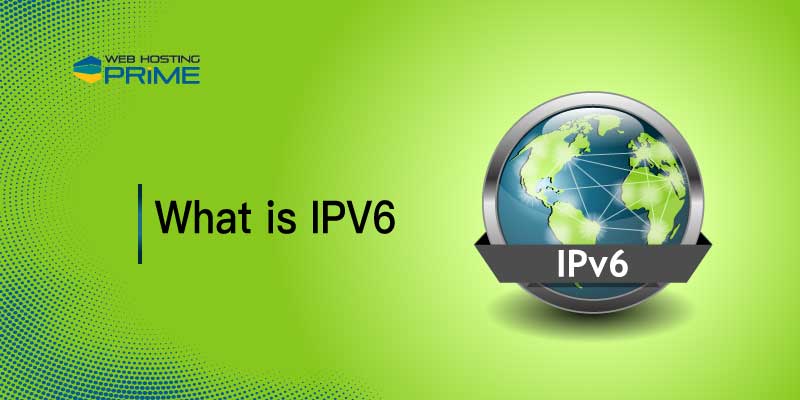 IPv6 is a phrase you may have heard recently. IPv6 is a set of Internet Engineering Task Force (IETF) specifications that replaced IP version 4 (IPv4), a type of IP address used in IPv4-based routing. It has developed into a new normal in the last few years.

In a lot of ways, IPv6 works in the same way as IPv4: devices may use IPv6 addresses for their source and destination addresses, and network-testing tools work almost the same way, with a few minor changes.

IPv6 was primarily created to solve the problem of IPv4 addressing exhaustion. IETF also simplified the protocol overall with this goal in mind.

What exactly is IPv6, and why is it so beneficial?

IPv6 is the most recent version of Internet Protocol used to recognize and find devices on a network. From internet communication to function, each device that connects to the internet is assigned its unique IP address. It is similar to knowing the street addresses and zip codes required to send a letter.

The previous version, IPv4, supported 4.3 billion devices using a 32-bit addressing system, which was considered sufficient. With the advent of the digital era and the development of the internet, personal computers, smartphones, and Internet of Things devices, it has been proved that the world is in desperate need of more addresses.

Fortunately, this was acknowledged by the IETF more than two decades ago. As a result, it was created in 1998, IPv6, which uses 128-bit addressing to accommodate 340 trillion packets per year. IPv6 further differs from IPv4 as it employs eight groups of four hexadecimal numbers separated by a colon, as opposed to the four sets of one- to three-digit integers used in IPv4.

To understand the necessity for IPv6 and why it is the perfect replacement to IPv4, we must first review IPv4.

IPV4 was introduced in 1983 by the Advanced Research Projects Agency Networks (ARPANET). Despite its replacement by IPv6, it still remains the most widely used routed protocol.

Here are a few IPv4 facts:

Now let’s take a look at how IPv6 works.

For these devices to transmit data, additional IP addresses are required due to the worldwide expansion of internet-connected gadgets, often referred to as the Internet of Things (IoT). For example, consider smart TVs, washing machines, smartwatches, and other devices that need an IP address.

Before delving into the specifics, there are a few essential characteristics that IPv6 incorporates:

How are Both the Internet Protocol Versions Different?

The most apparent change between IPv6 and IPv4 is that IP addresses are expanded from 32 bits to 128 bits, which is the most significant variation between the two protocols. With this expansion, the scarcity of network addresses is alleviated, which was seen as an imminent problem. Unlike version 4, IPv6 offers auto-configuration, which addresses security and mobility issues.

What are the Advantages of IPv6?

What are the types of IPv6 addresses?

There are three addressing techniques in IPv6 representation:

In August 2019, Google stated that almost 29 percent of people searching on Google were using IPv6.

The FCC estimates that the complete transition from IPv4 to IPv6 will take years. During the transition, Internet service providers, content providers, and application providers will take measures to guarantee that IPv4 addresses are still maintained. However, the FCC cautions that due to more excellent splitting and transferring of IPv4 addresses, online services may be disrupted or degraded during the transition, and privacy may be jeopardized.

Most virtual private network (VPN) providers did not offer IPv6 till August 2019.

Why haven’t we gone fully IPv6?

The transition to IPv6 interrupts business as usual. ISPs and businesses must sustain productivity, and customers do not want disruptions in their internet connection. It will be a tough battle as long as the reform is just prospective but not mandatory.

Being an early adopter makes it more difficult for others to connect with you, and the cost of installing new hardware may be difficult to justify. Therefore, as of now everyone else continues to conduct business the old way.

Furthermore, since IPv4 and IPv6 are incompatible, a mechanism has to be built on top of IPv6 to communicate the two protocols.

Is there any IPv5?

An IPv5 protocol existed, which was also known for short as an IS or ST. It was created to enable connection-oriented communications over IP networks, namely phone, and video.

It performed well on that job and was used experimentally. However, one issue that limited its widespread usage was its 32-bit address system, identical to IPv4’s. Consequently, it suffered from the same limitation as IPv4 — a finite amount of potential IP addresses. This ultimately resulted in the creation and acceptance of IPv6. Thus, even though IPv5 was never widely used, the term IPv5 has been taken.

IPv6 is the new normal for the last few years. It is a group of Internet Engineering Task Force specifications that replaces IPv4. IPv6 was created mainly to address the issues of IPv4. We will eventually all be utilizing IPv6 soon. Therefore, it is vital to grasp how this physical address works and deploy IPv6 in your networks as soon as possible.