Home Difference MySQL vs PostgreSQL: Major Differences You Should Consider 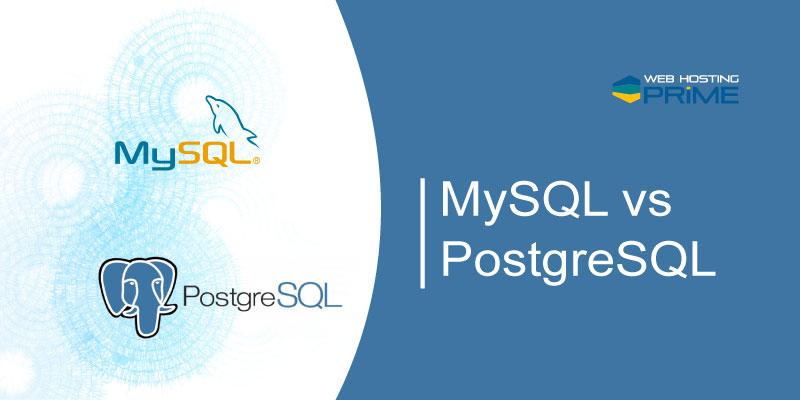 MySQL and PostgreSQL are both database sources used in data warehouses for data analysis. However, these two are also recognized as the best open-source relational databases that serve as the backends for a variety of open-source and in-house apps. However, there are several features that distinguish PostgreSQL and MySQL from one another. In this post, we will compare and contrast these two RDBMSs.

One of the most important and progressive SQL compliant and open-sourced RDBMS ideals is PostgresSQL. With this, many well-known companies perform complex and advanced data functions because PostgreSQL comes with strong technology. PostgreSQL was produced by the Computer Science Department of the University of California. In it, you will find multi-version concurrency control (MVCC) that enables you to operate the system right away. You can also work on numerous assignments at the same time and complete them in order. Big companies like Yahoo, Apple, Instagram, Facebook, and many other governments and financial industries use PostgreSQL because of its highly programmable nature.

MySQL was developed by Oracle and works as one of the most large-scale database servers. MySQL is an open-sourced server that serves a massive number of software programs and websites online. When it comes to MySQL, it is easy to organize and set up the server, and with a little effort, you can achieve great performance. If you can work with third-party tools such as Adminer, MySQL Workbench, dbForge Studio, HeidiSQL, etc., then you can get started with your database more easily. If you are a beginner at using database management tools, then you can get help from various resources and tutorials. This relational database management system is flexible, feature-rich, and a popular option for managing web apps. It is also a cross-platform tool with prominent safety segments and is user-friendly.

The brief descriptions of both MySQL and PostgreSQL are now complete, so let’s see what makes them different.

MySQL is a relational database, but PostgreSQL is object-relational. In Postgres, you will find more complex data classifications, and it also enables the objects to take over the properties. However, if you apply the latter scenario, then it would be more complicated to work with Postgres. There is one ACID-compliant storage engine in Postgres, but MySQL has over 16 types of data storage engines that are useful for various use cases. The default storage drive is InnoDB, which offers the Organizable Tables option where you can create an index.

Postgres has a new system process that allocates memory to built-in client connections. As a result, PostgreSQL requires a large amount of memory storage to manage a large number of client connections. MySQL, on the other hand, manages only a single thread for each client connection, which is easier to manage but does not provide many scopes for the organization. For a more useful version of complex queries, PostgresSQL includes powerful views and materialized views.

Both MySQL and PostgreSQL are compatible with AFTER and BEFORE commands for statements like INSERT, DELETE, etc. With PostgreSQL, there is also an INSTEAD OF command that will help you implement elaborate SQL statements in the command with the help of processes. Both the database management systems are compatible with the traditional SQL stored functions. However, PostgreSQL also offers an extra feature, which is the ability to write processes in different programming languages, such as Java and C++.

The PostgreSQL database supports a wider range of data types than MySQL, so if you have a software program that produces unstructured data or unique data types, you can use Postgres. Your software can use any of the databases if it has standard data types like characters and numbers.

MySQL and PostgreSQL both use index functions to speed up querying. You can optimize your database’s performance with various indexing options mainly when the amount of data is large. Since data grows over time, your application needs a faster response time from the databases. This enhances the user experience.

MySQL vs PostgreSQL: Support and Documentation

Support and documentation information for MySQL and Postgres are available online. However, please note that MySQL was developed by Oracle, but Postgress was not developed by anyone. Therefore, the support for Postgress is not enough in comparison with MySQL, but there are online forums that can be helpful in some cases. MySQL also offers helpful user communities and a paid support plan that you can purchase directly from the company, Oracle.

When a database management system is compatible with multiple programming languages, it helps various developers with various levels of experience and different backgrounds work on a project efficiently. When the server is compatible with different programming languages, the developer can decide if they want to implement a task on the client or the server. Therefore, developers feel more power to execute a task. Postgress was written in C, but it also supports C++, Java, Javascript, Python,.Net, and many other languages.MySQL was written in C and C++ and it also supports PHP, Java, Node.js, Perl, etc.

Why Should You Use Them?: MySQL vs PostgreSQL

To use any one between MySQL or PostgreSQL, you should learn the reasons for using them in the first place:

Important Features of PostgreSQL and MySQL

Here are the most notable features of MySQL and PostgreSQL at a glance:

There are numerous drawbacks to using MySQL and PostgreSQL. For starters, a server crash can sometimes corrupt the entire system record in MySQL. There is also no support for roles, so maintaining the privileges for each user will be difficult. Furthermore, the procedures that you save will not be cached. In addition, tables used for procedures or triggers in MySQL are always pre-locked. When it comes to PostgreSQL, there is no way to cache execution plans, and bulk load operations will become CPU-dependent. Indexes cannot be used to generate query results in PostgreSQL.

Even though MySQL has been developed over the years, with PostgreSQL you don’t have to require any license. PostgreSQL also delivers table inheritance, custom data types, database events, and more. That’s why many developers prefer PostgreSQL over MySQL.