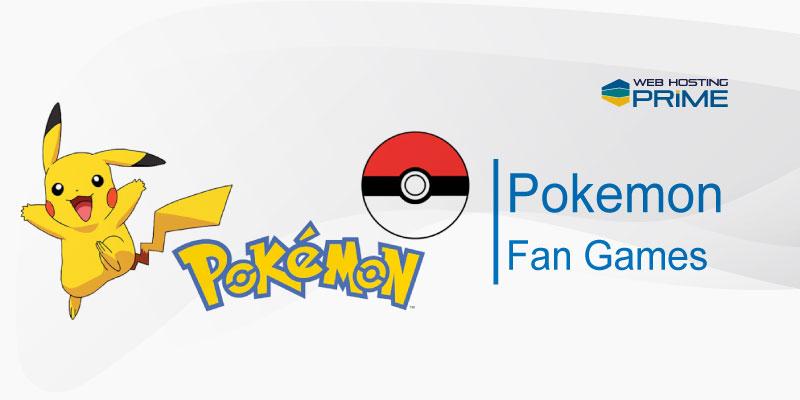 After hearing about a Pokémon game, the first thing that comes to mind is a game fixated on catching, fighting, and raising a gigantic list of 800+ various creatures. The Pokemon fanbase is spread all over the globe and games based on these creatures are loved by millions of players.

Most Pokémon games feel fairly ageless and equipped for engaging a wide segment of players. Fans regularly change existing games to make “ROM-hacks” alongside unique fan games that present new animals, stories, and even interactivity mechanics. In this rundown of Pokemon fan games, we have listed some of the widely-played games that come with lots of new features and characters but keep the soul of original Pokemon games alive.

Created with the assistance of Pokemon essentials, Pokemon Uranium acquired a considerable amount of players right from the time of its development and release. Uranium has introduced around 150 new Pokemons to the world.

A player needs to play the role of a Pokemon trainer who adventures out into the world ten years following an atomic disaster that killed their mom. The most eminent element in the game is the expansion of the Nuclear-type, which is both very compelling and powerful against all types of Pokemons. Other intriguing highlights incorporate a trainer test which decides the player’s compatibility for game modes and other things that permits players to understand and play the game in a better and easier way.

The majority of the Pokemon fan games are based on bleak narratives, but it makes sense because the plot of Pokemon is a little lighthearted. Therefore, giving a different taste by going in another direction and mixing a tint of darkness made things more unique for the players all over the world. This game is based on providing the same and enables players to enter a reborn city that is full of crimes.

The game portrays an area in a catastrophe with just a shell of a formerly energetic world. Presently, the new players or heroes step in to clean the metropolis from all the wrongdoing. En route, players would be able to clash with multiple gym trainers by gathering Pokemon that are highlighted from the first to the seventh generation.

This Pokemon fan game is a ROM hack of Pokemon FireRed and is somewhat more based around a story even though it gets more Pokemon into the game than what FireRed initially advertised. You can discover Pokemons from Pokemon Diamonds and Pearls during the gameplay, however, some of the most robust features of the previous version are absent in Pokemon Dark Rising. At the center, you have a locale to investigate, Pokemon to catch, and gym trainers to fight and win. As referenced, this is a Pokemon game for the most part based around the storyline.

Every player in this game will be following a hero that is told by Arceus that an old evil is preparing to control the Pokemon world and you’re the chosen one. To save the world and rout the antiquated wickedness, players should prepare hard and plan for a troublesome competitor. All things considered, this is a quite complex yet adventurous game to finish. If you enjoyed playing this game, you should also check out various other Dark Rising versions.

This game is based on Minecraft and allows users to play Pokemon in Minecraft. As we know, Minecraft has bought many creations built by various enthusiastic and creative players from all around the globe and Pokemon is no exception. Even though this game is based on the blocks, it has tons of reasons for bringing players back to the game regularly.

You’ll find Pokemons roaming around the gyms, fighting in the gyms, and players trying to catch Pokemon. The first release of this game was taken down by the Pokemon company but all of its newer installments are still available. Therefore, you can play this more easily from the Minecraft PC client as compared to playing it online.

Pokemon Prism is a spin-off of Pokemon Brown, another fan game that was introduced in 2004 for allowing players to enjoy the game with more advanced features developed from ROM hacks. In any case, the fundamental storyline in this game is launched in another area of Naljo. Here players are playing the role of Lance’s (one of the members of the elite four) child. Further, players end up making a trip to the area of Naljo where industrialization was emerging at a rapid pace.

After reaching there, players start an investigation and start collecting twenty badges for eliminating the corruption from that region. All things considered, this may be a game that offers the best experience as compared to others. Similar to other fan games, this game at first was also killed by IP owners, however, its leaked source code helped different fans to contribute in-game updates.

Pokemon Phoenix Rising accomplishes something a bit intriguing and transforms the standards of Pokemon PC games. Here, the storyline revolves around a realm, and battles for power are the main motto of every player landing in the game. Yet, players have to accomplish side missions as well by participating in them. Moreover, the team that has developed this game is likewise revolved around giving players lots of decisions to make.

Since this is not a full game yet, the developers are launching the game in episodes and till now, only two episodes are launched. Some of the highlights that make the game so novel are Skyrim-style trees, a conventional RPG mission framework, and most importantly, a decision-driven plot. The new perfectly planned Mega Evolutions and Relic Forms are simply a sauce.

Pokemon Insurgence is way more interesting for seasoned players. This is a game that doesn’t go easy for newbies, however, the team behind the game is quite mindful to handle even the beginners. That is the reason they made two game modes that are hazier alongside a lighter alternative. Basically, in the lighter version of the game, the story focuses on having no character deaths, however, the principal storyline will be something very similar between the two modes. Here in this game, players start in another area with a personalized character that starts the game with nothing.

At first, players get stuck into the headquarters of The Cult of Darkrai, where they have to fight and escape with the assistance of Mew. During the whole gameplay, you’ll see exciting twists in the game that will allure you to keep playing through the game and see what else springs up. As you can envision, there are a few exciting features in the game that provide a more thrilling experience.

This game is certainly not healthy for a larger audience because it is notoriously rough and politically wrong at some points. However, the developers of this game have recently modified and twitched the game for betterment but its uncouth nature is still the plot of this game. On the off chance that you don’t support such material, that is reasonable.

In any case, that can’t deny the fact that Pokemon Clover is a widely popular and really fun Pokemon fan game that comes with the most thoroughly examined ROM hacks ever. Pokemon across the game’s locations are unique, and the AI used in this game is somewhat near to imitate latest gaming methodologies.

Pokemon Showdown is presumably one of the most seasoned fan games on this list. Dissimilar to other fan projects, Pokemon Showdown doesn’t mess with the experience and investigation components of your common Pokemon game. All things being equal, the emphasis is set on fights.

Players go head to head against one another and can also utilize various Showdown features to alter and fabricate their gameplays. It also comes with a feature of a damage calculator that enables players to get ready for specific situations. However, regardless of whether you’re going into it with a more laidback mentality, Showdown has a lot to bring to the table. Players can pick between different configurations and utilize the teambuilder feature to make the ideal gathering of Pokemon.

While other Pokemon games were focusing on the advancements of Pokemons, Godra takes the uncommon route of focusing on the Pokemon trainers. In this game, players can decide to select from several professions directly from the Pokemon’s world, such as Military General, a Safari Zone Warden, and more.

Pokemon Godra is an RPG game in the Pokemon world and is an extraordinary choice for new gamers who are looking forward to entering into the Pokemon world. The game incorporates plenty of Pokemon from various ages and games. Notwithstanding the authority maps, Godra likewise includes new areas with special storylines and journeys.

Pokemon is one of the most popular and favorite anime of Gen-Z and Millenials. Everything related to them, such as trump cards, school bags, and other goods or collectives gets a lot of traction and online games are no exception. Pokemon fan games allow players to enjoy the experience of being the Pokemon trainer and see all their Pokemon-related fantasies come alive. The 10 best and widely-played Pokemon fan games are mentioned in the blog that you can start playing anytime.