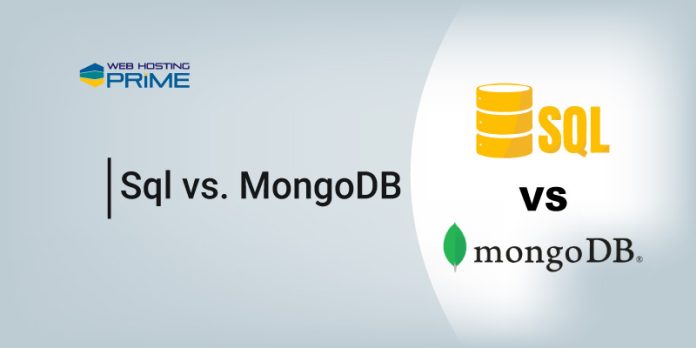 In today’s world, where technology is constantly making great progress with each passing day, new tools are arriving on the market like a flood. Most of these new tools are so efficient that they are quickly replacing their old counterparts. It is true in the cases of SQL databases and MongoDB as well. The rapid increase in the popularity of MongoDB among people has led us to wonder whether it will end up replacing the ever-popular SQL. In this article, we will discuss SQL vs. MongoDB so that you get a good idea about which one is better for your needs.

Before we get into the details of SQL vs. MongoDB, it’s important to understand what they are. The term “SQL” stands for “Structured Query Language.” It is a common language used to access and manipulate databases. SQL executes queries in order to retrieve or manipulate data. SQL databases are databases that use SQL. SQL is capable of selecting, inserting, updating, and removing records from a database by using a simple syntax.

This is nothing other than a clear-cut approach in SQL that is uncomplicated yet effective. Apart from being able to execute these tasks, SQL also empowers its users to construct new DBs, tables, views, and so on. One could also specify permissions for such tables, views, etc. SQL DBs are known for using these operations and providing top-notch performance and helping users effectively manage their databases.

MongoDB is one of the most popular and rapidly developing NoSQL databases. MongoDB stores information in the form of a BSON structure or a document-type model. It is also well-known for providing outstanding performance, availability, and scalability in order to manage databases with ease.

This document-type model is ideal for data storage and retrieval. One of the primary reasons for its increased popularity is the excellent user experience it provides, as well as its data representation, which employs natural clusters in a variety of ways bit by bit. MongoDB is also open-source. As a result, it opens the door to rapid development.

Now, you might wonder what NoSQL is. Well, don’t worry. Let us give you a brief to help you understand better.

As we mentioned before, in SQL databases, the data being managed happens to be structured by utilizing views, tables, and so on. In NoSQL, however, the data remains unstructured and huge. You won’t find any tables, views, or any kind of structure here. Despite this dissimilarity, both databases are similar so long as their purpose is concerned, that is, data management.

SQL vs. MongoDB – The benefits and drawbacks:

Now that you have acquired some basic knowledge about these two popular DBs, it’s time to start discussing their dissimilarities.

As you can see from our SQL vs. MongoDB comparison, both SQL and MongoDB have their advantages and disadvantages. They are not without flaws. As a result, declaring a clear winner of this battle will be inappropriate. They are both one-of-a-kinds in their own way. It is now a fact that whether you should use SQL or MongoDB is entirely dependent on your requirements and preferences.

For example, if you want to create a portal for your organization that only its members can access, using a SQL database for storing and retrieving data would be the best option. This is due to SQL’s ease of use and effectiveness. However, if we are talking about developing an internet-based app, MongoDB would be preferable because it is capable of storing massive amounts of data in a fast and efficient manner by utilizing BSON.

Therefore, you have to understand that no matter how developed or advanced MongoDB becomes, it will never fully replace SQL. Both have their particular features and uses, and you should pick the one that best suits your needs.