HomeSoftwareWhat is Open Source Software? What Do You Need to Know About...
Software

What is Open Source Software? What Do You Need to Know About It? 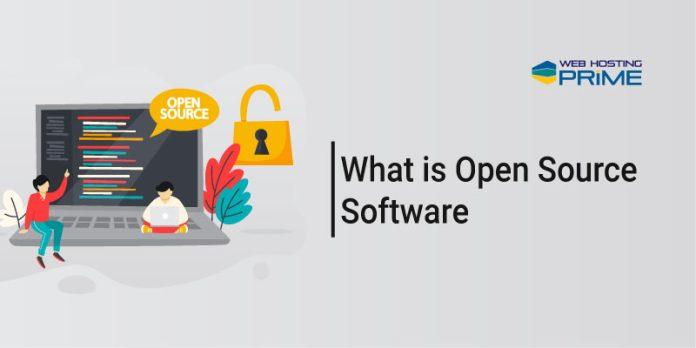 Open-sourcing is the opposite of limiting your company’s technology strictly to the developers. But open-source software requires the developers, users, and other important people of the organisation to come together to build a community for the betterment of the product. That’s a brief introduction to open-source software, but to know about its nature, you will have to dig deeper into this post.

What is Open-Source Software?

What are some examples of open-source software?

We can show you many examples of the open-sourced software that is available on the web. But only some of them are the most popular choices because they have gone through a series of modifications and improvements. However, remember that due to the open-source nature of the software, not only the developers and programmers but also the users and general public can make changes to their codes. Here are some of the examples of open-source software that is popular on the internet.

These examples of software are quite popular, but there are some reasons why some people prefer open-source software more than other types of software.

What are the Benefits of Using Open-Sourced Software?

1. The Sense of Control

Many users like open-source software because they can make changes to it whenever they want. As a user, you can examine the code and if you find anything suspicious or flawed within the code, you can change it or at least a small part of it to improve the quality of the software.

These are some of the reasons why users prefer open-source software more often than proprietary software. Kindly note that open source software is not simply beneficial for programmers but non-programmers as well.

Who benefits from open-source software?

Open-source software is for both non-programmers and programmers. The early systems, such as the Linux operating system and web server applications, were built from open source technology. Open-source technology allows a computer to connect devices with the global network to transmit data to the local devices that the users use.

Every time you use your computer to visit a website, text messages to your colleagues and friends, stream Netflix or any online media service, check email, or play multiplayer video games from your computer, smartphone, or gaming console, it requires your computer to connect with the web using open source technology. The devices that allow the open-source technology to transmit the data to the local computers are stored in places that the users can’t access physically.

Remote computing also means cloud computing because it stores the work such as files, photos, and videos on a global network that is not related to your local device, and the remote computers are not located in places near your residence. Cloud computing is a common topic these days because everything we do on our computers is indirectly or directly linked to the internet, such as Google apps, which are, however, proprietary software.

Now that you know what open-source software is and who can use it, it’s time to find out how the software works.

Open Source Software: How does it Work?

Open-source codes are generally held in public repositories and can be distributed publicly. Anyone on the internet has the right to access this repository, and they can use the code for the betterment of the design and functions of the software. Open source means free. The users don’t have to pay anything to modify the code for the improvement of the project. Most of the time, open source software comes with a licence that has terms and conditions defined for the developers to know how to use, modify, and distribute the open-source software. The five most popular open-source software licences are:

What are the dissimilarities between Open Source and Closed Source Software?

There are numerous characteristics that you can use to compare open source with closed source software. And here we have given some of the most impactful aspects that you can consider.

Price: Open source software is available for a small charge or no charge at all, but closed source software has a wide range of price tags depending on the services and functions it provides.

Customizability: Depending on the open-source licence the software has, you can customise the project as much as you like. However, customising or modifying the project source code correspondingly demands a specific level of knowledge. When it comes to making changes to the closed-source software, you’ll have to suggest the changes to the company or the vendor of the software. As a user, you can suggest changes such as features, improvements, and bug fixes.

Security: Since open source software is available to everyone all the time and the community is always keeping an eye on it, there is a belief that its source code is harder to bug. But bugs and glitches in open-source software can still exist. There can be security issues in closed-sourced software, but the company creating the software always conducts several periods of tests to make sure that the project they have worked on is secure enough for the users.

What are the liabilities of Open-Source Software Programs?

Despite the fact that open-source software is maintained by a group of programmers and users, it is not always bug-free. However, contributors are constantly striving to improve the software. As a result, any bugs or glitches related to the software can be easily fixed. With that being said, keep in mind that open source software is used in multiple code management levels and they are more secure than closed-source software programs.