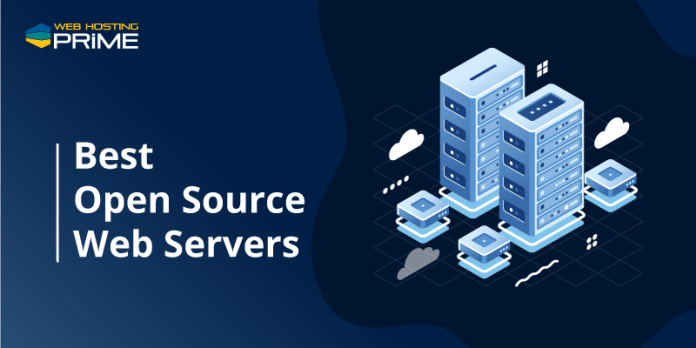 According to w3techs, 80% of websites and web applications are powered by open-source web servers.

Open-source web servers have been on the rise for so many years now. With the New Year 2022 upon us, it is the perfect time to talk about the 10 best web servers to look out for this year.

Apache is undoubtedly the most worthy open-source web server, handling high loads of data while staying performant. However, a lot has changed with the emergence of new web server solutions. Many of them are particularly designed to meet the innovative needs of today’s tech world.

Let’s dive deeper into the 10 best open source web servers that will probably leave a mark on 2022:

NGINX is an open-source, high-performance web server that provides efficiency as a load balancer, IMAP/POP3 proxy server, and reverse proxy. Introduced by Igor Sysoev in 2004, Nginx has grown to become one of the most reliable web servers available today.

Some of the most popular websites running on NGINX include Facebook, Twitter, LinkedIn, and Adobe, and this is one of the reasons why it is an ideal web server for hosting high-traffic websites and beats Apache too.

Apache came into existence in 1995. It is an open-source web server built by the Apache Software Foundation that requires no introduction as it has been among the popular options for a free web server for several years. It is distributed under the Apache License version 2.

Apache HTTP Server Project has outgrown many other web servers and continues to do so by powering over 36% of all the websites. Written in C language, it is a highly customizable web server with plenty of modules extending its functionality.

In fact, Apache also offers virtual hosting support that enables you to host more than one domain or website. For example, example.com, example.info, or example.edu.

It is a free, open-source web server particularly designed for speed-critical apps. The Lighttpd web server is very resource-efficient with CPU usage as it has a footprint of less than 1 MB.

LIGHTTPD supports CGI, FastCGI, and SCGI for interfacing programs with the webserver. It also supports web applications written in various programming languages with a particular focus given to PHP, Perl, Python, and Ruby.

Written in Go, Caddy is a powerful multi-platform web server that acts as a reverse proxy, load balancer, and API gateway. It supports HTTPS and takes care of SSL/TLS certificate renewals.

The lack of dependencies increases its portability among several distributions without any clash in the libraries. It’s a perfect server for running web apps.

Apache Tomcat is an open-source implementation of the Java Servlet engine, Java Expression Languages, and Java Server web pages. It is a great option for developers who are deploying Java-based applications.

Apache Tomcat is not an ordinary web server like Apache or Nginx. It is a Java servlet with extended functionality for communicating with Java servlets while simultaneously implementing technical specifications, like Java Expression Language (Java EL) and JavaServer Pages (JSP).

The biggest highlight of the MonkeyServer is its support for embedded platforms. Mainly, it targets Linux; however, it is designed for macOS too. In addition to a lightweight web server, it is also a development stack.

The Monkey web server is an interesting server that has the potential to be actively developed. It works perfectly on Android, Raspberry Pi, and several other embedded platforms.

MonkeyServer has a relatively better active community than other web servers, so if you need any assistance, you won’t be disappointed.

OpenLiteSpeed is an open-source web server particularly developed for speed, security, and optimization. It is based on the LiteSpeed Enterprise web server addition and provides all the important features in the Enterprise edition.

Apart from working as a web server, OpenLiteSpeed also functions as a load balancer and reverse proxy. It is available under the GPLv3 license and, thus, is free to download. You can enjoy high bandwidth speed and IP-based access control with the open-source web server.

Jetty is a highly scalable and lightweight Java-based web server and servlet engine. Its primary goal is to support web protocols such as HTTP, HTTP/2, and WebSocket with high-volume, low latency, providing optimum performance with ease of use and compatibility that comes from many years of servlet development.

Eclipse Jetty is a modern and fully async web server. It can accomplish awesome results with many HTTP connections and thousands of WebSocket connections.

Originally written in 2009 by Ryan Dahl. NodeJS is a server-side JavaScript environment for network applications, like web servers.

The major difference between Node.js and other web servers is that it is mainly a cross-platform runtime environment to develop network applications.

It supports many modern technologies, such as FastCGI, PHP, SCGI, TLS, SSI, and SSL encrypted connections, authentication, and load balancing.

The Cherokee web server can be updated, modified, and extended to anything. It provides powerful administration with wizards to configure the webserver to perform particular tasks or run applications.

While we have tried to cover the best open-source web servers out there, if you feel we have left one – or many – that should have a place on this list, drop your comments.