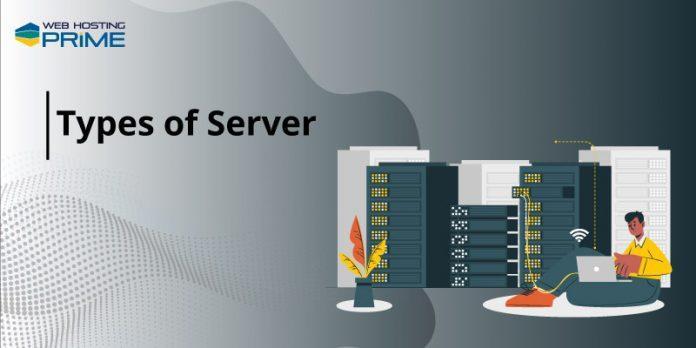 In today’s world where everything is digitized, we are so dependent on servers for our multiple needs. Google being the world’s biggest search engine provides us the data as much as we want from different types of servers.

Let’s start with discussing what a server is. A server is a computer or system that provides data, services, resources, or programs to other computers known as clients. When computers transfer resources with client machines, they are known as servers.

The first line of servers were minicomputers or mainframe computers. But, as technology evolved, they were transformed into desktop computers.

Later, servers developed into powerful computers connected over a network to less-powerful client computers. This network architecture is known as the client-server model, in which both the server and client computer have the computing power, however, there are particular tasks delegated to servers only.

As much as technology evolved, so is the definition for servers. Nowadays, a server is nothing more than software running on computers and laptops. Such types of servers are known as virtual servers. They are mostly run by third-parties across the Internet in an arrangement known as cloud computing.

There are various types of servers based on the various functions they perform. These are detailed as follows:

SMB or NFS protocol is used to access files on servers connected over the LAN network. A file server hardware is designed to maximize read and write speed to enhance performance.

The application framework is the place where applications run. Each and every transaction details are stored as ‘data’ and it needs ample disk space and to be accessible to clients as and when they want.

These types of servers are like a warehouse where the website’s data is stored and maintained. Users get access to the data using query labels pertaining to the database.

This type of server connects printers with a computer system over a network. The print servers line up the tasks until the printer warms up and make sure the latest drivers are installed on client computers.

These days, high-end printers come with their in-built print servers which eliminate the need for separate computer-based print servers. The internal print server operates by responding to print requests from a client. For instance, a computer on a home network can operate in the form of a print server or file.

A Domain name system server is a server that helps to communicate between computers and humans into such language that is comprehensible by both of them.

For instance, when a user enters a domain name, the DNS will translate the same into numeric IP addresses to allow your web browsers to show the requested web page on your desktop.

The DNS server sends a query to various servers, which, in turn, translates a certain portion of the domain name you have requested.

A virtual server consists of a set of virtual machines that are not dedicated to one server, however have shared resources with more than one virtual server. To put it simply, the server is located at some offsite location and used by many website owners. Each one can manage it as if they had complete control over it.

A virtual server uses virtual hardware. The hypervisor passes the computation and storage needs into hardware which is shared among virtual servers.

This type of server can easily send and receive emails over a wide network. All in all, it works as a digital post office that stores the emails and sorts them prior to sending them to the user.

The SMTP protocol caters to outgoing message requests while the POP3 and IMAP protocols cater to the processing of incoming messages.

Under many circumstances, web and mail servers are put together as a single server. However, some of the biggest service providers such as Google and Outlook have their own mail servers.

A proxy server functions as an intermediary server between users and servers or websites. To put it simply, a proxy server totally segregates the communication between local and outside networks.

When any Internet user submits a request, it sends it to the proxy server first which acts as a hub to interact with other servers and return with the important yet required information. For instance, for a web page, the proxy server assesses how to simplify and control its complexity.

A proxy server acts as an intermediary between a client program and an external server for network connection sharing, filtering, and data caching.

The primary goal of a web server is to store, process, and transfer the requested web pages to the user. Here, the client will be the web browser such as Internet Explorer, Mozilla Firefox, Chrome, etc. The protocol used for communication is HTTP (Hypertext Transfer Protocol).

There are some servers that just exist to monitor and manage other systems. These are called monitoring and management servers. Many monitoring servers receive client requests and client responses, however, there are some that do not respond to data themselves.

This way, monitoring servers can keep track of all the traffic on the network and replies of clients and servers too. A monitoring and management server will always respond to requests from monitoring clients like those that are run by network administrators just for observing the network health.

How does a Server Work?

In order to get a website to show up on the screen properly, there are 2 things required:

When any user enters a URL, the web browser divides it into 3 parts that we are going to discuss in detail below:

HTTP is the language browser and web servers use to communicate. A browser sends an HTTP request to a web server and then it transfers the hypertext to the user browser.

When the search gets a request, it checks whether the requested URL matches the current file in operation or not. If it matches, the server will return the requested file and if not, it will return an error page.

DNS (Domain Name System) translates easy-to-remember domain names to numerical IP addresses. When you enter a domain name into a web browser, the Internet service provider views DNS and translates it into a computer-friendly IP address and then a set of stored files. The stored files appear as a website on your screen.

The web server keeps all the data files fully secured with respect to each domain name which consists of all the content, images, HTML documents, videos, fonts, CSS stylesheets, JavaScript files, and many more.

Hopefully, the information explained above has helped you understand what happens behind the curtain when it comes to servers.

The next time you search a query on the Web and land on any random website, you would probably know how much of the work goes behind to make everything accessible for users on the World Wide Web.