Home Programming JavaScript What to use – JSON or XML 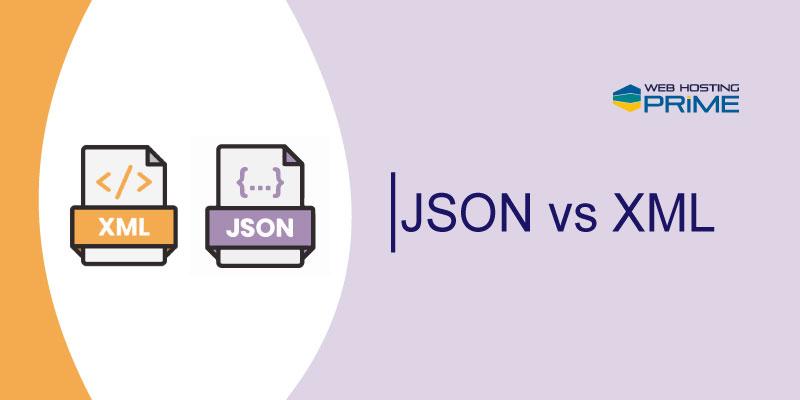 JSON and XML are both widely used. They both contribute to the task of storing complex data in a format that different Application Programming Interfaces, or APIs, and programming languages such as JavaScript, Python, and others can easily understand and read. The importance of this type of technology stems from the fact that data structuring is required for successful data sharing. Nonetheless, despite working toward a similar goal, they operate in different ways. This article compares JSON and XML in order to help you understand how they work and which one you should use. Let’s get right to the point: JSON vs. XML.

First, let us see what JSON is. The term “JSON” means “JavaScript Object Notation.” It is a file format that utilizes text that humans are capable of reading to stow and transmit data objects that have attribute-value pairs as well as arrays. JSON aids users in stowing data in a sorted and easily accessible way. FYI, it provides a logically accessible set of info that humans can easily read.

Needless to say, we must know a couple of things about the history of this file format. So, here are some significant facts regarding the history of JSON:

Now that we know JSON’s history, it’s time to learn some stuff about XML too. So, here are some facts about XML’s history:

Listed below are features offered by JSON to its users.

Let us now inform you about the main differences between these two:

Now that we’ve gone over the differences between JSON and XML, you should have a better understanding of how they work and what features they provide. We’re supposed to be crystal clear on one point here. There is no definitive answer as to which is the better option because it varies greatly from person to person. As you can see from the article, JSON supports all browsers, is compatible with most modern programming languages, does not require parsing and provides immediate access, is supported by numerous Ajax toolkits, and so on.

On the contrary, XML complicates cross-browser parsing, does not work well with modern programming languages, requires parsing to access, is not fully supported by Ajax toolkits, and so on.

However, not everything about JSON is good. JSON is not very secure, while XML is more secure than JSON. Also, JSON doesn’t support namespaces and comments, while XML offers namespace and comment support. Plus, JSON only supports UTF-8 encoding, which is in direct contrast to XML, which provides various encoding support. So, it’s hard to declare a winner in the JSON vs. XML battle. Thus, you’ve got to pick the one that best fulfills your needs.