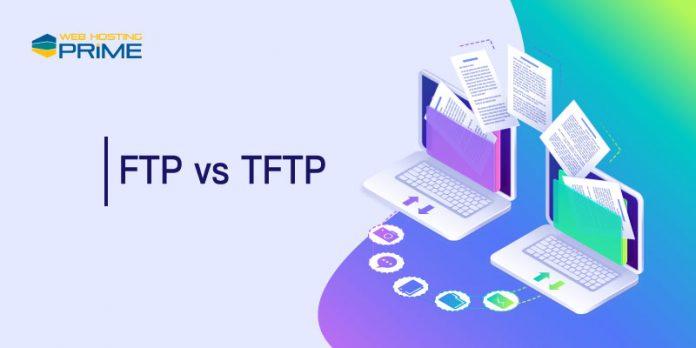 FTP is an acronym of File Transfer Protocol. Just by reading out the complete form of FTP, you can understand where its implementation lies in the computer network. FTP was created in the early stage of the internet and aimed to send and receive files in the old text-based format used back in the early 1980s. At that time, there were no graphics that could be sent via the internet. Apart from file transfer FTP also allows users to access remote computers that are present in the same network.

FTP was one of the original protocols which were used to access information from the internet. Its functionality dried down after the implementation of HTTP, but before HTTP, FTP was the most used file transfer protocol.

The first FTP standard, which was formulated in the year 1971, was RFC 114. It was published before TCP and IP ever came into existence. The predecessor of TCP was NCP, which stands for Network Control Protocol. The FTP was developed to be used in ARPAnet, which was a tiny group of development computers. Then came new RFC standards that redefined the working of FTP; the first new RFC standard was RFC 172, which was released in 1971, and in the same year, RFC 265 was developed.

The significant change in FTP came in July 1972, and it was brought by RFC 354. For the first time, the RFC contained complete information about how the FTP does the communication. After that, a number of RFCs were published, and a lot of them have mentioned the issues which were present in the use of FTP. After some more revisions, we finally got the FTP version that we are using today. The final revision of the FTP took place in August of 1973, and it was published as RFC 542. The only difference between the 1973 FTP and the modern-day FTP is that the old FTP was made to run on NCP. On the other hand, modern-day FTP is capable of running on HTTP and HTTPS.

The Need for FTP?

There are several reasons for the implementation of FTP. For different businesses, the need for FTP will not be the same. Given below are some scenarios where using FTP is a great option.

Following are some of the notable benefits of using FTP:

FTP is designed to help individuals send large files over the network. A company that needs to send and receive large files day in, day out can use FTP to ensure the lowest time for transferring files.

If due to some reason, you have to abandon the file transfer, you can still be able to resume from where you had left it. As a result, it does allow the user to transfer multiple files on multiple directories all at the same time. If you are someone who knows how hectic it is to manage large files, then having the ability to resume and store parts of a single file in different locations is a blessing in disguise. In addition to this, you can work on your system while the computer is transferring or receiving the files.

With the help of FTP, you can schedule the time when the file transfer starts. Your computer will connect with the server automatically and start transferring files.

Most of the FTP hosting service providers now come up with the data recovery option. In an unexpected event, if you lose your important files and documents stored on an FTP server, you can easily get them back. With disaster recovery, files are backed up from time to time so that you can easily recover them in case of a disaster or a power outage.

The computer which is used to create the connection for transferring files is a server. It is to store data and files. The second one is the client computer, which can send files to the server and request data from the server. All the transfer between the client and the server can take place via an FTP connection.

Once the authentication process is complete, both the server and the client will negotiate to open the common port. This common port will be used to transfer files, and it is also known as a data connection.

TFTP stands for Trivial File Transfer Protocol. The TFTP is a more complex and higher-level protocol that is used for sending files from data servers. These data servers are sending files to the hybrid systems, which are diskless workstations and X-terminals. The transfer of files takes place using UDP (User Data Protocol).

TFTP is based on the FTP protocol, but when we use it on HTTPS, it works entirely differently than FTP. One of the main differences is that TFTP uses the UDP connection protocol. However, the UDP protocol is not secure and thus it is not recommended to send the critical information via TFTP.

Trivial File Transfer Protocol is pretty simple in terms of design. But with the simplicity, you are also getting limited features as compared to its rival FTP. Also, TFTP doesn’t provide you with authentication and security while transferring files from one system to another. As a result, it is only used to transfer the boot files or the configuration files between the locally connected computers. Due to limited features, TFTP is hardly used for transferring files. Also, nobody wants to transfer their files using a protocol that offers no security.

You may be thinking that if TFTP is not secure, then why do we need it? To explain TFTP’s use case, we need to talk about how FTP is used. As you know, FTP is used by clients and servers only. Both of these computational systems did have storage to save up files in their local storage. You need to know that FTP was designed three decades back. At that time, getting your hands on a computer was quite difficult. At the same time, finding a storage disk and getting a system online to a network was also not easy at all.

As a result, TFTP was introduced to transfer files to even those systems that don’t have disk space. These computers don’t have a permanent space to store information. Also, these computers start with a tiny piece of software, and during their work, they obtain the configuration information from a server. After that, they download the rest of the needed software from some other network.

TFTP is included in the device bootstrap process for downloading an OS or the system configuration files. Devices that get their IP assigned from the BOOTP (Bootstrap Protocol) or DHCP (Dynamic Host Configuration Protocol) can use TFTP to download their Bootstrap imageTFTP can also work alongside FTP.

TFTP is one of the lightest file transfer protocols, and it leaves a bare minimum footprint. Also, it can fit inside boot ROMs as it uses ASCII and binary modes. When comparing the speed of file transfer, it is much faster than FTP as it uses UDP as its transfer layer protocol. The UDP is relatively simpler than the TCP, which FTP uses.

TFTP sends the files by breaking them into different blocks and then splitting them into 512 bytes each. However, data delivery is not guaranteed when you transfer files using UDP. Thus, TFTP first needs to notify the target device and sends the acknowledgement that each block of the file has been successfully transferred. The subsequent block of a file is only sent after the server received the information about the first one being transferred successfully.

On the other hand, if the receiving end doesn’t send the acknowledgement of the block in the given time limit, the TFTP protocol will again send the same block until the target system sends its receiving acknowledgement.

In case there comes a file that is equally divisible by 512 bytes, then TFTP will send one more block in the end with zero bytes of size to notify the device to close the connection. Due to its waiting for acknowledgement from the receiving device, it is a stop-and-wait protocol.

The key benefits of TFTP are discussed as follows:

As we have already said, TFTP is mainly used due to its simplicity. The protocol is used to enable reading and writing files. It fulfills its role without establishing a connection between the server and the client device.

You don’t need to have ample disk space to use this protocol. Unlike FTP, even a ROM’s memory can be used to transfer the files to your system.

Difference Between FTP and TFTP

Here are some technical differences between FTP and TFTP that you need to know:

FTP vs TFTP: Which One is Better?

By far, FTP is much better than TFTP as per modern standards. Even the smallest of the computers, which can fit inside the palms of your hand, comes with storage space. Even memory cards that are so tiny now can hold up to 512 GB of data inside them. Thus, FTP is a clear winner for a modern age internet user.

But that doesn’t make TFTP a loser in any way. It still is relevant, and some legacy systems are using it to get the IP address straight from their BootStrap. Yes, it might not compete with FTP, but TFTP has its own set of applications.