Home Server How to Hack a Web Server? – A Step by Step Complete... 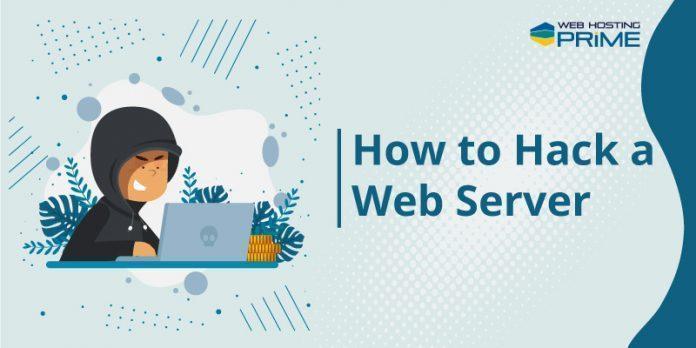 In modern-day economies, customers have shifted to online shopping. The idea of being online to get access to almost everything we can imagine including the products and services that we desire is quite intriguing.

Websites store personal data, such as credit card numbers and email credentials. However, inaccurate configuration and poorly-written codes in web servers are a threat and can be easily used to get unauthorized access to the web server’s sensitive information.

One of the most talked-about and biggest server attacks was the breach of Github in 2018. Github is amongst the most popular code management services used by developers worldwide.

Github was hit by a DDoS attack. Unfortunately, the biggest software development and version control platform was not ready for the inflow of traffic which ultimately surged to 13 terabits per second.

This blog will shed some light on web server hacking techniques and the measures you can take to protect the server from malicious attacks. How? By telling you how to hack a web server!

What are Usual Security Issues in a Web Server?

Web servers are computers, software, or hardware that host websites. Servers run on operating systems that are connected to the back-end database and run several apps without any issue.

In the past few years, the use and popularity of web servers have increased manifold because various online services are executed as web apps. Thus, smoothing out web hosting. A web server can be easily accessed through the name of the website domain.

The web server can be considered as hardware that is used to host the server, software or hardware, or both of them. Its purpose is to transfer files, email communication, among a lot of other activities.

Now, let’s dive into vulnerabilities that hackers usually leverage on:

What are the Different Types of Web Servers?

There are 3 types of common web servers that every user should be aware of:

There are numerous techniques used for webserver attacks. We are explaining some of them here as follows:

In order to secure a web server from internal and external attacks, it is highly suggested to keep it in a safe area. Any small or big-scale company, or even individuals, can adopt the below-mentioned measures to protect the website from web server attacks:

Make sure to disable all unsecured and unnecessary ports to keep your website server fully protected from hackers. Try to always allow encrypted traffic only as this will ensure that there is no unauthorized access provided to invaders.

This post discussed web server security issues, attacks, tools used for preventing webserver attacks, and what measures you can take to keep your server secure from attackers.

Understanding the right security practices will go a long way to prevent a web server from any malicious activities. We are hopeful that you would find this information worth the while and we will be happy to know if you want to mention any important element to this post which we have missed or you think can be a good addition to it.

Good luck with your website launch and if it is already live, we wish it takes you to places and that it does wonders to your business growth.