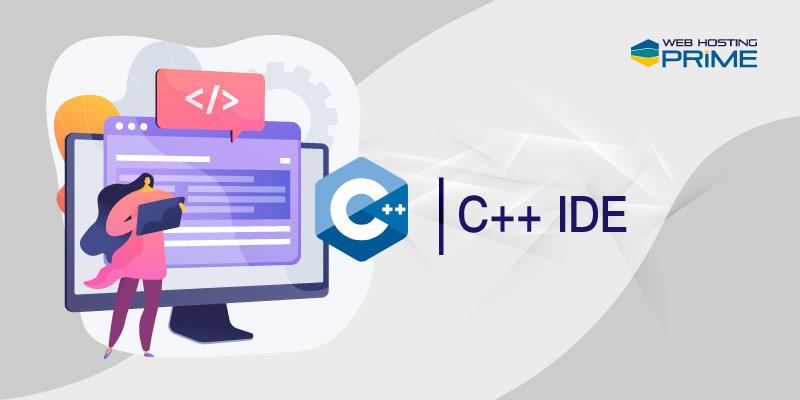 A few years back, creating applications or software from scratch required a lot of struggle because of all of the processes, including basic ones, such as coding, compiling, testing, debugging, build, and deployment runs on various packages. Maintaining and installing all of them gets extremely tedious by developers.

Therefore, for better productivity and quicker development processes, all of the packages required for the development get integrated into a single environment that is known as an IDE (Integrated Development Environment).

A Brief Overview of C++ and IDEs

C++ is a widely popular programming language used for achieving some of the main goals in software development. From developing rich and interactive UIs to building robust applications, the object-oriented programming language has helped many individuals to make top-notch results.

However, for the programming language to run in a favorable environment with everything working properly, IDEs are essential. They are tailored with all the facilities required for developing software that results in improved productivity along with saving a lot of time in installing and setting up the packages.

They also help in editing and debugging the codes along with built-in compilation functionality as well. Moreover, a programmer can also run analysis and compilation while doing compile-time code optimization along with generating codes for integrating with operating systems. 3 of the most integral components of IDEs are:

Apart from these basic components, IDEs can also be integrated with additional features, such as object and data modeling, unit testing, and source code library. In addition, modern IDEs are also embedded with the ability of intelligent code completion that is used for increasing the programmer’s productivity to the fullest.

Visual Studio is currently the leading open-source code editor that is originally developed by Microsoft. It supports various Operating Systems as well such as Linux and Mac and is based on the Electron framework. It offers extreme flexibility to users to include customizable features as well through which they can manipulate the theme, keyboard shortcuts, and preferences.

However, it is to be noted that Visual Studio is not dedicatedly built for the execution of C++ only, but instead, it allows a lot of other popular languages as well such as Java, Javascript, Python, etc. The best part is that it offers multi-platform support as well that benefits developers looking for high-end customization of projects.

Moreover, it is tailored with robust features such as a built-in command-line interface and git integration through which an individual can easily pull, commit, and publish content using a clear Graphical User Interface.

This popular integrated development environment is used for compiling C++ codes and comes with a simple and easy-to-use interface. Originally developed for Javascript, it now supports various languages and also runs smoothly on major platforms, including Windows, Linux, and macOS.

Eclipse also offers an easy debugging, auto-completion, and compilation process and is compatible with various tools for extending its functionalities. Offering automatic validation of syntaxes, Eclipse comes with a clean GUI that is tailored with drag-and-drop features, remote project management, and ready-made code templates.

Being an open-source IDE, CodeLite has a huge user base from all around the globe that majorly utilizes the platform for compiling and running C++ programs. This platform is also compatible to run on popular operating systems, such as Windows, Linux, and macOS, and allows amazing support for compilers along with the easy discovery of errors.

CodeWarrior provides an Integrated Development Environment for building applications within minimal time. It helps programmers to edit, compile and debug software and runs efficiently on two of the widely-used Operating Systems, i.e. Windows and Linux OS. It also simplifies all the tasks by providing the functionality for making all the complex activities easy.

CodeWarrior allows developers to work with various languages such as C, C++, and JAVA and also comes with support for a usual roster of GNU development tools for the Linux environment. This saves programmers from using or adding any extra development tools.

With the help of wxWidgets and GUI toolkit, this IDE itself is developed in C++. Code::Blocks offers high customization options for performing operations on all of the major platforms such as Linux, macOS, and Windows.

It allows the addition of functionalities via plugins. For example, features such as compiling and debugging are added through plugins. Users are offered great flexibility to mold the IDE as per the need.

Code::Blocks was built with a focus on C++ programs only, however, it is now capable of working with C programs as well. It comes with some of the basic features, such as debugging, compiling, and automatic code completion.

It also offers features such as profiling, code coverage, code analysis, drag, and drop feature, etc. Have a look at some of the benefits of using Code::Blocks.

Written in Java, it is an open-source IDE that comes with an interface tailored with a drag-and-drop feature. It also offers various project templates that can be used for creating C/C++ apps with dynamic as well as static libraries.

NetBeans also allows developers to build C/C++ applications from existing codes along with the usage of an amazing set of tools for achieving robust goals.

Users can also make use of various plugins for extending functionality and can also be monitored remotely for project development. Along with offering features like user-friendliness, powerful auto-indentation, syntax highlighting, and refactoring, NetBeans also comes with an integrated multi-session gdb debugger for efficient and quick debugging.

It is a cutting-edge IDE that is available for free and efficiently streamlines the interaction between developers and the software. GNAT comes with an intuitive interface and an easy-to-use GPS that simplifies the source navigation and highlights the basic ideas of the program. With this, you get advanced support for Ada, SPARK, C, C++, and Python.

It is a slightly unique IDE for C++ that allows users to eliminate errors in the program quickly. CLion also allows users to keep a check on the performance of developed applications without much hustle and bustle. It works with macOS, Linux, and Windows on their integration with the CMake build system.

CLion offers a user-friendly interface and can be utilized for testing source codes and debugging them with ease. Moreover, users can also implement robust customizations, project management, code analysis, etc. for making the process of coding easy and fast.

Qt Creator is a truly cross-platform Integrated Development Environment for C++. It enables users to share projects with the help of a single development tool that runs on various operating systems. It comes with an extremely fast interface that supports static code analysis that is based on the Qt framework.

In addition, it helps programmers with ease in the process of debugging, compiling, profiling, auto-completion of code, and refactoring. Building applications for mobile, desktop, embedded devices, etc. gets simplified, and creating high-quality graphical user interfaces and high-performance applications gets much easier.

It is one of the rare IDEs that offers the complete set of features for working with C++ programming. It takes the help of other plugins such as the MinGW port of GNU Compiler Collection (GCC) or any other GCC compiler for offering everything a user wants. However, it only supports Windows.

So here’s the end of the blog! It is a clear fact that IDEs are extremely useful when it comes to software development. They are also useful for increasing productivity by offering various features to the programmers.

However, choosing the right IDE still gets complicated for few individuals. Therefore, before making any decision, look for its key features and check if they suit your demand or not, and then make the decision accordingly.

The blog contains the top 10 IDEs for C++. They’ve been mentioned considering various criteria along with checking the popularity and reviews from the developer community. However, for deep study of any one of the aforementioned IDEs, you can visit their official website.