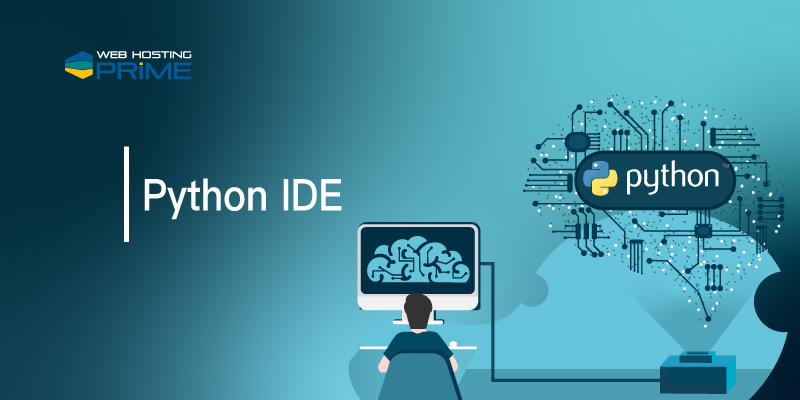 Imagine having to code and manage thousands of lines of code within a tight deadline for an important project. It sounds daunting, doesn’t it? Programming every single line of code manually becomes tedious and unproductive after a while. Each programmer, at some point, needs assistance when writing large codebases in order to prevent human error and improve performance.

This is where useful tools and programming environments step in to make it easier to write and manage such vast lines of code. You can use such tools to write more efficient code in less time.

Learn about one of these amazing tools as we cover its importance, how it is useful, and how it can be used in your coding environment to produce error-free code without having to dedicate too much time or space to it.

A Quick Look at What an IDE is

Usually when people learn to code in a programming language for the first time, they’re encouraged to use a text editor alongside that particular language’s compiler or interpreter. This practice is stressed for beginners as this enables them to learn how to work with the compiler or the interpreter. As you advance to more complex programs and develop full-fledged software, these text editors might not be the most productive. An IDE can help with that.

IDE stands for Integrated Development Environment. It’s a platform that empowers programmers with extensive software development capabilities. IDEs often come bundled with source code editor, built-in automation tools, and a debugger. This can be highly useful for developers as it acts as an all-in-one solution for your software development needs.

Typically, an IDE comes packed with the following capabilities:

As already mentioned, in today’s world where automation and ease of use is a primary requirement every software engineer seeks, there’s a dedicated IDE for every programming language. There is a variety of feature-rich IDEs designed to help coders work smoothly with some languages, such as Python, which is widely used.

A Brief Introduction to Python IDEs

As we are all aware that Python is among the most trending programming languages at the moment. This is because it caters to a vast number of fields such as data science, machine learning, software development, and so on. The language is quite a powerful one, and you can use an IDE to make writing Python code much easier and efficient.

A Python IDE ideally should contain some features that complement and enhance your experience of writing code. Some such features are:

Although very few IDEs offer complete built-in library package installers, it’s a plus to have them as a feature since they can be really helpful, especially for developers using Windows.

Now that we know what to look for in a good IDE for Python, you may be wondering how you can choose the ideal IDE for your application development. Considering that most IDEs out there are all good in their own way, it can be challenging to choose the best one. Let’s take a look at some of the most popular Python IDEs and figure out whether they’re suitable for your needs.

There are numerous IDEs for Python considering its popularity, but 5 of these IDEs have proven to be great for general or specific reasons.

PyCharm is a vastly utilized IDE in the Python community. It is developed by JetBrains and it aims to help professional developers work on large Python codebases. It is packed with features that can help you develop advanced software and applications.

PyCharm is free to use but it also offers a premium version with advanced functionality such as cloud integration. If you’re looking to work with large codebases in a collaborative environment, PyCharm might be a good choice.

Visual Studio Code, or VS code as it’s popularly known, is one of the most versatile IDEs in general. It can support multiple languages such as C, C++, Python, and more. The thing that sets VS code apart from other IDEs is the fact that it contains a store to download any languages’ packages, compilers and interpreters.

VS Code and GitHub are both part of the Microsoft ecosystem, so they have great compatibility. If you often contribute to open-source software, this is the best IDE for Python or any other language. Overall, it’s easy to use and full of features for most use cases such as competitive coding, software development, etc.

Jupyter is a staple IDE used in the field of data science. Jupyter notebooks are easy to work with, especially for people who are learning Python. This IDE is one of the few that supports a browser version.

For aspiring data scientists and quants, Jupyter is a good choice because of its amazing in-built features that are specifically focused on machine learning, linear algebra and graphs in Python.

IDLE is the standard Python IDE that comes with the Python installer. Although it is simple to use, it has some good features that can make it a viable choice for an IDE.

IDLE is a simple IDE with minimal features. But for any casual or enthusiast coder, IDLE should suffice their needs. It is bundled with everything required to learn Python and hence makes an excellent option for a newbie.

PyDev is a simple third-party standalone plugin for Eclipse IDE. It is an open-source IDE that developers use to code Python on for the sheer flexibility offered. It has a simple interface with minimal bloat.

PyDev is a light yet effective Python IDE. As the main focus on PyDev is web development, people who are looking to get into Python web development can benefit from its features.

There are numerous good IDEs for Python development, as outlined above. The majority of them specialize in a certain niche and aim to provide features and functionality to improve the coding experience. Depending on what you are interested in working on, choose an IDE carefully with. Python’s applications are vast, and choosing the right IDE can help you learn it well and build good applications and software.