Home VPN How does a VPN Work? 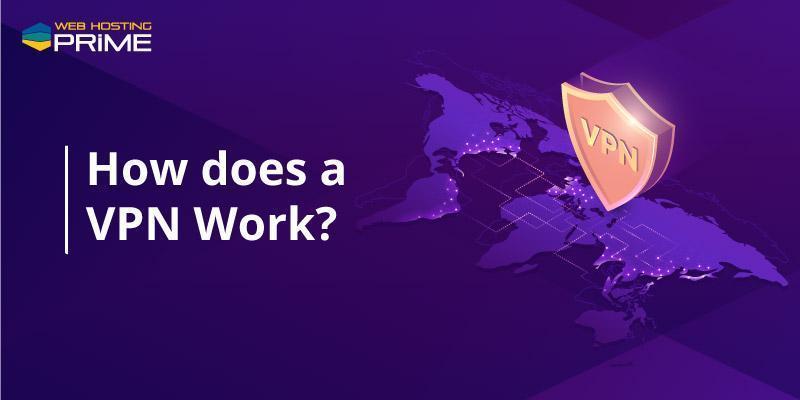 Internet users all around the world are concerned more than ever regarding online privacy and security. A dramatic surge in the usage of VPNs has been observed.

A VPN stands for Virtual Private Network and is known for protecting your online privacy and data and keeping your identity safe. If you are interested in knowing the mechanics of a VPN and what a VPN is used for, then you are at the right place!

Before getting into the inner workings of a VPN, it is important to understand the meaning of a VPN and what does a VPN do?

What is VPN (Virtual Private Network)?

When you are browsing the web, there is a constant exchange of data between your device and the websites that you are using. For instance, the IP address of your device, your location, and other such data is shared with the website before you can view the webpage of that website in your browser window.

If you want to safeguard your personal data and do not want any third party to have access to it, then you can use a VPN. Well, the question arises here about how the VPN works to safeguard the data. A virtual private network establishes a tunnel between your device and the web, and all your personal data goes through this tunnel. This tunnel is an external server, the VPN server, which encrypts your data. The benefits of VPN are manifold in protecting your system from hackers as well as protecting your data from exposure. To secure your home system as well you can go for a personal VPN and the use of a VPN is not limited to organizations only.

Through the VPN server, a user is able to accomplish multiple things:

Users can run a VPN on any device, be it a computer, mobile phone, tablet, smart TV, or even a router. Using a VPN allows you to become anonymous and provides you with a secure bubble to freely surf the internet.

In order to run a VPN, users need a VPN client on their device, which is a type of software. This VPN client connects your computer to a VPN server in another location. Let’s take a look at the explanation of what a VPN connection is and certain terms related to a virtual private network:

How does a VPN Work?

When you have bought a subscription to a good VPN provider, like NordVPN or ExpressVPN, you need to download and install its app on your devices, such as mobile phones, tablets, and computers.

After installing it, you have to select your chosen settings, and then you are set to securely browse the internet. Now, the VPN follows the steps mentioned below in order to provide you with a secure connection:

The encryption provided by the VPN server provides you with tight security against hackers and data theft. The VPN connection also makes you anonymous to the internet because the data traffic is rerouted through the VPN server.

The internet can see the IP address of the VPN server, but your IP address remains hidden, making you anonymous and protecting your privacy. This means that none of your online activities can be traced back to you, giving you increased online freedom.

The VPN application on your device runs in the background and does not interfere with any of your other applications or activities. Thus, you will be able to use your device the same as before, with the only difference being that now you can bypass any online restrictions due to the VPN connection.

How a VPN protects you on public WiFi 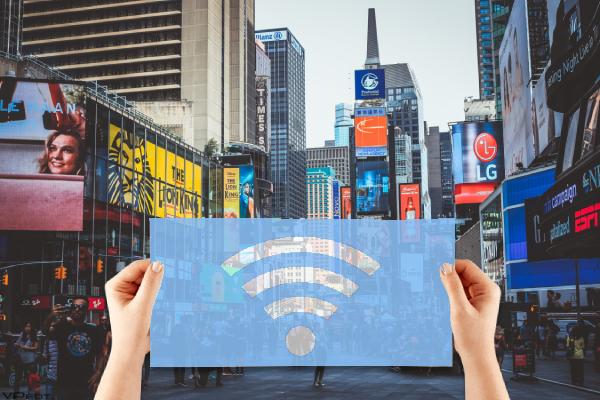 When using a public Wi-Fi network, you automatically become an easy target for hackers as it is less safe than your private network. You are not at all aware of who else is using the same network as you and who has set up the WiFi in the first place.

Hackers and data thieves can easily steal your personal data on public Wi-Fi. As a VPN sends your data traffic through an encrypted tunnel, it makes it almost impossible for anyone to have access to your data. That is why it is extremely important to use a VPN when surfing the net on a public Wi-Fi hotspot.

Is using a VPN Safe?

It can come to you whether a VPN is safe or not, especially when you are putting all your personal data in the hands of someone who can, in your opinion, steal or misuse it.

Your VPN provider can indeed access your private information if it so desires, and so it is important to choose a trusted VPN provider. Most of the premium VPN providers do not log your browsing history via their no-log policy and also do not store your data.

However, some VPN providers can abuse the private data of their users and sell it to advertisers. However, if you choose a paid premium VPN service, you can rest assured that your data is secure. We have mentioned here some of the best VPN providers that you can wholeheartedly trust.

Now, let’s discuss in detail, the advantages, and disadvantages of the above-discussed VPNs.

Does a VPN affect your internet speed?

Some users avoid using a VPN to browse the internet as they believe that it will slow down their internet speed. Some VPNs actually slow down your internet connection because they reroute your connection through an external server. This makes your web pages load slower than usual. But, this is not always the case.

When you buy a premium VPN, like Express VPN or NordVPN, they actually try to make your internet connection as fast as possible, sometimes even faster than usual.

So, when choosing a VPN provider, you should research well and opt for one of the fastest VPNs out there. It is possible that your internet speed may be artificially restricted by your internet service provider or another party. In that case, having a good VPN will actually prove to be highly useful as it will improve your speed.

Having a VPN connection from a reputable VPN provider will be an advantage to your overall internet experience. It provides you with advanced security, privacy, and anonymity while surfing online using an external server that acts as a tunnel.

Now that you know and understand how a VPN works and how absolutely safe it is to use a VPN from a trusted VPN provider, you can go ahead and invest in a premium VPN service to get your data safe and secure and make your internet browsing experience stress-free.

Yes VPN use is completely legal

2. Are VPNs better than Tor?

When used correctly, VPNs are the most secure choice for protecting your online anonymity.

4. Can you be tracked if you have a VPN?

Neither your web traffic nor your IP address can be tracked anymore. The use of a low-quality VPN, however, may still allow you to be tracked.

Your online activity is not hidden by a VPN. It is still possible for anyone to see your social media posts, shares, and pictures.